Little-Known Fact: She's the Only Ad Exec in China to Be Featured on a Postage Stamp
READ THIS NEXT
Watch: Advocating for diversity in advertising

Christine Ng is the go-to woman at BBH. 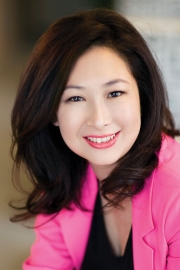 After helping set up the agency network's Asia hub in her native Singapore, Ms. Ng was called on again in 2005 to crack the Chinese market to service global clients. BBH was the first international agency to enter China without a local partner when the Shanghai office officially launched in 2006, and Ms. Ng is still its guiding hand.

"We know setting up anything from scratch would be tough," said Ms. Ng, now BBH China's managing director. "(But) buying an agency is a shortcut ... Being purist is not a bad thing."

Ms. Ng established a senior management team still intact today, no small feat in a market where job-hopping is the norm. With Ms. Ng, CEO Arto Hampartsoumian and ECD Johnny Tan, BBH has developed one of the best reputations among agencies in China. Clients include Johnnie Walker, Coca-Cola, Unilever and Ikea.

In an unusual sign of recognition as an influential entrepreneur in China, Ms. Ng is the first -- and so far only -- advertising executive to be featured on a postage stamp. The background was a BBH-like flock of sheep, with one black sheep in the mix.

"She has a deep understanding of the BBH values and how they should be interpreted for the China market," he said. "She inspires trust and respect ... and has been central to building the reputation BBH enjoys in China."

As BBH's China operation continues to grow, Ms. Ng sees herself as the Lucy character in the "Peanuts" comic, dispensing advice from her psychiatry booth. "You always feel it's still a work in progress," she said. "I don't know (at what) stage you feel that it's grown up."