China's Twitter Remains a Powerful Tool for Marketers like Jaguar, L'Oreal
READ THIS NEXT
How restaurant chains are duking it out to be the best in their categories
A Jaguar video starring David Beckham spread on Weibo.
Credit:

Much of the credit for China's lightning-fast evolution into a social media phenomenon belongs to Weibo, a five-year-old micro-blogging platform that gave Chinese a simple but unprecedented way to express themselves publicly and connect with others.

A hybrid of Twitter and Facebook with a dash of Tumblr and Instagram,Weibo has a registered base of over 600 million, including 66 million daily users, and more than 400,000 brand pages.

But the meteoric rise of China's newer internet darling, rival Tencent's mobile messaging app WeChat, has led to media industry fears that WeChat's popularity will erode the user base of Weibo, which is popular with marketers. WeChat has 396 million active monthly users. 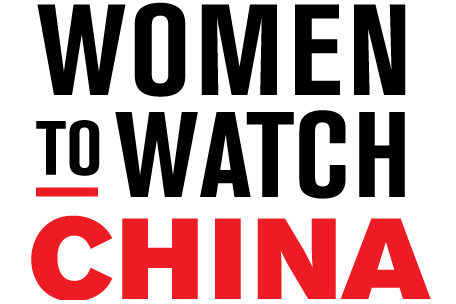 On top of that, China's government has placed more controls on free expression on social media, starting first with Weibo and now WeChat as well.

Despite those challenges, Weibo remains a force in China. And that's thanks in large part to Wang Yajuan, VP, sales & commercial operations at Weibo.

Ms. Wang is one of Ad Age's Women to Watch China 2014 for her role in building Weibo. (See the complete list of honorees here). She oversees product innovations and distribution channels, particularly in the lower-tier cities where internet growth is fastest. Her team refines targeting algorithms and ad formats. And she works with marketers and agencies to develop value-added services.

As if that's not enough, she was instrumental in Weibo's spinoff from Sina Corp. in April 2014 that raised $285 million at a valuation for the company of around $3.5 billion. 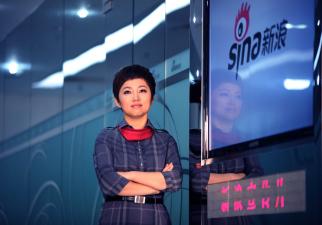 Global brands including Coca-Cola and Durex as well as Chinese companies like mobile phone maker Xiaomi have flocked to the site to engage consumers directly.

When L'Oreal ambassador Li Yuchun, a pop star and actress, was at the Cannes Film Festival, the company offered a limited edition Li Yuchun Beauty Box for sale via Weibo, and 624 were purchased. The hashtag about the star at Cannes had 280 million views.

Ms. Wang said smart brands like these "have used Weibo very strategically, not just as media to reach its target audience, but also to accumulate fans and build sales," Ms. Wang said. "They have good products, are anxious for customers to try and comment on products, and believe social media can play a crucially important role on brand-building."

Brands should also learn from movie stars, she said. "Just as stars promote new movies, brands could promote new products. Millions of fans will go to buy [celebrities'] products and services, just like the fans go to see the movies."

While she is eager to help advertisers engage in online conversations and leverage the influence of key opinion leaders operating powerful social media accounts like Han Han, a professional rally driver and writer with nearly 40 million followers and endorsement deals with brands like Volkswagen, she is careful to balance their goals with the needs of users. Controlling the number of ads in Weibo's newsfeed, for instance,"is definitely a concern," she said.

In its ongoing battle with WeChat, meanwhile, Weibo recently found an ally in e-commerce giant Alibaba. The two companies partnered this year to launch a payment service similar to PayPal called WeiboPayment. Becoming a bigger player in m-commerce is crucial for Weiboin China, where social media is an important entry point to the mobile internet.

"Front-end sales and marketing, which is Weibo's forte, gets connected with back-end order fulfillment, which falls into Alibaba's territory," Ms. Wang said.

The Women to Watch China Questionnaire

Best advice you've ever gotten: Thankfulness and forgiveness are the two paths to happiness.

Biggest change you've seen in the industry: Mobile internet is changing everything.