How Volkswagen Overcame a Crisis in China, in Three Lessons | Ad Age
Skip to main content
Sign In Register

How Volkswagen Overcame a Crisis in China, in Three Lessons

One Communications Tip From the Leader in China's Car Market: Apologize, and Do It Sincerely
READ THIS NEXT
How restaurant chains are duking it out to be the best in their categories

Volkswagen Group is the leader in China's car market.
Credit:

Every year, companies brace themselves for China's March 15 "Consumer Rights Day" show, when powerful state broadcaster CCTV takes on multinationals and their treatment of Chinese consumers. Even some of the biggest brands have been targeted, from Apple to McDonald's to Volkswagen.

When CCTV reported in March 2013 that Volkswagen was selling cars with faulty gearboxes, Catherine Peng, VP of PR & Communications at Volkswagen Group China, had been on the job only two months.

It was a massive crisis for Volkswagen in the world's biggest car market, and for Ms. Peng, it marked the start of two straight months of 15-hour workdays as she huddled with a task force attacking the problem from all angles.

Volkswagen's reaction to the crisis is a useful study because of the automaker's success in China in a year that could have been disastrous. The German automaker, whose brands include Volkswagen, Audi and Skoda, sold 16.2% more cars in China in 2013 than the previous year, beating out previous market leader General Motors Co. In the first half of 2014, it delivered 17.5% more cars than the year-earlier period. 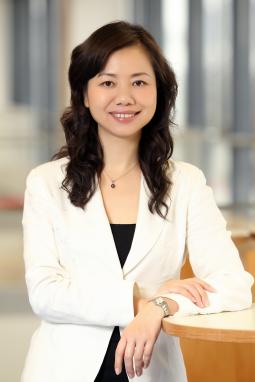 Ms. Peng, named one of Ad Age's Women to Watch China 2014 for her role in handling that crisis, offered insights into Volkswagen's communications response.

Apologize. And Mean It.

The CCTV report was broadcast on a Friday. On Monday, a CCTV camera crew showed up at Ms. Peng's office unannounced, demanding an interview.

"My main message was to apologize to the Chinese customers, for all the inconveniences we brought," she said. And it's important to be sincere.

"Attitude is the most important thing to the Chinese," she said. "And it is true that we had to apologize, because this problem was troubling our customers." In April, at the Shanghai motor show, the chief of Volkswagen in China did so again.

Volkswagen was committed to fixing the gearboxes because they could malfunction in some conditions, in rare cases causing the cars to lose power (though steering and braking were not affected). The question was how to start tackling the issue.

Understand the perception of "recalls" in China

Five days after the broadcast, Volkswagen China announced a recall of some 380,000 vehicles. The company provided free gearbox components for the affected cars and complimentary software upgrades. (Volkswagen later announced a program to address gearbox issues other markets as well.)

In China, a country where consumers are wary of quality issues, recalls aren't always seen negatively, because it signals the company is being up-front and pro-active.

"Recall in China also means, you have a product issue and you want to take responsibility to avoid risks to customers," Ms. Peng said.

Over a few months, Ms. Peng's team had dozens of one-on-one meetings with influential Chinese journalists.

In November, Volkswagen adjusted its whole Chinese strategy to be more focused on people – customers, employees and society.

"I started to talk to our top management, and I said, our problem right now is people think we are arrogant. The German executives were shocked. They asked me, 'Why arrogant?'" Ms. Peng recalled. "I said, Volkswagen is a giant in China. As long as you are the biggest, you are always easily 'supervised,' and people's expectations are high towards giants. So everything we say and do should be very cautious and humble. We should be more caring to Chinese customers and Chinese society."

What does that more humble, people-oriented strategy mean, from a communications standpoint?

Now, when Volkswagen does a news release in China, it starts with the Chinese version first and translates it into English. (It used to do vice-versa.) And it limits news releases about sales performance, because "I don't need to repeat again how well we're doing in figures only," Ms. Peng said.

Now its communications focus more on things like the company's campaign to raise awareness about child safety seats, launched because "we realized that in China, less than 1% of cars are equipped with a child seat when people have a baby."

The Women to Watch China Questionnaire:

Lived abroad: I got my MBA in the U.K. and lived in France for six months working for Michelin.

Best advice you've ever gotten: Never come to a conclusion too quickly.