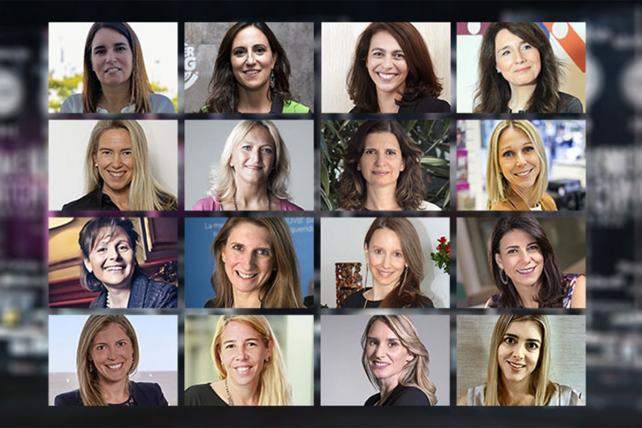 For the fourth year, Adlatina and Ad Age will recognize a group of women who stand out in the field of marketing and communications in Argentina. The event to celebrate the honorees below will take place at the Four Seasons Hotel in Buenos Aires on Monday, May 28th.

Archain has nearly 25 years of experience in account management. She began her career at Lintas Argentina, where she worked with Coca-Cola, Unilever and Johnson & Johnson. Then, she joined Agulla & Baccetti, the most creative local agency of those days, where she managed the Quilmes account. In 2000 she joined Ogilvy & Mather, and for 15 years she was in charge of the regional coordination, repositioning and consolidation of Kimberly-Clark's brands in Latin America. When she was promoted to group business director, she took over the regional direction of SC Johnson and, later, the global responsibility of Mondelēz's Tango. She has recently expanded her role to general account director.

For 11 years Cabrejas has been a part of the Burger King Argentina team, where she is currently marketing director. She has worked on positioning the brand's attributes and innovating in traditional media and social media strategy. Because of that, Burger King has received numerous awards for its campaigns "Los Parrilla" and "Stacker Day," including Cannes Lions and Effies. Her passion, and her team's, allow her to innovate and learn constantly.

Calogero has 14 years of experience in consumer packaged goods companies: Danone, PepsiCo, Unilever and Molinos Río de la Plata. She's been at Danone for over three years, and since February 2017 has led Early Life Nutrition, a $147 million business that encompasses 60% of the formula milk market. She's a member of the company's directive committee and has a key role in business strategy development. As head of her division's marketing team, she manages the brands Nutrilon, Vital and La Serenísima Baby, and she's in charge of business intelligence, digital and innovation.

From 2012 to 2014 she served as marketing manager for PepsiCo International's savory snack business. Before, she headed Unilever's Knorr and Molinos Río de la Plata's Lucchetti.

Coppoli has over 20 years of experience in the industry. As head of design services for HSA at Accenture Interactive, she leads design and innovation projects and fosters that creative culture. Her career began in American Express and Travelpass by Shell. She was one of the digital pioneers when she joined UOL (part of the group Folha de São Paulo) in the year 2000, when online advertising was still a promise. Later, she joined Ogilvy in order to develop the business intelligence area, and then Geometry Global, where she led the Latin American strategy and business intelligence team. She's a psychologist, specialized in theater, playwriting and ancient mythology.

With over 25 years of professional trajectory, Demuru began in advertising and then founded her own activations agency. For eight years she worked closely with Omicom Group. As an associate at Promored she developed national promotional campaigns for big brands. Later, she specialized in CRM and joined Rapp Collins (now called Rapp). For the last 14 years she has led Rapp Argentina's team of over 80 people as managing director.

She's been a juror in marketing festivals, and has won over 40 awards (including several Grand Prix) with the agency's work, in shows like Mercurio, Effie, Echo, Amauta or Amdia.

Demuru is also an active participant in the industry and part of the board of Interact, an association of interactive agencies of Argentina.

In February this year Fernie took over as chief operating officer for Banco Galicia, in charge of systems, technology, operations and infrastructure. Until then, she was the bank's marketing manager, after joining the company in 2011. Before that she was VP at Citibank and commercial manager at Banelco.

For 20 years she has worked in marketing positions related to market research, understanding the consumer and strategic planning.

Since 2013 she is consumer insight and innovation manager at Grupo Cepas, where she helms innovation development and plans that aim at knowing the consumer, the category and the markets and translating that into concrete business actions and key inputs for the communication strategy of every brand in the portfolio.

Hugony is passionate about client experience, and has a trajectory of over 20 years in the industry. She began her career in 1996 at Teleperformance Argentina. In the year 2000 she moved to the U.S. where she worked for Teleperformance USA, Atento Global and Microsoft LATAM. Ten years later, she went back to Argentina to join Telecom Personal, and later DirecTV Panamericana. Today, she is client experience director at Fravega. Her focus is easing the company's transformation towards a client centered culture, and aligning the processes, behaviors and systems, so that the consumer's experience is so good that they recommend and buy again.

Passionate about human behaviour and international business, Lanzani has developed her career in the industry along with a strong and ongoing academic formation. She has founded and led Barilla's marketing departments in Brussels, Tokyo and Sidney and directed projects in consumer marketing, shopper marketing and category management between headquarters and branches.

In 2016 she received the awards Insignia Merito e Talento of the Associazione Dirigenti Italiani. In 2012, she joined Molinos Río de la Plata and moved back to Buenos Aires, where she is "working and learning."

Born in france and an MBA graduate from ESSEC in 2001, Lozé has lived in Mexico, where she began her career in the dermocosmetic industry. In 2003, back in Paris, she joined L'Oréal to develop the Vichy brand in Latin America. She then moved to the France subsidiary, and took on different responsibilities, such as marketing manager for Vichy, Inneov and Sanoflore. In 2010, she was tasked with developing Roger Gallet and Sanoflore in the European market. In 2013, she was named manager for Roche-Posay America, based in Paris, her latest role until her appointment as general manager of the active cosmetics division at L'Oréal Argentina.

In the year 2000 Rapino began her career at Siemens, where she led internal reengineering processes at the Mercosur level. In 2005 she veered towards CPG: she worked for Clorox and later Danone, leading the launch of Calci+ (which became an international benchmark for having surpassed all sales expectations) and the brand repositioning for Ser, which she took from being diet-focused to wellbeing focused.

In 2010 Rapino started working for Genomma Lab, where she took on the responsibility of making leaders out of brands such as Cicatricure, Asepxia, Goicoechea, Bengué, Next and Tío Nacho, and re-launched Tafirol a Piecidex. In 2015 she was made marketing and innovation global manager, based in Mexico, and in 2017 she became general manager for the Brazil subsidiary. Rapino moved back to Argentina after being named manager of the OTC unit by Elea Phoenix, with the challenge of accelerating business growth.

Communications manager for Google Argentina since 2013, Sabatini has been working in Google's communications sector for over seven years. She is a public relations graduate from UADE and most of her work experience was in PR consulting for a number of different industries. She is known for her achievements at Edelman, after working at the Argentina and Mexico offices.

Before joining Google, she was regional PR manager for Sónico (by FNBox). She has taught for over ten years at UADE and Universidad Nacional de La Matanza. Nowadays, she is a speaker for global events about journalism and communications. In 2013 Sabatini was honored by the Consejo Profesional de Relaciones Públicas de la República Argentina with the Professional Excelence in Public Relations award. In 2017 she was given the Platinum Konex Award for Institutional Communications.

Named Latin American Marketer Sub 39 of the year in 2017 by Adlatina and Scopen, Saroka has a vast experience, both on the client and the agency side, in Argentina and Spain. This year she was appointed as managing director for McCann Argentina, after having worked for seven years for Coca-Cola, where she was integrated marketing and communications manager. Before joining TCCC she lived in Spain, where she worked at J. Walter Thompson, Comunica+A and Saatchi & Saatchi Madrid and managed accounts like Corona Extra, General Mills, Real Madrid, Sony, Toyota and Visa. Saroka began her career in 2000, in Varig's marketing department, and later worked for Young & Rubicam Buenos Aires.

Sommerfeld has a long career in the tech industry, with over 15 years in telecommunications. Today, she runs the marketing team of a company that has reached excellent brand awareness results after only a few years in the country.

She has a bachelor in economic sciences and a master in finance from Universidad Torcuato Di Tella. After starting out in Telefónica Unifón, from 2005 to 2016 she held different local and regional positions at Nokia/Microsoft, until she became marketing director for Argentina.

A year and a half after she joined Huawei as marketing and retail director, the company got very high brand recognition, even above the world average (87% vs. 81%). She leads a team that she aseembled herself and, because of her origins, requires multicultural work,

Thesing has over 18 years of experience in marketing strategy for the service and finance sectors. During her career she has managed and successfully executed transformative brand strategies, that drove business growth and impacted the fundamental metrics. She has managed large multidisciplinary teams, launched promotional campaigns and designs digital platforms such as mobile apps and 360º campaigns, that reached the media and the press. Thesing combines knowledge of media (such as the power of technology) to connect with audiences and promote products and services.

Over 20 years Toro has held several positions in marketing, sales and trade marketing in Latin American CPG and industrial companies: Gillette, BP, and for the last 10 years Johnson & Johnson.

Nowadays, she leads the marketing team for the South cluster, which includes 23 brands and seven countries: Argentina, Perú, Ecuador, Chile, Uruguay, Paraguay and Bolivia. At Johnson & Johnson, she has set a course of transformation in communication, focused in a more modern and precise marketing, and has reached excellent results. 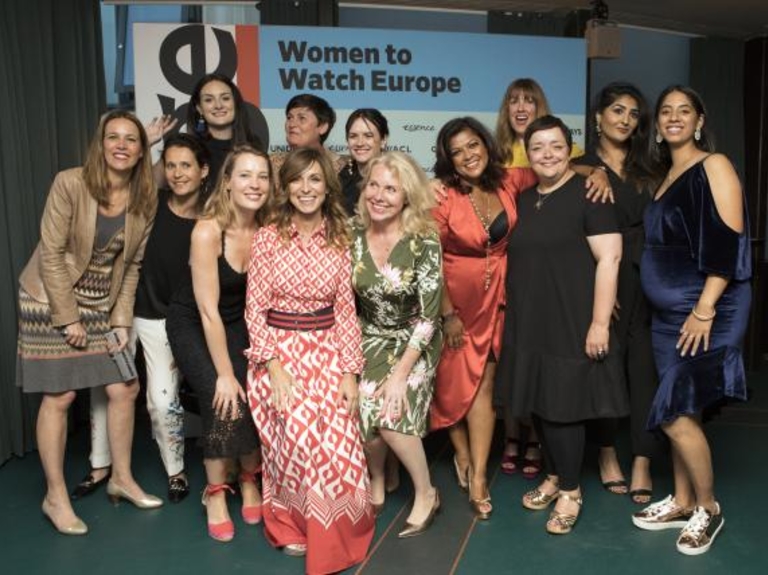 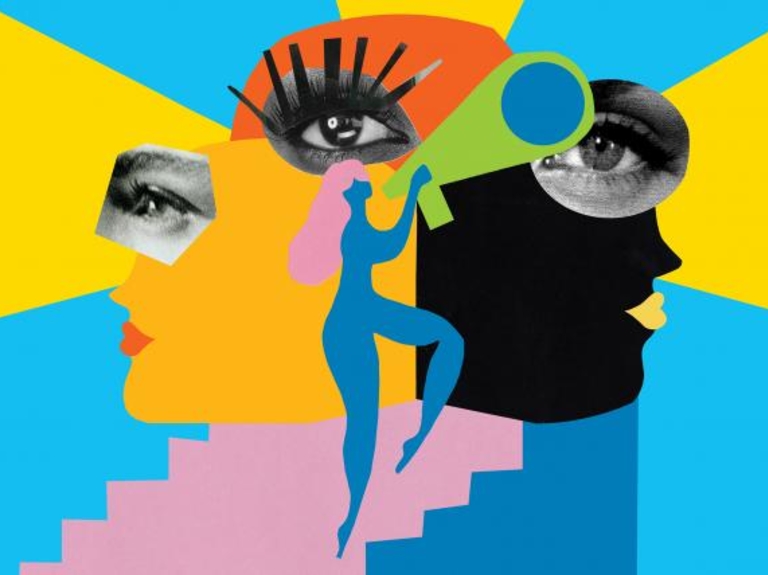 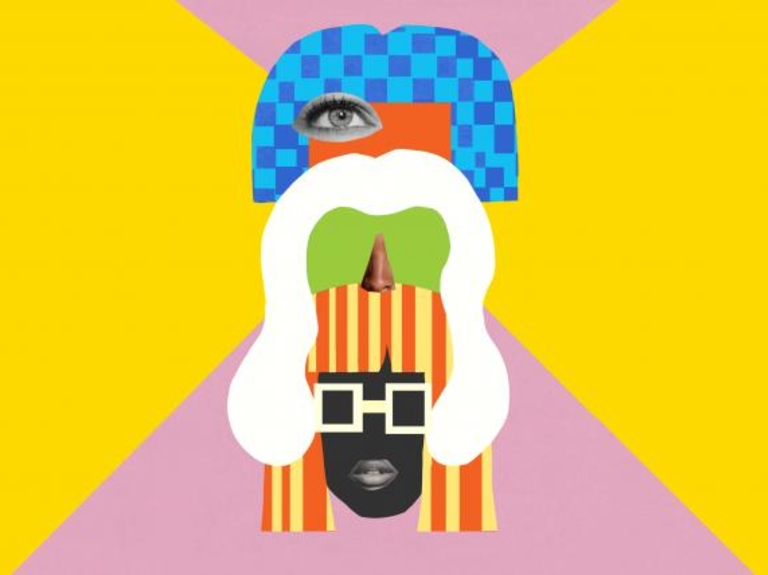 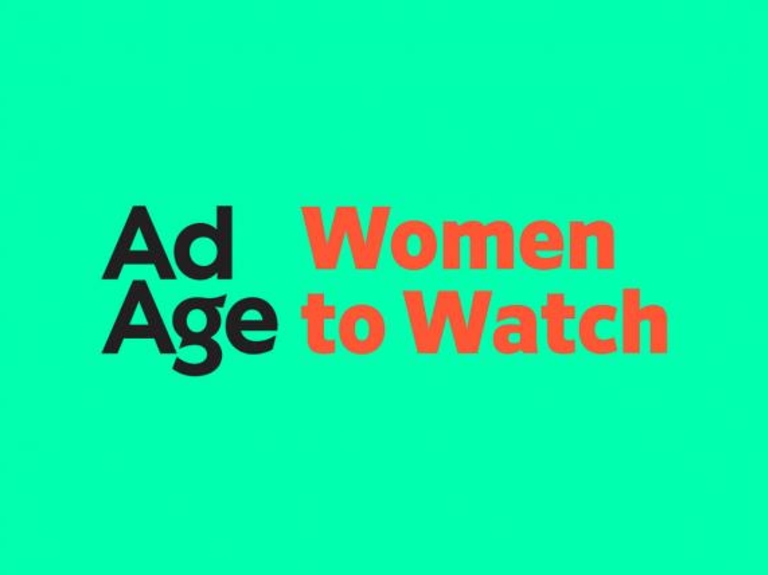 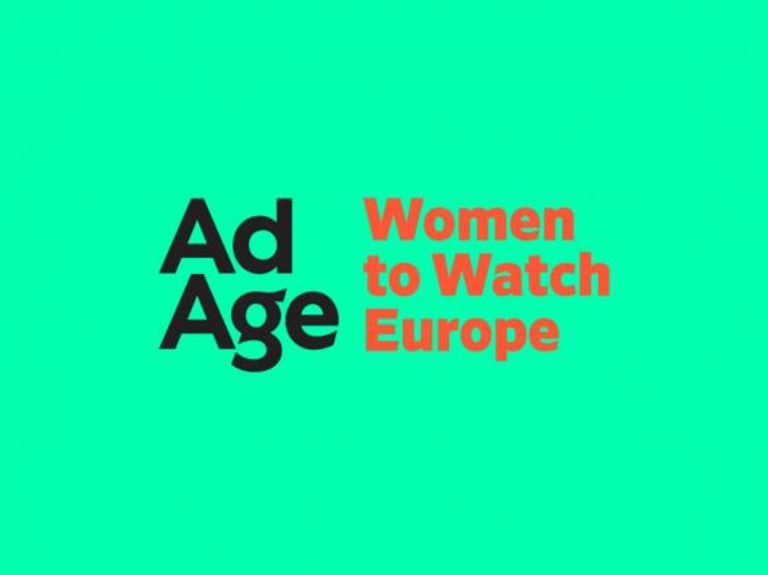