Managing Director
READ THIS NEXT
Watch: Advocating for diversity in advertising

While studying at the Temerlin Advertising Institute at Southern Methodist University in Dallas, Tiffany Coletti Titolo participated in national student ad competitions for Toyota and Bank of America and helmed the advertising club on campus. Right out of school, she landed her first agency job, at WPP's Grey in San Francisco.

Many executives stumble into the business, but Ms. Titolo has been determined and focused in the career choice. Judging by how quickly her star has ascended, she made the right one. 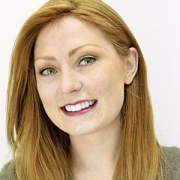 So impressive was her performance in her first two weeks into her job at Grey as an account coordinator for Oracle that she was promoted to account executive. Two months later she was elevated to the worldwide team, with the clients insisting on Ms. Titolo's presence in meetings. From there she went to McCann, San Francisco, to work on General Motors and the Oakland A's. After a three-year stint, she joined another local shop, Eleven, where she helped reel in accounts like Virgin America and Calloway. That was the post that propelled her into her current role as managing director at Dojo, owned by Brazil-based Grupo ABC.

Ms. Coletti's ascent is all the more impressive because she's always forged ahead even in the face of challenging personal circumstances. Having suffered from an autoimmune disease since she was a small child, Ms. Titolo developed Alopecia, which in late 2009 led to her losing 85% of her hair in 40 days.

"You start questioning your own identify. You start questioning your ability to own a room, direct a conversation and build confidence in your peers and colleagues," said Ms. Titolo. "I wrongly assumed that because I was no longer me on the outside, some of my business cachet had diminished. What I learned, however, is my personality strengths and the knowledge that I had about the industry trumped the fact that I was bald. It was a pivotal moment for me. Shortly after, almost the entire agency [Eleven] shaved their head with me, which was a pretty remarkable experience. Talk about support! We donated a lot to Locks of Love that day."

During her life, Ms. Titolo has had two mentors, her mom, and former Dell marketing exec and now consultant Casey Jones. Said Mr. Jones: "She is more -- perhaps than any young person I've ever met -- comfortable both in her own skin and in any room with any level of executive, rock star, or TV personality. You can put her in front of a client and know that she's bulletproof on her stuff."

Knowing what you know now, what career advice would you have given yourself when you were starting out?

Read, engage and pay attention. Right time, right place is only "right" if you have the right information and preparation. Never burn a bridge, this industry is far too small.

What is your favorite book?

"The Catcher in the Rye" by J.D. Salinger.

Give us one fact about yourself that will surprise people.

Lobbying Congress in support of education reform in the U.S.

What's your favorite kind of music?

What is your dream vacation spot?