Casting a long shadow over much of Go Film's work of the past year, and indeed the rest of the ad business, was T.A.G., San Francisco's Halo 3 juggernaut for Xbox. The Simon McQuoid-directed spots and webfilms broke wide open any standard or traditional approach to marketing video games that came before it, and picked up the 2008 Cannes Lions Grand Prix and just about every other top accolade for the effort. Tim Hamilton added some action to Verizon with Michael Bay, while Christopher Guest's familiar touch marked the funny Cable Boardroom spots for Directv, as well as the Webby-winning "The Stu Osborn Show" for Microsoft. Newcomer Benjamin Weinstein was shortlisted at Cannes for his work for the BC Lions out of ReThink, Vancouver. 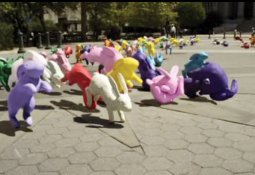 This year saw Frank Budgen's take on the Sony Bravia rainbow, "Play-Doh," in which the director unleashed troops of clay bunnies onto the streets of Manhattan. He also lent his own interpretation to Monster's workaday monotony, on "Slots," starring a zombie-like workforce that sleeps through the day, sliding along tracks. Chris Palmer added to his inventive oeuvre, staging his own death for Saatch's New Directors Showcase and re-enacting a psychologicalexperiment on Transport for London. Meanwhile Vince Squibb took a reverse approach to alcohol PSAs for Home Office and set penguins aflight for BBC iPlayer; and Peter Thwaites partnered with Vegaolmosponce on Rexona and Impulse. The solid creative output helped push the shop to second-place runner up for this year's Palme D'or. Notably, the formerly compact boutique nearly doubled in size, adding acclaimed documentary filmmaker Nick Broomfield (Kurt and Courtney, Aileen-Life and Death of a Serial Killer) and Park Pictures talents Lance Acord, Joaquin Baca-Asay and Joachim Back.

Baker Smith's stamina was at an all time high. The director shot an online campaign for Gatorade and Element79, featuring hilarious videos that eventually made their way to television, including one in which a ball girl out-catches a pro athlete on the baseball diamond. He also directed Pepsi's "Bob's House," an all sign language Super Bowl pre-game effort; personified a cell users' phonebook for the Bronze Lion-winning "Creation" for Bouygues Telecom; and led one of Johannes Leonardo's cross-cultural efforts for Pangea Day. Smith also made his art world, and short film debut, shooting?and starring in?Dust, which Harvest produced in partnership with N.Y. artist Ethan Murrow. Meanwhile Michael Downing kept his comedic form on ESPN and Secret; BigTV brought more festivities to Payless while Adria Petty applied artsy touches to a PSA for CASA and Duffy's "Mercy"clip.

HSI power player Sam Bayer steered everything from the emotional Dwayne Wade Converse spot "From Robbins, Illinois" to the highly anticipated Crispin Nike debut "A Long Time Coming." Brett Ratner debuted spots for Guitar Hero, while clips master Joseph Kahn upheld HP's artful legacy on "Jerry Seinfeld" and "Serena." The shop also added to its collection of landmark music video work, producing the innovative N.E.R.D. "Everyone Nose" music video and branded website, with director Diane Martel and the creative team at T.A.G. Beyond that, HSI steered its share of nontraditional work: Ryan Ebner directed one of the Gap's "Sound of Color" films, Simon Henwood was tapped by Kanye West to design and create the musician's "Glow in The Dark" concert tour and ESPN called upon The Saline Project to create a series of webfilms instilling fear in X Games fans. Although HSI lost some of its key talent last year?former MD Kerstin Emhoff and A-lister Paul Hunter broke off to form their own shop, Prettybird?the company's roster remains as fresh as ever, thanks to the addition of outside the lines talents like animation/directing duo Tronic, actor-slash-director Kevin Connolly of Entourage fame, director/DP Doug Nichol and photo stars Rankin & Chris.

Although a revolutionary shift occurred at Hungry Man with the mass exodus of some of its most talented directors and execs over the past couple years (leading to the launch of O Positive and Station Films), the shop maintained its game, thanks largely of course to the work of co-founders Bryan Buckley, busy on spots forBud Light, Snickers, Orange, American Express and Hank Perlman, who shot for Holiday Inn Express, ESPN, MSN and Toyota. Meanwhile, the company added a slew of fresh talent that could signal a new era of diversity for the Hungry Man's historically humorous output. Comedy will, of course, remain a forte, now that the team includes the likes of "I'm f*cking Matt Damon" director Wayne McClammy, creative-turned-director Brian Billow and Hein Mevissen. But the addition of Kid Stays in the Picture's Nanette Burstein, multimedia talent Mitch Stratten, artist/actor/ writer/director Taika Waititi (of Flight of the Conchords fame) makes for an even more well-rounded lineup.

This Argentine shop landed on the runners up list for this year's Palme D'or, largely driven by the work of frontman Andy Fogwill, who shot a hilarious round of spots for Schneider beer, including the "splendid" body morphing brew drinkers and the Huggables, for Coca-Cola. Other Landia highlights include the MTV father and son who share everything, including pop's hair, a VW gender mixup, and sensitive moments, for Renault.

The spotlight has shone brightly on Mekanism these days, thanks to the unique combination of broadcast, interactive and tech talent that, since the company's founding, has pointedly addressed "production of the future." Well, this year the company continued to make good on its mandate, on campaigns likes Tostitos anti-fun campaign, NOLAF, Axe's "World's Dirtiest Film" and an innovative website for Harmonix's Rockband, for which the shop conceived, designed and developed a fully interactive social network that allowed players to share their "gigs" with other gamers around the world. This May also saw the big screen launch of Tommy Means' surf doc baby Surfwise, in partnership with Mark Cuban's HDNet Films and Vanity Fair editor Graydon Carter. The shop also went bi-coastal in '08, opening an office in New York and adding directorial talent like former Mother/N.Y. creative team Dave and Rory and artist/director Bott Scary. Tech-wise, Mekanism bulked up with technology director Chris Brant, who the founders fondly say "knows how to predict the future with a few lines of code." 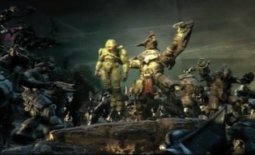 MJZ now has three golden leaves in its cap, in June taking home the Palme D'or for the third time at Cannes. Rupert Sanders ruled the roost, earning multiple top honors for his work on the Halo 3 "Believe" campaign and other impressive spots like Travelers "Delivery," which earned him one of shop's three Emmy nominations. The other two went to masterful Dane Nicolai Fuglsig, for Coca-Cola's fanciful balloon fight "That's Mine" and Tom Kuntz's ridiculous carrier pigeons for Fedex. Both Fuglsig and Kuntz were in peak form, with Fuglsig also earning this year's DGA for Guinness "Tipping Point," JCPenney "Magic" and Motorola "Journey," while Kuntz had another nonstop year shooting Milk, Dell and the close to our heart Skittles"Pinata." Craig Gillespie was busy on the big screen, releasing last year's gem Lars and the Real Girl, a redeeming follow up to his Mr.Woodcock. Although Spike Jonze was buried in production on his upcoming Where the Wild Things Are, the MJZ bench got even more imposing, with the addition of indie darling Harmony Korine.

We can always count on Motion Theory to step up the game on visually-inspiring ideas?as evident on its work this past year for HP, Lexus, 02 and NYC & Company, which sprinkled colorful Manhattan cultural clich?s onto New York's gritty cityscape. The shop also showed it knows a thing or two about comedy, Weezer's "Pork and Beans," which starred a decade's worth of internet memes, from the dramatic chipmunk to Chocolate Rain singer Tay Zonday.

It's been a fast-paced, multifaceted year for the Moxie family. Notable spots were a given, considering the shop's stellar lineup of talents: Henry Lu elevated his director profile in a big way, with work for UPS, Wal Mart and Brita. Kings of comedy Martin Granger and Frank Todaro brought nonstop laughs to Verizon, Holiday Inn, American Airline, Comcast and AT&T. Feature vets remained strong spotswise: Wes Anderson did a geography remix on a new brand campaign for AT&T, out of BBDO/N.Y.; Nike had "No Excuses" thanks to Errol Morris and Todd Hayne paid the beer love forward for Heineken. Beyond spots, Moxie produced a round of shorts for Toyota, "Line of Scrimmage," as well as an hour of golf content for the Masters and the Augusta National Golf club. The shop's political marketing/issue advocacy firm a-political joined the media team for Hillary Rodham Clinton's presidential run and also acted as strategist/consultant in Darrel Aubertine's winning campaign to the N.Y. State Senate. Meanwhile, music consulting division Search Party continued to turn out notable achievements, including the multi-artist score for HBO's Grand Prix-winning "Voyeur Campaign," as well as major films like The Darjeeling Limited, Stop Loss and The Savages. On the global front, the Moxie opened a fourth hub in Bangkok, in the hopes of leaving its creative imprint on the Asian market. 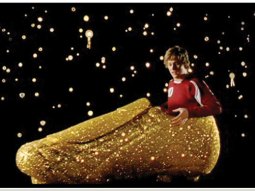 It might be hard to follow up a masterpiece like Honda's "Grrr" or Coca-Cola's "Videogame," but year after year Nexus has managed to do so with ease, thanks to its vibrant collection of animation and design directors. Marquee duo Smith & Foulkes revisited Coke on "Unity" and debuted This Way Up, the pair's first short. Former Saatchi New Director Woof Wan-Bau was behind the spectacular, Gold Lion-winning "Damn Boots" film for Johannes Leonardo, while the shop opened up even more visual possibilities with the addition of Johnny Kelly, who shot the frustratingly good Procrastination short and Roel Wouters, the clever design mind behind the "ZZZ is playing: Grip" clip?both of whom were featured in this year's Saatchi Showcase. The shop's reach is growing?it opened Mighty Nice, a studio in Sydney Australia, led by ex-head of 3D and BAFTA-awarded director Darren Price, and allied with Les Telecreateurs in Paris. 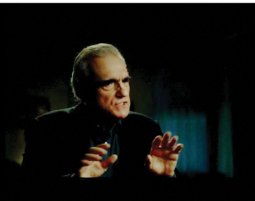 What a launch year it's been for O Positive. At Cannes, it jumped onto the list of finalists for the Palme D'or, in fourth after biggies like MJZ, RSA and Gorgeous, thanks to award winning efforts from frontman Jim Jenkins. Following his 2004 "Scorsese" for Amex, he reunited with the venerable director on a multi-awarded cinema spot for AT&T, out of BBDO, in which Marty steps in to up the drama of a family's bedtime moment. Jenkins also shot a hilarious new round for Fedex and some ridiculously entranced individuals forComcast, while David Shane proved once again to be a maestro of performance on KY and Comcast. Since then, the roster grew by a third, and by a gender, with the addition of Autumn de Wilde, director of innovative clips for Death Cab for Cutie, Beck and the Raconteurs.