We were also much obliged to survey some of the most significant digital players?straight up production shops or hybrid creative entities who realized the year's most exciting and innovative new media and tech-driven ideas.

@radical.media looked toward Asia this year, opening up shop in Shanghai and producing Nike branded content projects for the Chinese market, including the documentary Dare, directed by Ralf Schmerberg. The Glue Society re-routed the historical POV on the 1989 protests at Tiananmen Square for Johannes Leonardo's Pangea effort; Steve Miller shot Dos Equis' "Most Interesting Man in the World"; Chris Riggert introduced office nut cases for Brother; and Dave Meyer took Missy Elliott into 3D in her "Ching-a-Ling" video. As expected, excitement brewed aplenty in non-spot spaces. West Coast met East Coast in the McCoubrey Brothers' artsy adidas big shoe showdown, and the company's car-on-demand channel DriverTV picked up the pace thanks to a new partnership with NBC Universal, which paid $6 million for a 35% stake in the effort?proving home grown ideas might just be worth the investment. Taking a Planet Earth-style approach to documenting urbanization around the world, @radical partnered with TED Conference founder Richard Saul Wurman on the launch of the 192021 initiative, which will document and study 19 "supercities" to see the repercussions of population density on business and urban planning.

Believe Media was back with some high-profile hits in and out of the ad game. Zack Snyder continued work on the much-anticipated film adaptation of The Watchmen, set for a March 2009 release, while new roster addition photog and all-around hipster mascot Terry Richardson made some waves with his work for Belvedere vodka and Tom Ford. Whitey helped Kobe jump over an Aston Martin in a truly viral effort for Nike, and added to his music video quiver with new work for artists Santogold, the Thermals and Cobra Starship. Believe also financed Kassim the Dream, a documentary on the life of Ugandan boxing champ Kassim Ouma, who went from child soldier to professional sweet scientist, which premiered at Tribeca '08 to raves.

All things Biscuit start with Noam Murro. It was a busy year for the acclaimed director, who saw the premiere of his debut feature Smart People at Sundance, then distributed by Miramax. On the commercials front, Murro continued to churn out award-winning work, most notably his Lion-nabbing efforts for VW?"Night Drive" and "Dog," respectively?and the genetically-modified bunny for Comcast's "Rabbit." Aaron Ruell (aka Kip of Napoleon Dynamite) released Some Photos, his first book of photography, in between work for Comcast, Dominos and the NBA. Steve Rogers teamed with Radiohead to create the video for the band's track "All I Need" for MTV Exit in an effort to raise awareness of human trafficking, while Tim Godsall gave AMP its "Walk of No Shame" and Old Spice a series of informative spots with Will Ferrell's Semi-Pro character Jackie Moon. Clay Weiner took the use of the word " Dude" to new levels for Bud Light while continuing to release footage of the world's funniest and creepiest Mom on YouTube. 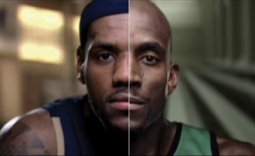 Dayton/Faris continued Sprint's dazzling show of light and directed Goodby's NBA finals campaign, which juxtaposed the fierce looks and words of competing b-ball giants. A steady supply of laughs came from the entire roster, as on Peter Care's suggestive BK "Morning Tongue" spot, featuring a guy with an embarrassingly stiff organ and new happy cow antics from Chris Hooper for CA cheese. When it comes to sappy love moments, they couldn't be more charming than on Lisa Rubisch's work for Chemistry.com. Beyond spots, Spencer Susser shot a self-produced must-see intersection of love and zombies in the creepy yet touching short film I Love You Sarah Jane, Trish Sie directed more dance moves for Goodby's Haagen-Dazs Honeybees campaign, and for all of you who thought that bird-poop-in-reporter's mouth clip was the real thing?surprise! Just another genius comedic moment from Bob Odenkirk, who also staged a "making of" and a dog doo follow-up during his downtime from directing ESPN's internet campaign for March Madness.

From feature films to web content to spots, Chelsea directors were everywhere this year. Johan Kramer directed the San Marino episodes of the adidas/180 "Dream Big" project; Christopher Quinn did work for Microsoft, Neil Tardio shot for Volkswagen, AT&T and Cingular, while Larry Frey turned in spots for Walmart and Wendy's. On the film front, Lauren Greenfield's documentary kids+money premiered at Sundance and was picked up by HBO; Alex Gibney's Gonzo doc took a closer look at the late, great Hunter S. Thompson; and David Gordon Green's pie-eyed action flick Pineapple Express, starring Seth Rogen and James Franco, was one of the summer's most anticipated releases. Smaller tube feats were aplenty for Chris Wilcha, who earned another Emmy nomination for his direction on the acclaimed series This American Life.

Usually behind the lens, both Mike Mills and Geoff McFetridge found themselves sitting in front of the camera for the art documentary Beautiful Losers, directed by Aaron Rose. Mills also saw his own documentary on big pharma and depression in Japan, Does Your Soul Have a Cold?, re-released and also made available on iTunes. Patrick Daughters lent his skills to the Zune campaign, Mike Maguire introduced the prickly ways of Cactus Boy in a series of Oasis beverage spots, and the Roman-Coppola-directed Arctic Monkey's video "Teddy Picker" won best video at the 2008 NME Awards.

Epoch added to its international line-up this year, thanks to a partnership with Rattling Stick in the U.S. The shop recently found itself involved in a lil' Cannes scandal with Mike Long's JCP "Speed Dressing" spot, which, so the story goes, never got client approval. Neverthless, the spot was pretty damn funny and there's no denying Epoch's stellar productions elsewhere. Phil Morrison continued his award-winning work for Apple, and Matt Aselton turned in a hilarious spot for Old Spice featuring former TV doctor Neal Patrick Harris. On the film front, Aselton wrapped shooting feature debut, the comedy Gigantic, starring Paul Dano, Zooey Deschanel and John Goodman.

Although EP Matt Factor set off to do his own thing, Furlined continued to build its coat of comedic arms this year with standout spots by The Perlorian Brothers, who turned in great work for Droga5's TAP Project, some squeaky clean language for Orbit and spliced Duran Duran and Bruce McDonald for Old Spice. Speck/Gordon let us know the sad fury of an old car's scorn for the snazzy rental, courtesy of Avis, and David Turnley added to W+K's Nike hoops history with a portrait-based effort for Brand Jordan called "Look Me In The Eyes." Out of Blink, Juan Cabral turned everyone's?millions of YouTubers, awards judges, gorilla aficionados?attention to Cadbury with a certain Phil Collins' loving ape, as well as its follow-up "Trucks."