Marketers May Be Unprepared as War for Attention Shifts to Apps

From Smartphones to Tablets, New Way of Consumption Has Reshaped Marketing Landscape
READ THIS NEXT
Maybe the New New Thing Should Be Nothing

A fundamental paradigm shift is now well under way that will touch every brand marketer in every country around the world. Like search and social before it, the rapid and widespread adoption of new technology -- in this case, mobile apps -- will increasingly pitch marketers in a heated battle for surface area in an entirely new theater of operation: the app stores.

Unfortunately, I fear that most marketers are so bogged down fighting today's still-relevant and raging web wars (e.g. the battle for primacy in search and social) that they maybe woefully unprepared as the center of gravity shifts toward what Forrester CEO George Colony calls the "App Internet." 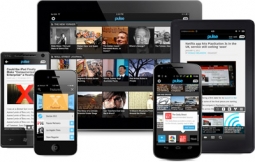 "The web is dying," Colony recently blogged. However, he believes that the internet is alive and well. "It's the software on top that will change," he wrote.

Colony's theory is proving to be spot-on. Consumers are spending more and more time with mobile apps than they are in mobile-web browsers. Flurry, an analytics firm, reported recently that U.S. consumers spent 94 minutes a day in their apps vs. 72 minutes a day in mobile browsers. This gap increased dramatically during the last several months.

Taken together, this means that we are quickly forming new behaviors and habits that could upend the entire marketing ecosystem. The impact will be felt not just in the developed world, but in huge emerging markets where PC use never really caught on widely.

If there's any industry that should be concerned here, it's the press. The media giants that built their brands on the web may not be the same players who rule in mobile apps. However, just as when search and social changed the game, the media seem to be the furthest along in adapting to the new mobile reality.

And, just as before, we should be taking notes.

For example, several tech blogs such as Engadget and The Next Web -- which built their web brands with rapid-fire, highly-sharable posts -- are now investing in long-form iPad magazines that feature analysis the same way Time magazine treats news.

Others, meanwhile, are partnering up with popular mobile-centric news apps like Flipboard and Pulse in an effort to secure more real estate on mobile devices. What's key here is they are thinking beyond their own apps. It's all about surface area.

Pulse already has hundreds of media partners, co-founder Akshay Kothari told me. Zite, another player in the space, was acquired last year by CNN arguably to give the cable juggernaut more skin in the mobile game.

Startups, too, seem poised to adapt. Instagram created an entire new social network that was mobile-centric. It had no PC legacy. And Instagram got so large that Facebook had to acquire it since it was arguably its largest mobile competitor.

Even older startups are choosing to shift their entire focus toward the App Internet. Mahalo founder Jason Calacanis has successfully pivoted his armada of web-based how-to guides into more immersive iPad video apps that have successfully scaled audiences.

In addition, just as with SEO and social media, where there's money to be made there are also consultants peddling their deep understanding of how to make mobile apps more discoverable. There's a bit of a cat-and-mouse game, too, as Apple, Google and Amazon -- the major app stores -- alter their discovery algorithms to weed out junk and ensure that quality rises to the top.

Much of this, it seems, is not on the radar of most marketers. The game is changing right before our eyes, and that spells trouble. Some digital marketers may be better off taking a scorched-earth strategy to start anew on what will become the dominant digital-consumption platforms in the foreseeable future. After all it's hard to fight three wars -- search, social and mobile -- all at once.

However, I doubt that anyone should go this far. And this could create an opportunity for entirely new brands that don't have any baggage to grab more of the shelf in the dominant mobile marketplaces.

What is a given, however, is that the disruption has only just started.

Maybe the New New Thing Should Be Nothing

Publishers Can Reshape Market If They Get Their Content, Their Ads to Travel Together

A Modest Proposal For Fixing One of CPM's Big Shortcomings