A perfect storm is brewing that is poised to disrupt a long-standing equilibrium that 's upheld the entire advertising economy for decades: the right to interrupt.

Just like the checks and balances our forefathers built to maintain the democratic process, the right to interrupt has kept the entire ad-media industrial complex running smoothly.

The media continues to invest in content that aggregates audiences. 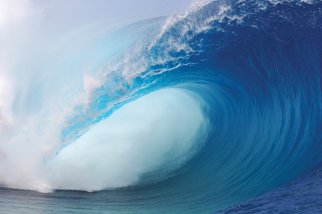 There's no part of the marketing ecosystem that will go unscathed by the mobile tsunami.

Advertisers pay to interrupt the experience and reach these audiences.

And audiences put up with interruptions to keep the content coming.

The model has remained largely untouched because it works. Even large-scale disruptions such as social networking have yet to dent this equilibrium because the behaviors on large screens remain the same: Content begets eyeballs, which begets interruptions.

The rapid proliferation of small screens and pocketable devices, however, dismantles this covenant, putting the ad-media industrial complex at considerable risk.

Speed of Change
What's different this time is the speed and depth of change.

Smartphones are the fastest growing technology of all time, according to Forrester. Nothing -- not TVs, not computers -- comes close when it comes to adoption. Nielsen reports that more than 50% of Americans own at least one smartphone.

As millions of people gain real-time internet access, behaviors are already starting to change. Pew reports that most smartphone owners use their devices as their primary gateway to content.

Interruptive experiences simply don't work on phones. Hard stop. This means agencies, media companies and marketers must adapt or they could suffer. Some aren't waiting around to find out.

The social networks are paving the way by embracing what some call "native" advertising formats. These ads allow marketers to seamlessly integrate their messages into existing audience-friendly structures (e.g. tweets, posts) but pay to have them amplified.

Twitter's two primary advertising programs (promoted tweets and promoted trends), as well as Facebook's sponsored stories are native ad formats. They blend the advertiser's content into the rest of the environment like chameleons. And early data indicate both work well.

BuzzFeed's entire model has always eschewed banners in favor of sponsored content. Toyota, for example, worked with BuzzFeed to create a branded feature showcasing places you "have to see" before you die.

Beyond Content Marketing
Meanwhile, Quartz, a digital-only business publication that The Atlantic is launching this month, will go live with a native ad format called Bulletins. All four Quartz charter sponsors -- Credit Suisse, Cadillac, Boeing and Chevron -- are creating Bulletins that will live as ads in the stream.

While one might see "native monetization" as the natural, continued evolution of digital advertising or as another iteration of "content marketing," it's not. It's way bigger. It's a sea change. And it's a clear and present danger to the existing ad-marketing industrial complex.

There are early signs of who may win and who may be poised to lose.

For starters, as more consumers spend more time with content on mobile devices, they will undoubtedly favor advertisers who create native content that adds value to the overall experience.

Any marketer, agency and media company that aims to blend in rather than overwhelm will surely succeed in a more native world.

On the other side sit the agencies, technology vendors, ad networks and media companies that treat ads as pork bellies and automate the entire process. They could stand to lose billions as marketers race to adopt content partnerships and highly customized approaches that help them stand out as native monetization gains steam.

There's no part of the marketing ecosystem that will go unscathed by the mobile tsunami. And so far, there are advantages for early adopters.

I'm convinced that the shift away from interruptive ads toward content-centric experiences is good for everyone who participates -- the marketers, the media, the agencies and, above all, the consumer.

But it won't come without some pain.

ABOUT THE AUTHOR
Steve Rubel is exec VP-global strategy and insights for Edelman.

Maybe the New New Thing Should Be Nothing

Publishers Can Reshape Market If They Get Their Content, Their Ads to Travel Together

A Modest Proposal For Fixing One of CPM's Big Shortcomings