READ THIS NEXT
How restaurant chains are duking it out to be the best in their categories
Credit: Mark Welsh

Those concerned about laziness overtaking graphics, rest easy there's a burly Midwesterner running a one-man shop who's out to save American design from itself, and now he's Government Issue. 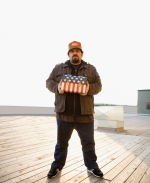 Credit:
Mark Welsh
Thirty five-year-old Aaron Draplin brought shoddy, slapped-together design to the chopping block last year when he dropped a video clip on the web, "Why America is Fucked," an extended anecdote about trying to save a piece of Americana in a Missouri hotel's sign.

Assailing the new "hunk of shit, Corel Draw, couple gradients, couple line drawings of a bird, Sunset Hotel in Blippo Bold" sign that cost an old Russian couple $15,000 and replaced a nice old sign, Draplin's passionate rant ("I wanted to go right to that sign company and just fucking rip that kid's head off and say, How can you charge that kind of money for garbage like that?") raised the Portland-based designer's profile and reminded many of the decline in quality of graphic communications.

Draplin, a Minneapolis College of Art and Design grad has worked as art director of Snowboarder magazine, as a senior designer at Portland's Cinco and on his own at Draplin Design Co. since 2004. He still has ties to the slopes as graphic designer for Snowboard magazine (not to be confused with Snowboarder), and designs boards for Ride, Gnu and Lib Tech. He also does identity and collateral work for Grenade Gloves, Union Binding Co. and Coal Headwear.

But it's his most recent project in preserving American design that's the most interesting. 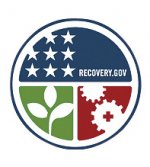 Draplin couldn't speak about the project before we had to send things off to the printer, but we can infer this sort of work goes towards the front of the portfolio.

Draplin has also collaborated with Coudal Partners to create the Field Notes brand of notebooks, sturdy numbers based on farmers' memo books (Draplin has a collection of around 650 of them). "I make them right here in Portland, using French Paper from Niles, Michigan," he says. "Simple, durable and built to be used by just about anyone. Populist leanings."

If there's a theme, that's it?design for everyone, nothing fancy. "I like stuff that's got meat on the bones, things that are really functional," he says. "There are all kinds of designers, the head turners who invent things?I know I'm not that. I've got a buddy who can think up the next hot shit. I'm interested in the guy who's solid. "

Draplin's philosophy stems from an obsession with industrial graphics and communications from the 20th century, something he highlights on his blog and chases around the country to uncover in abandoned machine shops and junk sales. "I just like stuff that's really straightforward and unapologetic," he says. "Futura Bold. Done. If they didn't need something else in the last 30 years, there's something to it. I like big, thick-line logos, old looking pieces of type."

The designer as tradesman? You betcha. "These old dudes would pick between being a plumber and a designer," he says. "I don't want to reduce it, but I've always had a hard time with people who would tell you how cool they are right off the bat." And that's an attitude that could go far in times like these.