How to make branded podcasts that pop 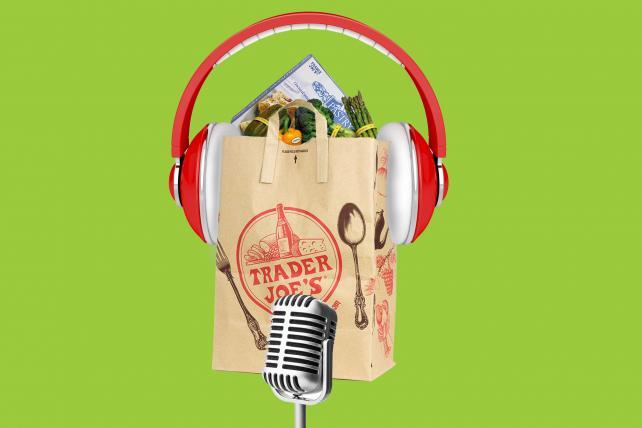 Despite its popularity, Trader Joe's does no traditional marketing and doesn't discuss internal issues with the media. Those seeking details about the inner workings of the company, however, can tune into its podcast. "Inside Trader Joe's" shares information such as how often it turns around its products, and how it decides which food items go on the shelf.

Although most marketers know the company doesn't advertise, what may come as a surprise is how popular Trader Joe's podcast is; it ranks in the top 1 percent of all podcast downloads, regardless of genre. It averages more than 35,000 downloads within the first 30 days of an episode's release, according to Libsyn, the largest paid podcast-hosting network, with clients such as Pandora, Spotify and Amazon.

An entirely different brand, Smead—which makes those manila envelopes found in nearly every office—has a podcast called "Keeping You Organized" that's been running for five years, and ranks in the top 10 percent of all podcast downloads. Meanwhile, GE's fictional show, "The Message," is regarded by many as the most successful branded podcast ever, garnering more than 8 million downloads since its release.

While each are different in terms of subject matter and format, all are branded podcasts. And although many such brand expressions fail, these are among the standouts. Each has achieved success not typically seen in the branded-content arena, providing marketers with a playbook on how to launch their own.

According to Libsyn, podcasts with more than 3,400 downloads within the first 30 days of release rank in the top 10 percent, regardless of genre. To get into the top 5 percent, shows need more than 8,300 downloads in that one-month time frame.

"The ones that get it right are all doing a key thing: They're not making a 30-minute podcast that's basically a sales pitch. People want their time to be worthwhile," says Rob Walch, VP of podcaster relations at Libsyn. Garnering 500 downloads within the first month of release should also be seen as a success; Walch compares it to talking to the same amount of people at a conference. But with a podcast, "people are tuning in every week."

Brands should approach podcasting like community outreach, not advertising. "Don't try to force your message; the ones that do it best are the ones that provide value," says Walch.

In Trader Joe's latest podcast episode, marketing executives Tara Miller and Matt Sloan dish out knowledge on sustainability. The hosts talk about the hazards of products such as Styrofoam and why they're bad for the environment. They also subtly plug their employer. "Refrigeration is probably one of the bigger uses of energy we have," Sloan says in the episode, before explaining how the retailer is moving away from old refrigerant chemicals to a model that pulls carbon dioxide out of the atmosphere and uses it as the coolant.

"Our products aren't the most exciting in the world, but our motto is to keep you organized," says John Hunt, Smead's senior manager of digital marketing and content. "Our podcast isn't about file folders. It's about organization."

The show focuses on office managers, with episodes touching on topics such as helping someone with ADHD get organized, or decluttering a home to sell it more quickly.

"If you give useful information like that, you're going to build brand loyalty," says Hunt.

Smead's most popular episode is also its most "controversial," Hunt says. In episode No. 172, Louise Kurzeka, a member of the National Association of Productivity and Organizing Professionals, takes issue with "The Life-Changing Magic of Tidying Up" by Marie Kondo, and the Netflix show it spawned, "Tidying Up With Marie Kondo." Her points are good," Hunt says, "but there's no one right way to get organized."

John Deere jumped into podcasting last year with a show called "On Life and Land." It comes 124 years after Deere debuted its print magazine, The Furrow. During the podcast, "you won't hear the words 'John Deere' mentioned more than four or five times," says David Jones, publications manager at John Deere.

In a two-part series, the show covered depression and mental illness; the suicide rate among farmers is more than double that of military veterans, according to the Centers for Disease Control and Prevention. "I know there's often a stigma around depression as a whole, but also medication," the show's host says. "It can be troublesome to a lot of people, [who ask,] 'I don't need medication, do I?'"

John Deere's show is already getting more than 5,000 downloads per episode, Jones says. "These are 5,000 people who are spending one hour with us every two weeks," he says.