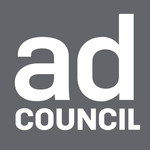 Credit: Love Has No Labels

"Rising," a powerful new short film, is the latest iteration of the Ad Council's iconic Emmy-winning "Love Has No Labels" campaign. Directed by David Nutter ("Game of Thrones") and written by Lena Waithe ("Master of None," "The Chi") and Azia Squire, the film asks the question, Why does it take a disaster to bring us together? To watch "Rising," visit lovehasnolabels.com

David Nutter and R/GA's Executive Creative Directors Eric Jannon and Chris Northam spoke to Lisa Sherman, president and CEO of the Ad Council, about the making of "Rising."

Lisa Sherman: "Love Has No Labels" has made a tremendous impact since we first launched the campaign in 2015. It not only won an Emmy but has gone viral, with the campaign's three videos amassing over 350 million online views. What do you all hope to accomplish with "Rising"?

David Nutter: My goal was to bring "Love Has No Labels" ' powerful message of inclusivity into a real-world setting. I wanted to create a storyline that's not preachy, but instead allows the audience to form their own opinions on what's happening—and possibly learn something about themselves and their prejudices.

Our previous "Love Has No Labels" iterations have included an interactive X-ray simulation, a video with John Cena and live filming at the NFL Pro Bowl. Chris and Eric: Why did you choose the medium of an original short film this time around? David: What about the process was most memorable?

Chris Northam: One of the most successful elements of "Love Has No Labels" has been surprise. Each part of the campaign has crept up on viewers, revealing different forms of love. For this latest iteration, we wanted to keep this surprise element by continuing to subvert expectations of how messages of this type are delivered.

Beyond that, we have a big story to tell. The story takes place in the middle of a hurricane. These storms affect tens of thousands of people. People whose shoes we want to put the viewer into. We're all too familiar with devastating images of floods on CNN, but to truly empathize with characters in a new way, we chose a fictional story based on very true events.

Eric Jannon: The three-minute films we previously produced have been shared widely, but we believe that the longer people commit to watching a piece of content, the bigger the impact it will have on them. Taking the time to immerse viewers in a disaster scenario and make them feel what other human beings felt in those moments is the most effective way to get the message across. "Rising" shows what we don't see on the news, and it gets brutally tangible. And it leaves viewers with a thought-provoking question: Why does it take a disaster to bring us together?

Nutter: What I loved about making "Rising" was its emphasis on purely visual storytelling. Yes, there's some dialogue, but by and large, this is a narrative where you think it's going one way, but then it takes a different tack, providing more dimension and compassion than initially demonstrated in the flashback.

I was also tremendously impressed by the talent of the cast and crew. This was filmed in four days, and I was in awe of the sheer amount of work and skill involved in re-creating a hurricane and flooded area.

The making of "Rising" brought together some of the entertainment industry's most accomplished talent, including you—David—Lena Waithe, who made history as the first African-American woman to win an Emmy for comedy writing, for an episode of "Master of None" based on her coming out as a lesbian, and many more, including Azia Squire, Lena's co-screenwriter on the project. What do you think is the entertainment community's collective responsibility in furthering diversity and inclusion?

Nutter: I always go back to Aaron Sorkin's superb monologue from "The Newsroom" where Jeff Daniels' character talks about the shortcomings of the United States, but finishes by saying it's the superlative diversity of this country that ultimately makes it tower above all others. To the extent that it can, I believe the entertainment industry must continue to embrace this philosophy as often and as rigorously as it possibly can.

In the three years since we launched "Love Has No Labels," what progress do you think we've seen in furthering diversity and inclusion as a result of this campaign and other industry efforts? How can the communications and entertainment communities do more?

Nutter: It's our responsibility to not only entertain but to educate. Great progress has occurred—especially in my area of episodic television—and the success of so many shows is a testament to that fact. But we must continue to be vigilant, and we cannot let the disregard for human rights we see on the news go unchallenged. The power of the "Love Has No Labels" campaign is its deft ability to get everyone on board with a message of love for all that resonates emotionally no matter what one's belief system may be. By opening up hearts and minds, "Rising" will hopefully convince everybody to do more.

Jannon: The campaign aims to remind us that we can feel united despite our different backgrounds or points of view. That's what inclusion is all about. Love isn't about getting along with the people who look or think like you. Our latest film demonstrates that we all have an innate ability for universal love. The more exposure this message gets, the more we'll erode bias. We need acceptance, we need empathy, now more than ever.