How Not to Become Black History

Shape the Future, Don't Become a Thing of the Past
READ THIS NEXT
Marketers: Bicultural Hispanics Need to be Heard, So Give Them a Voice
By some accounts, and rightfully so, multicultural advertising is going the way of the leisure suit. And except for my Uncle Bo, most are fine with the disappearance of the built-in belted bell-bottomed one-piece for grown folks. However, the wealth of culture that is the ethnic experience in America should not so quickly be put aside and the accounts thrust into the hands of inexperienced and under-equipped shops just for the sake of easier brand management. It's becoming increasingly apparent that brand management no longer feels that way. I feel the onus is completely on multicultural agencies to prove they're not to be reduced to sardonic footnotes in the annals of advertising history. Here are some suggestions on how to avoid becoming Black history.

Think like Malcolm, act like Martin
Malik El-Shabaaz (aka Malcolm X) was an intensely critical thinker. He could rapidly and incisively discern the times and situations in which he lived. Agencies need to do the same. Martin Luther King had the distinct ability to make messages plain, and to deliver them in a fashion that rode a positive emotion directly into your consciousness where it would flourish. These are two historical perspectives multicultural shops should apply a lot more of. I know it's not easy to do, but it's damn worth the effort.

Get off the Amistad
In the movie "Amistad," based on the true story of a slave revolt, the captives figured out a way to turn the tide. Sometimes you've got to rock the boat and then get off the boat. Leave the plantation even. Multicultural shops will need to create new systems of servicing clients -- methods that are data-based, quantifiable and culturally-based. There is an established way of doing things in most agencies. If you have a vision for a better way and you aren't allowed to execute it, move on. Get your own shop (a fully loaded computer) and a client or two and make it happen. Small general-market shops are popping up daily, freeing themselves from the plantation mentality and making new models. If there is anything minorities in America know how to do, it is how to create a niche that becomes world-renown and very desirable.

Make a Motown sound
A good friend of mine recently told me that the Motown sound, in spite of its soul and R&B base, was not called the sound of black America for a very purposeful reason. It was brilliantly dubbed "the sound of young America" because it was intended for a cross-cultural success from its earliest days. This is a proven case study ripe for the picking. Minority shops have very similar ingredients inherent in their make up: historical context, cultural memes and a lexicon from which to draw upon -- the likenesses go on and on. However, the market is still ripe for the kind of vision that Berry Gordy displayed. Who out there is audaciously pointing to the future of their own profession and livelihood? Who is making the most noise in this category? There are many songs yet to be played.

Think Miles ahead
Miles Davis was a key part of the re-invention of jazz no fewer than three times. He was integral part of such movements as be-bop, cool jazz and then jazz fusion. Like Miles, we have to reinvent the game. Changing the game never has to be earth-shattering to start. Meaningful, incremental steps can lead to monumental progress. If it's going to constantly change any way, you may as well be the one who changes it. History will be written; we may as well be the authors of our own stories and a part of the avant garde in our own movements.

Don't get assassinated
If you see the writing on the wall, the hand on the trigger, the blood on the dance floor or Suge Knight lurking in the wings with your publishing rights, don't wait around for what's going to happen next. Right now, general market shops are eating multicultural shops' lunch. I know it just looks like they are having a two-piece at the chicken shack. But they are planning nothing short of marketing, financial and cultural gentrification. And who can blame them? There's money to be made and laurel-resting isn't how you get it. This is one bullet we can dodge. But we have to start moving now.

Harlem Renaissance
Heighten your art. Elevate your game. Cherish your best, make it irresistible. Sometimes it's OK if your work comes from a small but well tended crucible and doesn't reflect the world at large, that's the nature of cultures and ethnicities. When it is well-crafted and time-honored, the world will crave what you are best at. Pull it from your very depths. Strain it from your fiber, Divine it from your mettle. Then lay it bare for the world to see. If we can contain our own cultural implosion, the world will benefit from our fireworks that will result.

Sojourner for the Truth
Don't just look for the truth, become the truth. What's real right now is the world done gone and went digital. But you may not be. That's OK if you are unabashedly not digital. Don't expect to be the biggest shop in the world but you can be the best at your niche. People will always want what is well done and finely made. Play to your strengths and don't lie to cover your weaknesses. The truth will come out, you may as well control that message to your advantage. Totally submerging in your company's or your own personal best is all you need to become the fortified truth.

Invent, like George Washington Carver
Carver thought proactively to stave off the blight caused by cotton farming's ravishing affects on the land and people. Dude figured out over 300 uses for the peanut, including saving the economy, land and future of southern agriculture. This same spirit of preemptive action and proactive thought is needed in today's multicultural agencies. Create something totally new or soft-innovate like Apple does endlessly to great avail. Some ad companies like BBH, New York, have created new functions for their businesses that match the talents of creative teams, but are just a little outside of advertising. Check out the ZAG program BBH started and see a smart example of repurposing creative talent. To me it represents a fresh way to stay relevant.

Be like Mike-- and the other Mike too
Michael Jordan or Jackson, take your pick. They simply played harder, worked harder and outmaneuvered the competition. But the key was in who their real competition was: themselves. It has been said that Michael Jackson would practice the same move over and over again until he relied solely on muscle memory alone to be guided by his will to create a choreographed musical masterpiece. None of it was done to best Prince in a sing off. And we all bore witness to Mr. Jordan's fantastical feats of will and rehearsal. But we rarely saw him enter the gym before the rest of the team and leave last. Not one shot was made to eclipse Dr. J. Both Michaels were working to be better than they were the last time we saw them. Both usually beat themselves over and over again. Their legacies stand as monuments to human growth and persistence. The best and most rewarding competition you will ever have is to be better as a company, as an industry or as a human being.

Make your own history
Multicultural shops can best thrive by molding their own future. Get into knowing your own history. It can prove to be your springboard to the future. In these rapidly changing days, multicultural agencies' complete focus should be on creating, conceiving, laying out and speccing the future. In whatever it may be, you decide. It's time for a more socially predictive and culturally empathic agency to emerge. Right now your clients are having conversations about the future of their products, budgets, and markets. Big brands have 2015 and beyond primarily mapped out. Do you? Why are we not talking about the future of advertising? Not necessarily the media. We are not the medium makers, but perhaps we could be (that's another conversation). But the messages, how will they need to look in the future? What will they need to convey? How will they need to be dramatically or subtly different from the messages of today?

So yeah, go ahead and be history, Black, Hispanic, Asian, whatever history, but not before your time. You want to be the kind of history that's referenced for its lesson to the future. Not the kind that goes unmentioned and unremembered because it was unremarkable. 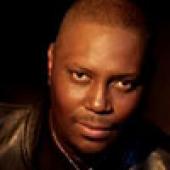 Craig Brimm
Craig Brimm is creative director and founder of Culture Advertising Design in Atlanta. Read more at his blog, Kiss My Black Ads.
View all articles by this author