Many Latinas Have Their Own Definition of 'Having It All'

Some Hispanic Women Told Us They Don't Engage in the 'Have-It-All' Conversation
READ THIS NEXT
Marketers: Bicultural Hispanics Need to be Heard, So Give Them a Voice
Angela A. Rodriguez

How is it that, in a time where total marketing and economies of scale are all the rage, you can still find Good Housekeeping, Women's Day and Family Circle magazines targeting… mothers? Aren't all mothers the same? Why not just one magazine targeting them all?

Because publishers, like marketers, know that in segmentation exists a kind of magic. We can talk to consumers generally, but with messages that can make individuals feel as if the material were crafted just for them. "OMG," they'll say, "that's so me!"

Total-market approaches are less effective in some segments than others, and "mothers" is one of those segments.

When I became a planner, the first focus groups I attended were with mothers. We were probing their wishes for their kids and the driving values they had in raising them. The Hispanic groups followed the general-market groups, and both said that one of the most important things they could teach their children was to be independent.

About halfway through the first Hispanic group, the back room erupted into conversation about how self-contradictory this group was. The women kept talking about independence for their kids, my colleagues said, but were micromanaging their kids' lives. Yet all I could think was that it was perfectly normal to pick out your kids' clothes and cut up their food well into their tween years.

This was an a-ha moment. Careful attention to the details of kids' lives didn't seem to me, a Latina raised this way, at all contradictory to inculcating independence. In that moment, I became highly attuned to my role as a planner and to the subtleties inherent in being a Latina woman and mother.

Fast-forward to last summer when Anne-Marie Slaughter, the Princeton political scientist, wrote her much-talked-about article in the Atlantic, "Why Women Still Can't Have It All." Clearly, I thought, Anne-Marie was talking to me when she wrote it. But the more I considered her piece, the more off the mark she seemed to be. I read and searched responses to her article, and it hit me: the Hispanic women's point of view on having it all was nowhere to be found.

How could Hispanic women not react? This puzzle led my agency to conduct a study of Latinas' thoughts toward living a balanced life in a fast-paced world. We surveyed 371 Hispanic women from all over the United States last fall and concluded that a large percentage didn't engage in the "have-it-all" conversation because it didn't resonate with them.

There were exceptions of course, but this portion of respondents tended to feel fulfilled in their lives, reporting balance and a sense of contentment that would surprise the many women who reacted so strongly to that discussion. The general satisfaction among this large percentage would also surprise those women who are ardently "leaning in," to work or home, in response to Sheryl Sandberg's call to action in her book "Lean In: Women, Work, and the Will to Lead."

For those who didn't worry as much about having it all or not, we identified four drivers of this satisfaction:

If, as Slaughter posits, having it all means "rising up the ladder as fast as men and also having a family and an active home life (and being thin and beautiful to boot)," many Hispanic women have come up with an alternative: achieving peace of mind, the education their mothers dreamed of for them, and a home where they can enjoy their rich family lives.

ABOUT THE AUTHOR
Angela A. Rodriguez is director of strategic insights at Alma. 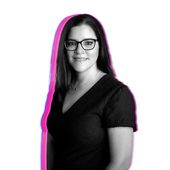 Angela A. Rodriguez is VP/head of planning at alma