'Hispanic Malls' Drawing Crowds by Being Culturally in Tune

The Concept Is Simple: Mix in Hispanic Retailers With Family Entertainment
READ THIS NEXT
Marketers: Bicultural Hispanics Need to be Heard, So Give Them a Voice
Chiqui Cartagena
Credit:
Chiqui Cartagena

Yesterday I spoke at the International Council of Shopping Centers annual convention in Las Vegas on a panel called "Hispanic Markets: The Next Gold Rush." If you have been to La Gran Plaza Mall in Fort Worth or the Dessert Sky Mall in Phoenix or the newly inaugurated Plaza Mayor at the Crossroads in Oklahoma City, you have experienced one of the newest phenomena in the world of shopping centers -- Hispanic malls.

This is the brain-child of José De Jesús Legaspi, a former advertising executive turned real estate developer who almost single-handedly has created a new format in retail shopping experiences specifically focused on Hispanic consumers. "I got into real estate while trying to help retailers reach out to the Hispanic community," said Legaspi, the founder and president of The Legaspi Company, who has over 30 years of experience in Hispanic retail marketing and owns 10 Hispanic shopping malls in California, Arizona, Texas, Oklahoma and Georgia.

While he acknowledges that each mall he develops is "keenly nuanced" by paying special attention to "local community mix," Legaspi has found success by creating "community-oriented centers with virtual 'cultural' anchors."

The concept is simple: build a plaza that doubles as center of entertainment that attracts Hispanic families on weekends, especially Sundays, and stays open late (until 9 or 10PM) for what in Spanish is called "domingeo" or hanging out. Then make sure that the shopping centers have Hispanic retailers like La Curacao department stores or Hispanic grocery stores like Gigante or El Tapatio and specialty shops like quinceañera stores mixed in with other anchor retail stores like JC Penny or Forever 21.

According to Legaspi, their success is measured in net operating income, increased foot traffic and increased sales per square foot ranging between 8% to 30%. Pretty amazing in general, but hugely successful when you take into consideration that often they open these Hispanic malls in distressed retail areas.

"We do it because it is good business," says Art Coppola, CEO of Macerich, one of the country's leading owners, operators and developers of major retail properties. Macerich partners with Legaspi in six Hispanic malls, including Dessert Sky Mall. "Part of our mission statement is to embrace our communities. So using cultural marketing as an 'anchor' is really just understanding and appreciating the market that we reside in," he adds.

The owners of these malls pick up the tab for year-around Hispanic entertainment and they also make sure to celebrate Hispanic "legacy events" and holidays that may be different than American holidays such as May 10th, Mother's Day in Mexico and most of Latin America, Day of the Dead celebrations and special celebrations around religious holidays like Easter or Christmas "posadas." They also spend time coaching and training their non-Hispanic anchor retailers who may not be familiar with the Hispanic community, on how to sell to Latinos, which may include reviewing merchandise inventory for specific colors and sizes.

"Jose really believed that culturally directed marketing could act as a virtual 'anchor' or magnet that draws people to come to our malls and we saw the wisdom in that and we have had great success," says Coppola. "NOI at Desert Sky has more than doubled over past 10 years and shows above average NOI growth per year of something in excess of 5% annually," he adds.

Now, those are really good numbers in any language you speak.

ABOUT THE AUTHOR
Chiqui Cartagena is the vice president of corporate marketing for Univision Communications, Inc. and author of "Latino Boom II, Catch the Biggest Demographic Wave Since the Baby Boom." Follow Chiqui on Twitter @chiquicartagena. 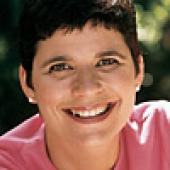