Did You Miss Out on the Super Bowl of Marketing to Black Women? | Ad Age
Skip to main content
Sign In Register

In 20th Year, Sponsors Include Coca-Cola, Walmart, McDonald's and Others
READ THIS NEXT
Marketers: Bicultural Hispanics Need to be Heard, So Give Them a Voice
Yolanda Sangweni, Erykah Badu and Dave Chappelle at the Essence Festival in New Orleans
Credit: Essence

Like a good party, you should be kicking yourself if you weren't there. Sunday, July 6 concluded the four-day event known as the Essence Festival. The event celebrated its 20th anniversary with a bang, exceeding attendance expectations while continuing to be the number one gathering event of Black women. While over 100,000 Black women converged on New Orleans, so did Prince, Hollywood, think-tank representatives and staples of the brand world. Like no other event, Essence Festival was an opportunity to engage married, single, millennial, gen x, baby boomers and all socio-economic levels of Black women all together, all at the same time.

Walmart, McDonald's, State Farm, Verizon, MSNBC and Ford were some of the most visible brands present at the packed convention center and the Super Dome, but other smaller brands made sure to make an appearance as well. The weekend's activities included networks previewing their fall programs, healthcare brands participating in an empowerment zone, killer concerts and panel discussions on everything ranging from gun control to entrepreneurship and technology -- all led by some of the nation's most important thought leaders.

Why? Because this weekend was ground zero for brands wanting an audience with Black women. And where else could they maximize their marketing dollars to reach every single segment of Black women, as well as a growing segment of the festival, Black men.

The festival was not only an opportunity for brands to display what's hot and what's next, but most importantly they were able to start a dialogue with attendees. For some of the more seasoned brands, those who have invested real marketing dollars in the African American community this is an annual event, like a family reunion. They get it, and attendees expect to see them there. Walmart, McDonald's and other annual participants understand that African-American consumers want to see, touch and experience them away from the cash register.

Black women, time and again, in survey after survey, report feeling invisible to brands. Especially now as many brands have publicly proclaimed their intention to stake their multicultural marketing dollars on Hispanic consumers; the void of marketers featuring Black stories in their creative has only added to Black consumers feeling "forgotten" or "taken for granted." Essence and events like it are an opportunity for brands to not only market to African-Americans but as a chance to say, "We see you" and "We value you enough to be here."

That's the start of the engagement, but it can't end there. Like the marquee sponsors at Essence, this handshake is only the beginning of the conversation. It's about the follow-up, the on-going relationship that you build that truly matters. For those that missed the Essence Festival, you sure did miss a great party, but that doesn't mean you missed the only opportunity to connect with Black women. You still can connect anytime you are ready, and all you have to do is start with an introduction, or in some cases a re-introduction. A simple, "Hello, we value you, we see you, and we hope you will let us get to know you."

It is as simple and complex as that. 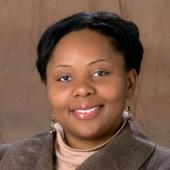