What Will the Role of Whites Be in a Multicultural America? | Ad Age
Skip to main content
Sign In Register

What Will the Role of Whites Be in a Multicultural America?

Once They Lose Majority Status, They Could Become an Ethnic Niche to Slot into Your Marketing Strategy
READ THIS NEXT
Marketers: Bicultural Hispanics Need to be Heard, So Give Them a Voice
David Burgos

What is the first thing that comes to your mind when you hear the phrase "race in America"? -- I bet most of you thought about Blacks or African Americans and Hispanics. Probably some of you mentioned Asians too, and maybe a few even associated it with non-race- or ethnicity-based minority segments such as Muslims. Indeed, if you are like most of the U.S. population, it is very likely that your response to my question did not include Whites (or Caucasians) at all. Why? Because we as a society tend to downplay the role of Whites when the conversation centers on race-related topics. Have you ever seen a CNN special titled "White in America"? I have not.

The marketing discipline is certainly not free from this type of thinking. Don't get me wrong. I am not saying that Whites are not important when it comes to marketing. In spite of the increasing diversity we live in today, it is abundantly obvious that the vast majority of business strategies in the U.S. are still based on the specific needs and characteristics of the White consumer segment (aka, "the general market" for many companies). From the basics of product development to brand positioning and advertising, the research target is typically demographically White. Nonetheless, marketers rarely think about Whites as an ethnic consumer segment, or explicitly target them on the basis of culture, like they do when trying to reach out to Latino or African-American consumers.

This approach has made sense for the most part so far. Still being the majority of the population -- and having been so for so long through our history -- Whites are less likely to feel this "otherness" usually imposed on Blacks, Hispanics and other ethnic minorities. We see a clear expression of this situation within the advertising world. Whites don't necessarily view so-called ethnic communications as geared to someone else other than themselves, even if they feature an all-ethnic casting or cultural cues from other racial or ethnic groups. Further, when confronted with prominent ethnic targeting, Whites are rarely offended by it. In fact, we have seen them taking offense on behalf of ethnic consumers when exposed to stereotyped targeted ads.

Obviously, the above represents interesting opportunities for the development of cross- or trans-cultural initiatives, something I discuss extensively in my book "Marketing to the New Majority: Strategies for a Diverse World

." However, the question is whether this approach will continue to hold true as the U.S. becomes a nation of minorities and the White segment shrinks proportionally -- two trends that the 2010 Census just made official at a national level, and are already a reality in many cities across the country. Will race play a more prominent role among Whites? How will a White culture develop within the context of a new mainstream that is in essence multicultural?

While the answers to these questions might not be fully evident yet, it is worth keeping an eye on how Whites evolve into the future as a racial segment, especially on topics such as:

How Whites interact with other ethnic groups. Multicultural marketers are always keen to emphasize the many ways in which ethnic consumers influence the White population. While true, this is just one side of the story. White consumers do have a strong influence on ethnic segments as well, to the extent that you can't fully understand Blacks or Latinos in America without the backdrop of the White segment -- nor can you grasp the so-called general market of today if you don't understand the ethnic segments.

How Whites from different cultural backgrounds interact with each other. Hispanic marketing usually differentiates Puerto Rican and Mexican Latinos because of their cultural differences. Why, then, put all Whites in the same group, as if they were a monolithic segment? Regardless of how assimilated to the American culture they are, Italian Americans will always be Italian Americans, and you better not mix them up with other groups when addressing the cultural factor. Same for Irish, German, Greek and Polish people.

How Whites perceive the race factor as they shrink proportionally as a group. As the U.S. becomes a nation of minorities, some White consumers seem to be becoming more race conscious. I don't see this trend consolidating in the marketing world yet, but the Tea Party movement -- which is much Whiter than what America is today -- is clear evidence of this already happening in the political field. To be clear, this has nothing to do with the group's economic message, which is actually shared by people of different races. It is more about their claim to "reinstate traditional American values."

It will be interesting to see how these aspects evolve across different subsegments of the White population. Kids and young adults, for example, are more open to diversity in advertising because their world is already majority-minority. Differences can also be found across regions, with the American heartland probably being more race conscious than the major coastal urban areas.

While ethnic marketing has usually monopolized the race conversation in recent years, we ought not to limit it to minority groups moving forward. Remember that Whites will continue to be the largest racial group in America for decades into the future, so it would be a fatal error to ignore them when talking about race. As we try to understand these dynamics, it is important to keep a candid dialogue going. Race, as well as religion, sexual orientation, politics and many other sensitive topics, play an important role in defining consumers as human beings. Marketers have made big mistakes in the past for trying to be politically correct. Let's not repeat those mistakes; we must talk openly about these issues as we craft our business strategies moving forward.

ABOUT THE AUTHOR
David Burgos is the co-author of Marketing to the New Majority: Strategies for a Diverse World,

(Palgrave Macmillan, August 2011) and head of Millward Brown's Multicultural Practice. He is Leader of the ARF's People Forum and won the ARF's 2008 Great Mind Award. He frequently speaks at conferences and consults with Fortune 500 companies on the changing face of U.S. multicultural markets. 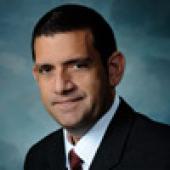 David Burgos
View all articles by this author