In Fight for LGBT Loyalty, Target Can't Afford to Keep Playing Both Sides

Token Merchandise Is Nice; Not Donating to Anti-Gay Groups Would Be Better
READ THIS NEXT
Marketers: Bicultural Hispanics Need to be Heard, So Give Them a Voice
Thomas Pardee
Credit:

Target has quietly rolled out a line of gay and lesbian-inclusive greeting cards in its long and increasingly complicated courtship of gay consumers. But as has been typical of the big-box retailer in recent years, it's a classic case of too little, too late. 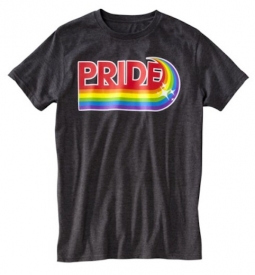 This is the second time this year Target has made headlines for sneaking in products that flirt with gays and lesbians while the rest of the country isn't looking. In May, the retailer raised eyebrows when it stocked a line of gay-pride-themed T-shirts. Proceeds from sales of those items were donated to the Family Equality Council, a Washington D.C.-based LGBT advocacy group. The shirts were available online but not in stores, a condition that drew some criticism from gay groups in addition to the inevitable conservative boycotts.

These products, which wink at gays while taking care not to offend others, are a clear effort to nurture Target 's bruised relationship with gay consumers after a years of clumsy PR moves and mixed messages.

Recently, Target refused to stock R&B singer Frank Ocean's debut album. The announcement came days after the singer opened up about previous same-sex relationships on his blog. Target spokespeople asserted that the choice was made to protest the early release of Ocean's album exclusively on iTunes, and had nothing to do with his sexuality.

But the headlines alone were enough to reopen gay grudges.

In 2010, Target suffered a rash of bad press after it donated $150,000 to Minnesota Forward, a pro-business PAC that endorsed rigidly anti-gay gubernatorial candidate Tom Emmer. Though Target CEO Gregg Steinhafel went on record explaining the company donated to groups on both sides of the aisle, the donation was not a reflection of the company's political agenda, and that its choice in beneficiaries reflected only business objectives, LGBT groups organized demonstrations and boycotts of Target stores.

Months later, pop star Lady Gaga, an outspoken LGBT advocate who had planned to release a deluxe edition of her 2011 album "Born This Way" exclusively at Target , ditched that deal when details emerged of even more donations to anti-gay groups and politicians disproportionate to donations it made to pro-gay PACs.

Prior to 2010, Target had a glowing record when it came to LGBT issues, earning 100 points in 2009 on the Human Rights Campaign's Corporate Equality Index, which rates U.S. employers policies and practices specific to LGBT employees. As Steve Roth pointed out at the time, this added to the growing sentiment among LGBT shoppers that an old friend had betrayed them and their interests.

Clearly, Target is failing with its have-it-both-ways approach. The novelty products it is attempting to hold up as tokens of support are nice gestures, I guess, but the financial contributions Target is making to groups and candidates fighting hard (and winning) against same-sex marriage and discrimination laws can't be canceled out by a rainbow on a T-shirt.

The LGBT equality movement is a bona-fide culture war, and given the media attention afforded to its various battles, marketers like Target can no longer play both sides. Many companies have made it crystal clear where they stand on LGBT issues -- Levis, Starbucks and JC Penney come to mind immediately (and the latter, unlike Target , doesn't even appeal strongly to many gay consumers). Similarly, General Mills last month came out as a company in opposition of Minnesota's proposed constitutional amendment banning gay marriage.

These marketers have openly supported LGBT causes despite nagging (though relatively small) political and financial risk. Target has clearly said it's not anti-gay, and considering the protections it has instituted for its LGBT employees, there are lots of reasons to believe that 's true.

But if it wants to win back LGBT hearts and dollars -- and more importantly, the favorable publicity it has lost these past few years in the din and confusion surrounding its various missteps -- the time has come for Target to make its support of gay consumers explicitly clear using more than just words on a press release or a float in a Pride parade.

It needs to be vocal in its support for marriage equality, and give more thought to how its actions related to LGBTs will be perceived. Target also needs to at least match contributions it makes to extreme anti-gay politicians and PACs (who just so happen to share its pro-business agenda) with contributions to organizations that support equal rights and protections for LGBT workers, and when possible avoid donating to groups or politicians who would undermine that goal going forward.

If Target can't commit to those steps, it shouldn't bother with schmaltzy greeting cards or Pride T-shirts. Its position will finally be clear, and it will have nothing to be proud of .