Will 2013 Be the Year Silicon Valley's Global Domination Begins to End?

A Funny Thing About 'Foreigners': They Don't Like Being Spied on Either

One day a kid named Eddie comes up to you on the playground and says, "Don't ask me how I know this, but your mom and dad have been reading your diary." You don't believe him at first, but he quickly convinces you he knows what he's talking about.

You are soooooo mad. How could they do this to you? 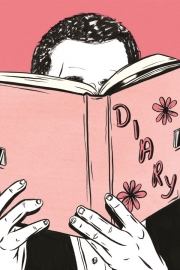 You decide to confront them about it. But -- and this is weird -- when you do, they're really nonchalant about it.

"Honey," your dad says, "where did you hear a silly thing like that?"

"You've got it all wrong," your mom says. "We never intentionally target your diary for reading. The only diaries we have full and unfettered access to are your cousins' diaries!"

"Now go get ready for dinner," your dad says.

"Yay!" you say, briefly distracted. But then, after a moment's thought, you add, "Wait, what? My cousins? Do they know about this?"

"Yes, of course!" your dad says. "We held a press conference and announced it. Now go wash your hands."

As it happens, "Dad" is off to Europe this week and I'm going to go out on a limb and predict that he's not gonna have a good time.

Of all the miscalculations the government has made in the wake of the revelation of the existence of the NSA's Prism surveillance system, among the most comical was President Obama's insistence that "with respect to the internet and emails, this does not apply to U.S. citizens and it does not apply to people living in the United States." Director of National Intelligence James Clapper has been a bit more equivocal about that supposed foreigners-only restriction, acknowledging that, yeah, actually, red-blooded Americans' communications do get caught up in the e-sweep of foreigners; this is known as "incidental" monitoring.

Meanwhile, speaking of monitoring, turns out non-U.S. citizens were listening in on Obama's and Clapper's public statements in defense of Prism. (D'oh!) So, while Americans seem to be reacting with typical weary resignation and gallows humor -- see the "Obama Is Checking Your Email" blog -- targeted "foreigners," particularly our European allies, aren't sitting still for this.

For instance, Markus Ferber, a prominent member of the European Parliament, denounced the NSA's surveillance as "American-style Stasi methods," invoking the feared and reviled East German secret police of the Cold War era. And Viviane Reding, the European Union's commissioner of justice, sent Attorney General Eric Holder an angry, WTF-is-going-on letter ("Given the gravity of the situation and the serious concerns expressed in public opinion on this side of the Atlantic, you will understand that I will expect swift and concrete answers").

So as German Chancellor Angela Merkel meets up with Obama in Berlin on Wednesday -- in a visit meant, in part, to commemorate the 50th anniversary of JFK's "Ich bin ein Berliner" speech -- well, things are going to be aaaaawkward.

Keep in mind that Europeans have been much less willing to strike privacy-eroding devil's bargains with tech companies than Americans. Germany, for example, freaked out about Google Street View cars photographing homes en masse, and Google was forced to scale back its ambitions for the service there. And last month representatives from Google, Facebook and other tech companies converged on Berlin for the European Data Protection Days conference to address the looming threat of the EU enacting what The New York Times has called the "world's strongest data-protection law." That law "could give half a billion consumers the right to withhold basic personal details while using the web, putting a major crimp in the financial model that makes those business[es] run," as Times reporter Kevin J. O'Brien put it.

The NSA Prism scandal will only accelerate the movement to strengthen privacy regulations in the EU. And suddenly American companies like Facebook and Google, which have been made to seem complicit in the NSA's spying (though they're insisting otherwise), will find themselves deeply compromised in their ability to argue that they're trustworthy stewards of consumer data.

Which could well mean their glory days -- and the hegemony of U.S.-based tech companies in the global social-media and "cloud-services" sectors -- could be coming to an end.

It won't happen overnight, of course. But the fact is that most users of Facebook, Google products, etc., are now shifty "foreigners" of the sort that the NSA so fears. (Facebook, for instance, says that 79% of its "daily active users" reside outside the U.S. and Canada.)

Meanwhile, beyond the threat of the EU putting a "major crimp" in the business models of data-hoarding U.S. tech giants, we're seeing seeds of a grassroots movement to punish them for being based in the wrong country at the wrong time under the wrong regime.

See, for instance, the sentiment "'Not subject to American law' -- the next desirable IT feature," as spelled out by Trevor Potts of Britain's The Register in his column titled "NSA Prism: Why I'm Boycotting U.S. Cloud Tech -- and You Should, Too."

Basically, you can count on our "cousins" in Europe and beyond to make life for American tech companies way more difficult from here on out.