Are You in a Codependent Relationship with Gawker? | Ad Age
Skip to main content

Are You in a Codependent Relationship with Gawker?

Gawker has always had the most delightfully codependent relationship with its readers. I do mean that in the psychological/clinical -- i.e., unhealthy -- sense. (And yes, I count myself among the unhealthily codependent.) 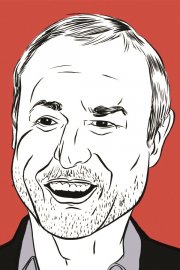 In its early days, a decade ago, the site focused on deconstructing a certain Manhattan-centric mind-set. It mercilessly poked fun at the absurdities rife in the media world, and in doing so served the needs of a media-industry readership that was always up for a little self-loathing. (Everybody loves bashing the media, but members of the media love doing it more than anyone.) It was very S&M.

That phase worked brilliantly -- the media-chattering class became obsessed with reading Gawker. But as Gawker founder/owner Nick Denton's national and international ambitions grew, and he cycled through new editors and writers, his site's penetrating gaze drifted away from the usual suspects (because outside of the Manhattan media-world bubble, who really cares about, say, Tina Brown or Barry Diller?). Instead of just attacking pompous media mandarins, Gawker rather arbitrarily started ridiculing what would become known as "Gawker-famous" strivers -- like Julia Allison, then a self-promoting 20-something editor-at-large at Star magazine with a tangled personal life (boyfriend problems!) that Gawker took great pleasure in exposing and exploiting. Allison got Gawker-famous enough that she ended up on the August 2008 cover of Wired magazine next to the headline "GET INTERNET FAMOUS! (EVEN IF YOU'RE NOBODY)."

That was fun for a while, but it quickly got toxic. Gawker, which had started out as a sort of scrappy underdog, soon got drunk with power. The former underdog often came off like the Big Bad Wolf, sinking its teeth into inconsequential victims and not letting go until they bled out. (Gawker could almost make you start to feel sorry for its hapless targets -- even the obvious douchebags.)

Fortunately, as Gawker grew big, it grew up. Well, sort of. Linked together with Denton's other blogs to become the Gawker Media Group, it began to attract ad dollars from A-list brands across upscale sectors, from HBO to Jaguar to Johnnie Walker. And editorially, Gawker & Co. once again shifted aim.

In 2010, Gawker sibling Gizmodo got under the skin of a titan of truly global import -- Steve Jobs -- when it famously paid $5,000 to get its hands on a prototype iPhone accidentally left in bar. (After Jobs' death, Brian Lam, who was at Gizmodo during iPhonegate, wrote about the call he got from Apple headquarters at the time: "Hi, this is Steve. I really want my phone back.") And in 2011, Gawker helped doom a congressman: Anthony Weiner, whose erect manhood the site put on display in all its blurry glory (that post was good for 1.6 million views and counting).

If you're Gawker, where do you go from there? Well, why not try to bring down the mayor of a major North American city? And better yet, while doing so, why not capitalize -- literally -- on your readers' codependence?

Enter Crackstarter. If all goes as planned, on the day of publication of this column (May 27), Gawker will wrap up its brave and sordid experiment in crowdsourcing, er, journalism. As Gawker Editor John Cook wrote in launching a 10-day Indiegogo fundraiser on May 17, certain shady characters have a video which they claim shows Rob Ford, mayor of Toronto, smoking crack. Cook flew to Toronto to see it and was convinced it's legit. "The people who have the video would like to sell it," Cook explained. "Through the miracle of crowdfunding, you can help. Please consider donating to the Rob Ford Crackstarter. How much do we need? $200,000."

By Wednesday of last week, Gawker had passed the $100,000 mark. As of the print-press deadline for Ad Age, the Rob Ford Crackstarter had raised $141,533. I'd be shocked if Gawker doesn't land the full $200K by the end of Monday. Of course, Gawker could still get scooped/outbid by, say, a non-crowdfunded TMZ. Or the video's peddlers could flake out. [UPDATE: Gawker slightly surpassed its goal on Monday -- raising $201,254 by the end of the day.]

But if Gawker actually pulls this off, it'll rank as not only one of the greatest self-promotional media stunts of our time, but also one of the most meta. It calls to mind another classic bit of media trolling: the notorious January 1973 cover of National Lampoon, which showed a cute dog with a gun pointed at its head. "IF YOU DON'T BUY THIS MAGAZINE, WE'LL KILL THIS DOG," read the headline.

It all fits together so brilliantly, so seamlessly, with Gawker's lifelong S&M sensibility -- how it thinks about its audience and vice versa.

We're bad. We're very bad. We deserve to be punished.

So let's all go read Gawker.

ABOUT THE AUTHOR
Simon Dumenco is the "Media Guy" media columnist for Advertising Age. You can follow him on Twitter @simondumenco.