Why Do Advertisers Get a Pass When It Comes to the Blame For 'Pedorazzi' Photographers? | Ad Age
Skip to main content

Why Do Advertisers Get a Pass When It Comes to the Blame For 'Pedorazzi' Photographers?

If Readers Can Be Asked to Boycott, Brands Can Be Too

Occasionally the celebrity-industrial complex isn't completely awful. Case in point: the recent announcements by a number of media outlets that they won't run unauthorized paparazzi images of the children of celebrities.

Entertainment Tonight went first, announcing Feb. 20 that it was "showing support for 'Veronica Mars' star Kristen Bell and her husband, 'Parenthood' actor Dax Shepard, in their fight against paparazzi who harass celebrities' children in order to get photos." Bell and Shepard, ET noted, "have passionately campaigned, especially through their personal social-media platforms, to motivate others and bring more attention to this cause." 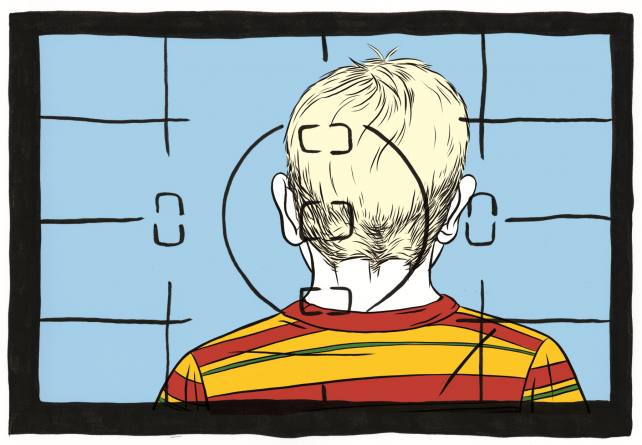 People was next, with Jess Cagle publishing a note Feb. 25 saying that "when I took over as editorial director of People in January, I told our staff that People would not publish photos of celebs' kids taken against their parents' wishes."

That same day, celebrity blog JustJared.com and its sibling JustJaredJr.com announced a "#NoKidsPolicy, which means we won't be publishing unauthorized photos or videos of celebrities' children who are not public figures themselves."

Some background: Last September, California Gov. Jerry Brown signed Senate Bill 606 into law. The bill, as described by its sponsor, State Sen. Kevin de León, was designed to increase "penalties for the intentional harassment of a child because of their parents' employment," and was inspired by an early 2013 meeting de León had with the actress Halle Berry, who ended up testifying before state lawmakers over the summer.

Berry spoke of her children living "in fear of leaving the house" and "suffering from nightmares and feeling that they cannot move in the world in a free and safe way." Actress Jennifer Garner also testified, breaking down in tears as she told legislators that "literally every day there are as many as fifteen cars of photographers waiting outside our home. In the course of our ordinary day -- trips to school, pediatrician, ballet or the grocery store -- paparazzi swarm ... causing a mob scene, yelling, jockeying for a position, crowding around the kids."

But Senate Bill 606 was just a single state's attempt to regulate the global paparazzi racket, and it obviously didn't end the publication of shots of celebrities' offspring. Arguably, it was a series of tweets from Bell and Shepard in January, calling for a consumer boycott of offending publications, that prompted real action from People et. al.

Well, their tweets and Shepard's remarkable blog post at The Huffington Post on Jan. 30 titled "Why Our Children Should Be Off Limits to the Paparazzi." (Ironically, HuffPo has published plenty of paparazzi photos of the children of celebrities over the years.)

If you haven't seen it, please stop reading this and go read it now. It's very smart, a little heartbreaking in parts and overall disarmingly funny, like when Shepard answers his "Twitter detractors," who he says raised objections like, "There are way more important things to boycott than your rich kid getting her picture taken." His response: "I couldn't agree more. This is very low on the list indeed. But, it is, nevertheless, on the list. We aren't asking you to ignore a man on fire for this cause, but after you've helped extinguish him, there's no reason you can't whisper in his ear, 'Hey, don't buy Us Weekly. They display photos of children being stalked.'"

To me, what's remarkable about this entire conversation is that one word seems to be generally missing from it (and specifically from Shepard's essay): advertisers.

Once upon a time, marketers paid a lot of attention to the publications and programs in which they paid to place their precious advertisements. A-list brands and their agencies continually passed judgment on the editorial quality, ethics and general brand values of the media vehicles they bought into.

But today, we take it for granted that a lot of big brands really only care about "targeting the demo" and "reach" and so on, and thus barely any thought is given to editorial-brand values.

You can blame the globalization of brands, the conglomeratization of agencies, the rise of bulk buying (i.e., massive "network buys" across print and/or web titles), programmatic buying, etc. Whatever -- the end result is that a lot of despicable, unethical editorial material, both in print and on the web, gets thoughtlessly supported by otherwise respectable brands.

So, today, with this column, I'm asking brands and agencies to, you know, actually take a look at the media outlets they're supporting.

In the weeks and months ahead I'll be reaching out to brands whose advertisements appear in publications, both in print and online, that run what Shepard calls "pedorazzi" photos.

For those brands, I'll have one question: Did you really mean to fund that?

I'll keep you posted about their responses at AdAge.com.