Best of the Best Lists: The Year's Top Music According to Rolling Stone, Spin and More | Ad Age
Skip to main content

Best of the Best Lists: The Year's Top Music According to Rolling Stone, Spin and More

Did Vampire Weekend Make the Best Album of the Year? Or Lorde? Or Kvelertak?
READ THIS NEXT
Maybe your company should hire a Chief Sanity Officer

EDITOR'S NOTE: To close out the year, Ad Age media columnist Simon Dumenco is gathering up selected notable critics' picks across pop culture and presenting them in convenient, all-in-one servings by category. He starts here with music. 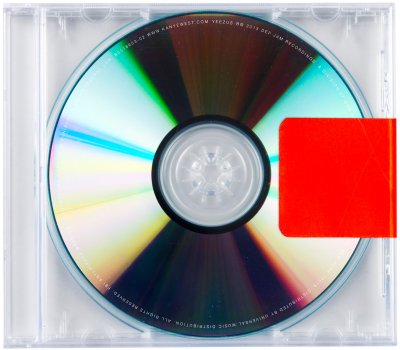 For some, Kanye West's 'Yeezus' was 'too unpleasant'

Britain's The Guardian is known not only for its fearless journalism (in 2013, its coverage of Edward Snowden's NSA revelations in particular), but for its superb culture coverage. Its team of music editors and writers have created a "Best albums of 2013" landing page that also links to the best mixtapes and tracks of the year as well as plenty of spirited commentary (e.g., Tim Jonze's "Why I hate Get Lucky, everyone's favourite song of 2013"). The Guardian's pick for best album of 2013: Kanye West's "Yeezus." While acknowledging that, musically, "for some listeners, the sound is simply too unpleasant" and lyrically it's full of "grandstanding and aggression (quite frequently sexual)," the paper, in an un-bylined post, concludes that "the grand provocations in Yeezus are matched, step for step, by its craftsmanship."

Rolling Stone presents its "50 Best Albums of 2013" list as a countdown. At No. 50 there's Beck's "Song Reader" ("a sly collection of folky swing tunes, steeped in Beck's absurdist wit") and at No. 1 you'll find (surprise?) Vampire Weekend's "Modern Vampires of the City" ("In 2013, no other record mixed emotional weight with studio-rat craft and sheer stuck-in-your-head hummability like this one").

Earlier this month, Spin offered up its own "50 Best Albums of 2013" list in the form of an indie-heavy slideshow (e.g., at No. 20: Mikal Cronin's "MCII," on Merge records, "a breakthrough display of thoughtfully arranged and emotionally devastating songmanship -- power-pop with brains, brawn, and heart") that still lands on a big-release note: Kanye's "Yeezus," which takes the No. 1 spot. This morning, Spin also released editor-at-large Charles Aaron's "25 Best Albums of 2013" list, its 11th and final personal critic's-pick post. Aaron's No. 1 is Beyonce's "Beyonce," which, of course, you've heard of -- though that might not necessarily be the case with, say, his No. 3: Kvelertak's "Meir," which he calls the "best metal/hard-rock molotov since 'Appetite for Destruction.'"

The New York Times created a year-in-review "Popcast" podcast, in which critics Ben Ratliff, Jon Caramanica and Jon Pareles discuss "their picks for the year's best in pop and jazz." There's also, helpfully, a Spotify playlist embedded in the Popcast landing page, which serves up the specific tracks they reference.

The No. 1 album of the year from Pareles, the Times's chief popular-music critic, is 17-year-old New Zealand singer-songwriter Lorde's "Pure Heroine." (Vice, characteristically, tacked the other way.)

And here, for good measure, is the remarkable, minimalistic music video for "Royals" from "Pure Heroine," directed by Joel Kefali:

P.S. That's the international-market version of the music video, which I prefer to the U.S.-market edit.

UPDATE: Parts 2 and 3 of this series are now live:

• Best of the Best Lists: 2013's Top Movies According to Entertainment Weekly, Film Comment and More

• Best of the Best Lists: The Year's Top TV According to TVGuide.com, Paste, AFI and More