Spoiler Alert: He's Not Necessarily in Love with GetGlue's Sticker Program
READ THIS NEXT
Maybe your company should hire a Chief Sanity Officer

As we reported earlier, i.TV has announced that it's acquiring GetGlue, the social TV pioneer whose app lets TV viewers "check in" to shows they're watching. In advance of the announcement, I spoke with i.TV founder-CEO Brad Pelo. Here's a lightly edited and compressed transcript of our conversation: 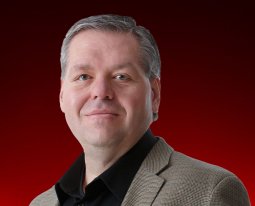 Simon Dumenco: What clinched the deal for you? What did you see in GetGlue that made you want to acquire it?

Brad Pelo: There are really two core reasons. One is that we view the GetGlue audience as being the most engaged second-screen audience. These are the fans who talk about television, and since most of us are lurkers in the social world, there is a great deal of value in those who want to contribute. As we bring them onto the i.TV platform, we think that they will generate a lot of value for all of our partners across the board.

And then the second reason is that they have perhaps the best established long-term relationships with the broadcasters.

Broadcasters see GetGlue as a highly relevant partner to reach their audience in the extended social space, and that's an important part of our ongoing strategy at i.TV -- to make broadcasters part of the conversation. There are different ways to do that but I personally believe that GetGlue has developed these relationships in such a way that the broadcasters are very self-interested. They don't have to be compelled to do something unnatural -- they're already interested in talking to this audience.

Dumenco: The idea of the "most engaged second-screen audience" is interesting. When you look at the universe of second-screen engagement, it's still a fraction of the overall television audience. There are a lot of people who ultimately don't necessarily want to actively engage. They might be passively engaging -- looking at tweets about TV or looking at what GetGlue users are doing -- but they don't necessarily want to chime in. So what's the upside in terms of growing the user base? How do you grow the GetGlue user base beyond that core passionate audience?

Pelo: Well, let me back up and make sure you understand i.TV's play. We are a platform partner to other brands so we're the "powered by" brand behind what others are doing. So each brand might address a market in a different way. Nintendo's experience is very different from AOL's experience, etc. [Both Nintendo and AOL are i.TV platform partners.] Everybody has a different take on this and while we're very interested in growing the GetGlue base, we also want to be true to what the base is intended to be, which is sort of a superfan community, and that isn't everybody. But we believe that if we can feed that superfan voice into the platform, that it generates lots of new opportunities for all the partners, and that's where growth occurs.

I'm sure more than anyone -- including Viggle, earlier this year when they made their run at GetGlue -- we see just tremendous value in this core fan base.

Dumenco: Speaking of Viggle, when that deal fell apart there was a lot of discussion of the fact that the combined active user base would have been smaller than people might have guessed given that there was a lot of overlap between the GetGlue and Viggle user bases. GetGlue claims 4.5 million registered users. But what's the monthly active user number -- or whatever metric you're using -- that shows just how truly active these folks are?

Pelo: Yeah, we use monthly actives and that's 1.2 million for GetGlue right now. 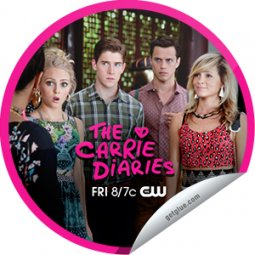 Dumenco: So, you're a "powered by" service for your partners, but you also have a very popular namesake app across platforms. Do you have a sense of what kind of overlap you would see in terms of your user bases -- across your app and your partner apps -- and GetGlue's? [i.TV reports 15 million monthly users across its namesake app and the products released by its partners, from AOL TV to Nintendo TVii.]

Pelo: You know, frankly I'd be surprised if there's much overlap at all. Our i.TV app is a program guide -- over the versions, over the years, we've simplified that experience, and it's remained primarily a guide, so it's differentiated dramatically from both Viggle and GetGlue in that respect. I'm not surprised to hear that there was overlap between GetGlue and Viggle, though I haven't really studied that.

Dumenco: It makes sense that a program-guide app has a much broader user base than the superfan "check-in" base. You offer utility -- people that use i.TV don't have to be people who are into social TV, per se, obviously.

Dumenco: But back to the superfan community. Ad Age used to run a weekly check-in chart with GetGlue, from Sept. 20, 2011 to Nov. 20, 2002. GetGlue offers stickers, physical stickers that are mailed out and digital "stickers," as check-in incentives, and one thing we saw is that it seems like the stickers potentially skewed GetGlue check-in activity in favor of audiences that are susceptible to such incentives. So, like, CW shows that appeal to teenage girls do really well on GetGlue because teenage girls watch those shows and want those stickers and thus over-index on GetGlue. The result is a disconnect between TV ratings and GetGlue check-ins. You'd have a CW show like "Nikita" with marginal ratings being No. 1 on the GetGlue chart not only because the show appeals to that fan base but because those fans want to complete their sticker collection.

Pelo: Philosophically I'm not in favor of incentives because I don't think they maintain real value. I think what GetGlue did to start their fan community by offering digital stickers and physical stickers nonetheless was a necessity.

Taking responsibility now for the GetGlue legacy, I might describe it differently and instead of describing things like that as incentives I'd prefer to think of them as memorabilia or "cred" that you get as a fan. You know, the physical sticker world at GetGlue has diminished over time as people have kind of used the check-in and the digital stickers to create their collections. But there are some things we'll roll out in the next few weeks with GetGlue that will expose some of the promise of what can be done beyond a simple check-in to keep people engaged and to reward them -- not in the incentive fashion. 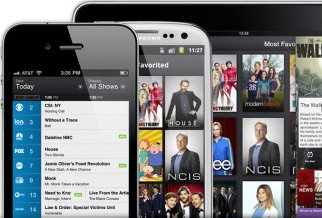 Dumenco: I'll join you in saying that I kind of philosophically have problems with incentivizing social TV activity -- because what I'm interested in is organic activity, authentic activity, vs. what stuff people are doing just because there's sort of a Pavlovian response: You know, a "Oh, I press this button and I get a reward" kind of a thing. My blunt question here is, are you considering or have you decided to discontinue the physical stickers at some point?

Pelo: I don't think we know enough yet to make that decision. My answer would be no plans have been made to discontinue the physical stickers. We need to better understand the community and what's important to them.

One thing that was surprising to us as we were looking at the business is we assumed that people checked in, got their sticker and then left, but that's not true. These people are hanging around for a long time, a whole lot longer than they do in our i.TV app. We would have suspected the check-in activity was just that -- "I got it and I can leave" -- but no, they are engaged for long enough to literally watch a half hour or hour show. So there's something happening there that has latent potential and we don't fully understand it yet but we certainly have our ideas on how to leverage it.

Dumenco: OK, now for a couple structural questions. You're based in Provo, Utah. GetGlue is based in New York City. You're keeping the office open in New York?

Pelo: Alex will not be with the company. Nor will Evan Krauss, GetGlue's president.

Dumenco: In terms of actually doing the deal, when did this start -- this process of you guys getting serious about acquiring GetGlue?

Pelo: I would say that it became very interesting to both parties about a month ago.

Dumenco: You're not disclosing the specific financials behind the deal, but in terms of the VC firms that poured money into GetGlue over the years -- are they cashing out or are they now investors in your company? What's the transition for folks who wanted an exit with their GetGlue investment?

Pelo: Well, that's the good news about the deal, and I guess this will tell you something about the structure of the deal, and that is that the GetGlue investors are coming along as part of the deal and they're enthused about that. I know, for example, that before they accepted our offer they looked at other alternatives. What's been communicated to me is that the investors made the decision to move ahead with us based on their beliefs that there is true synergy here and upside for everybody.

Dumenco: Off the top of my head, thinking back to the investments in GetGlue over time, it was Time Warner Investments and Rho Capital Ventures and --

Pelo: -- and Union Square Ventures, GetGlue's first investor. All of them are in the deal.