Why the 'Enthusiasm Gap' Is Basically Nonsense

Memo to Political Reporters and Pundits: Whatever
READ THIS NEXT
$272M and counting: Inside the insane ad spending on the Georgia U.S. Senate runoff 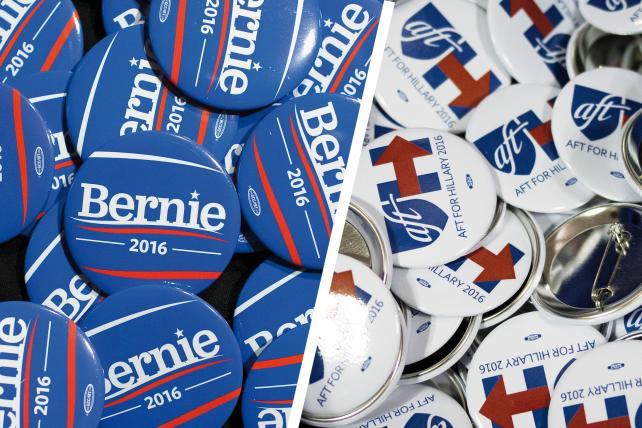 Of all the maddening terms of art that political pundits and reporters are bandying about this election season, the most maddening might be "enthusiasm gap."

It's hardly a new phrase, of course; it was widely used in the last presidential election too. But it's had a resurgence this year, particularly on the Democratic side of the race, and specifically in regard to what wags say Hillary Clinton needs to narrow.

Though the biggest gap arguably exists on the GOP side -- between the mobs of passionate Donald Trump supporters and the equally passionate Trump haters -- the unexpected rise of Bernie Sanders gave the media a fresh reason to question the inevitability of Hillary Clinton.

For instance, a Jan. 12 New York Times story, titled "Hillary Clinton Races to Close Enthusiasm Gap With Bernie Sanders in Iowa," sounded the alarm: "Iowa Democrats are displaying far less passion for Hillary Clinton than for Senator Bernie Sanders of Vermont three weeks before the presidential caucuses, creating anxiety inside the Clinton campaign as she scrambles to energize supporters and to court wavering voters. The enthusiasm gap spilled abundantly into view in recent days."

Yeah, it spilled all over the place -- across print and digital media, the cable news shows and even "Saturday Night Live." The Feb. 13 "SNL" cold open featured the spectral presence of Clinton (played by Kate McKinnon), unseen by a group of young people having dinner at a trendy restaurant.

"I mean Hillary is the most qualified candidate in history," one diner (Vanessa Bayer) says to her friends in the skit, "but at the same time, ehhh?" "Yeah," a fellow diner (Taran Killam) responds, "I mean, Hillary has every single thing I want in a president, but ..." -- and then the table of four cheerfully erupts in unison: "She's no Bernie!"

At which point, invisible Clinton arrives on the scene to deliver a heartfelt (and entirely ignored) rendition of the Bonnie Raitt standard "I Can't Make You Love Me."

The enthusiasm gap is not only a tool of political punditry, it's a marketing conceit; it's a close cousin of another buzz term that won't go away: "engagement." Part of the problem might be that Sanders has had better, more engaging, more memorable advertising than Clinton so far.

Like "America," that glorious nothing sandwich of an ad, set to Simon & Garfunkel's 1968 song of the same name. A stirring montage of American heartlanders doing heartlandy stuff -- hanging out with cattle, bailing hay, attending Sanders rallies and so on -- it was an ad that was very easy to be enthusiastic about (as of this writing, it's been viewed more than 3 million times on YouTube). It said nothing, but said it beautifully.

After many observers pointed out that most of the American heartlanders in "America" were rather, you know, pale (according to the U.S. Census, 94% of Vermonters identify as white), the Sanders 2016 campaign scrambled to emphasize the senator's civil rights-era bona fides while securing the endorsements of prominent African-Americans, from Harry Belafonte to Spike Lee. Not that any of it helped; shortly thereafter, Sanders ran into his own enthusiasm gap in South Carolina, where black voters went with Clinton by a landslide 86% to 14%.

In other words, the enthusiasm gap is in the eye of the beholder. As David Horsey of the Los Angeles Times wrote last week, "African-Americans are the bulwark of the Democratic Party. In many Southern states, blacks account for as much as half the Democratic vote. Without the black vote, Barack Obama would not have won two terms in the White House." Or as the headline on his column put it, "The fate of Bernie, Hillary and the Democrats rest with black voters."

Really, we should be focusing in particular on that last word: "voters." Here it might be helpful to quote the insight of the guy, Nate Silver, who helped popularize the notion of the "enthusiasm gap." In an October 2010 post at his FiveThirtyEight blog, Mr. Silver said you should think of "turnout gap" whenever you hear "enthusiasm gap."

"'Enthusiasm gap' conveys the impression that it's all about who has the most yard signs, or who is screaming and shouting the loudest, or who is most inclined to talk politics around the water cooler," he wrote. "But those things only matter to the extent that they affect turnout -- the proportion of Democrats, Republicans and independents that come out and vote in November."

In the primaries and caucuses through Super Tuesday, Democratic turnout fell "drastically" compared with 2008, while Republican turnout is setting records, The New York Times reported last week. At the moment, moreover, Republican voters have a strong edge over Democratic voters (31% to 23%, according to a CNN/ORC poll) in regard to being "enthusiastic" about voting in November.

But imagine what might happen to Democratic turnout if Trump is the GOP's choice.

"Enthusiasm gap" suggests a yawning chasm that must be crossed -- preferably in a daring, high-flying leap -- with charisma and conviction. But the truth is that the boundaries and width of the gap (where it actually exists), change dramatically from moment to moment, from state to state, from county to county and from demo to demo. Voters, like all consumers, make choices based on a constellation of factors that can include excitement but don't stop there.

Which means the enthusiasm gap is a perfect construct for cable TV blowhards and campaign consultants -- and generally grade-A nonsense for the rest of us.