Whose Existential Crisis Is More Severe? Adland's or the Media World's?

With eBay Researchers and Slate and Atlantic Writers Wondering If Online Advertising Is Pointless, What Is Anyone Supposed to Believe Anymore?
READ THIS NEXT
Maybe your company should hire a Chief Sanity Officer

A marketer recently tweeted me: "Hey Media Guy, when am I going to stop advertising on TV? Or do you think five years from now we'll still be tuned in?"

Good questions! My answers: Not only will you still be advertising on TV in five years, but CBS President-CEO Les Moonves, for one, will figure out a way to get you to pay even higher rates for it. And his salary will finally hit the $100 million mark -- up from the $66.9 million in compensation he pulled down in 2013, as disclosed in an April regulatory filing.

In other words: Suck it!

I can say all this with a reasonable degree of confidence because even as the old-school TV model continues to come apart at the seams, well, every other media model is being questioned too.

It's telling that as adland was taking over Cannes with its annual ritual of heartfelt self-congratulation, ad-supported digital media was having its own crisis of faith about … digital advertising. Last Tuesday, Jordan Weissmann of Slate, the original online magazine, published a post titled "We Have No Idea If Online Ads Work."

Weissmann offers an analysis of a working paper released by the National Bureau of Economic Research which was based on a study of online ad effectiveness conducted by eBay's internal research lab. As Weissmann summarizes it, the study came to "a simple, startling conclusion: For a large, well-known brand, search ads are probably worthless." 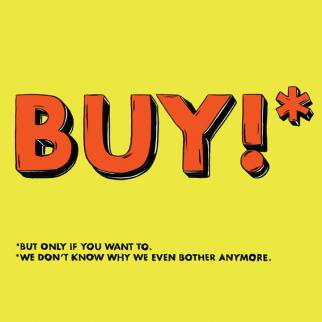 "Companies," Weissmann writes, "understandably like to target audiences they think will like what they're selling. But that always leads to the nagging question of whether the customer would have gone and purchased the product regardless. Economists call this issue 'endogeneity.' Derek Thompson at The Atlantic dubs it the 'I-was-gonna-buy-it-anyway problem.'"

Thompson's Atlantic piece, by the way, is even more chillingly headlined: "A Dangerous Question: Does Internet Advertising Work at All?"

In addition to looking at the eBay research, Thompson also considers Facebook-funded research surrounding Facebook-ad effectiveness -- which, naturally, he takes with a grain of salt.

"Let's say I want to buy a pair of glasses," Thompson writes. "I live in New York, where people like Warby Parker. I've shopped for glasses at Warby Parker's website. Facebook knows both of these things. So no surprise that today I saw a Warby Parker sponsored post on my news feed. Now, let's say I buy glasses from Warby Parker tomorrow. What can we logically conclude? ... Maybe Facebook has mastered the art of using advertising to convert sales. Or maybe it's mastered the art of finding people who were going to buy certain items anyway and showing them ads after they already made their decision."

So what should anybody in media or marketing believe in anymore? Well, uh, maybe native advertising, if you listen to the likes of native-ad purveyors like BuzzFeed and even, lately, The New York Times. Or maybe digital video, the recurring great white hope of web publishing, given that video CPMs are holding up better than other digital CPMs.

But here I'll quote the subtitle of Derek Thompson's Atlantic piece, because it distills not only the problem with digital advertising, but cyberspace itself: "The internet was supposed to tell us which ads work and which ads don't. But instead it's flooded consumers' brains with reviews, comments, and other digital data that has diluted the power of advertising altogether."

Flooded. Diluted. Key words, those. The media world and adland both like to beat everything to death. If something's working, let's push it so hard it breaks!

This is the new normal -- this nonstop crisis of faith. We're doomed to keep worrying about how maybe nothing works in advertising anymore (or at least doesn't work like it used to, or is supposed to) even as Silicon Valley continues to see advertising as a bottomless well of support for any and all tech startups.

But back to TV. Digital people will tell you that TV is dying, or is maybe even dead already, but it's worth noting that the marketers that appear in the annual 100 Leading National Advertisers package in this week's issue of Ad Age are, as a group, still huge believers in TV advertising -- and they generally don't seem to be hurting for having invested in the old boob tube.

For all the current obsession about data-driven, automated, programmatic digital buying, TV remains better than any other media sector at inspiring emotional buying: seducing marketers by getting them excited about the seemingly limitless crops of new and returning shows that are so awesome and addictive that even digital people can't shut the hell up about them (see: Twitter during prime time).

That's why TV's boozy, star-studded upfronts get more and more out of control every year.