Why Can't Mark Zuckerberg's Aging Startup Learn to Play Well with Others?
READ THIS NEXT
Maybe your company should hire a Chief Sanity Officer

Despite Facebook's Harvard-dorm-room roots, the company's M.O. is more stubbornly childish than post-collegiate. Think of Facebook as a self-absorbed, petulant brat, one that doesn't understand how to play well with others -- users, investors, partners, competitors. Consider just the latest string of misbehavior:

Last month Facebook created a more-prominent control panel called Privacy Shortcuts. But as New York Times "Bits" blogger Nick Bilton put it, "When Facebook giveth, Facebook taketh away" -- specifically, you can now no longer hide yourself from Facebook search. Bilton quoted a company executive as saying that particular privacy option was killed because only "a single-digit percentage of users" use it."But keep in mind," Bilton added, "that Facebook has a billion people on the site; a single-digit percentage of users could mean tens of millions of people." 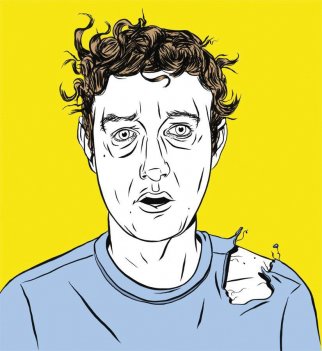 Facebook doesn't just screw users with its shifty privacy practices; it also engages in shifty (if technically legal) tax-dodging practices. Just before Christmas, Britain's The Guardian newspaper reported that Facebook uses a byzantine accounting technique called -- no kidding -- the "Double Irish" to drastically minimize its tax burden. Basically, "Facebook is structured so that companies buying advertisements ... anywhere outside of the U.S. have to pay Facebook Ireland." Through a complicated series of maneuvers involving royalty payments and transfers to the Cayman Islands, Facebook Ireland is then able to report a huge loss, "despite it accounting for 44% of the social network's revenues." Per Business Insider's math, that means Facebook paid just $4.64 million on its entire non-U.S. profits of $1.34 billion for 2011 -- an effective tax rate of 0.3%.

You almost had to see this coming: Just a few weeks ago, execs at the photo-sharing app Instagram, acquired by Facebook last fall, announced a truly breathtaking revision of its Terms of Service that granted Instagram blanket rights to sell user photos to third parties without compensation. In the wake of outrage from users (including media companies such as National Geographic), Instagram co-founder Kevin Systrom was, of course, forced to walk back the changes and insist that "It is not our intention to sell your photos." (Oh, please. That was totally your intention; you just thought you'd get away with it.)

Startups that have built businesses around the Facebook platform invariably get jerked around not only because the Facebook platform is a moving target , but because Facebook is always changing the rules of the road for partners. Consider, for instance, the sad story of game-maker Zynga, which pulled the plug on a bunch of games at the end of the year as it continues to lay off employees. Facebook has, over time, forced game-makers into its payment system (where it takes a 30% cut), massively reduced exposure of games, and, specifically in regard to Zynga, announced a change to the partnership in November that essentially means Facebook can now compete with Zynga by making its own games.

Also last month, Facebook introduced the Poke app. The app, which lets users send self-destructing texts, videos and images, "was so closely modeled on Snapchat that it led to speculation that Facebook had tried to buy the smaller company," as Bloomberg Businessweek reported. "Snapchat users were not impressed. They hated the new app, deriding it as an obvious rip-off." Facebook CEO Mark Zuckerberg was reportedly part of the Poke coding team.

Why do we put up with all this? Well, some actually don't (see the Dec. 31 "Bits" blog guest post by former Engadget Editor-in-Chief Ryan Block titled "Why I'm Quitting Instagram," in which he reveals that he also quit Facebook last month). But the larger answer may be that the media -- and by extension, we as a culture -- tend to give tech startups an almost absurd amount of leeway when it comes to the basics of professionalism. A certain amount of erraticness and even deviousness is almost seen as part of the charm of tech startups.

But here's something that may surprise you (because time flies; just check your timeline): Facebook isn't exactly a startup anymore. It turns 9 next month (it launched Feb. 4, 2004 as thefacebook.com). And its boy-genius CEO turns 29 in May.

I'd say "They grow up so fast!" -- except that sometimes they don't.