When Will Politicians Entirely Fire the Media? | Ad Age
Skip to main content

When Will Politicians Entirely Fire the Media?

In the Wake of the CNBC Debate, GOP Candidates Hold Unilateral Hostage Negotiations. But Why?
READ THIS NEXT
Maybe your company should hire a Chief Sanity Officer 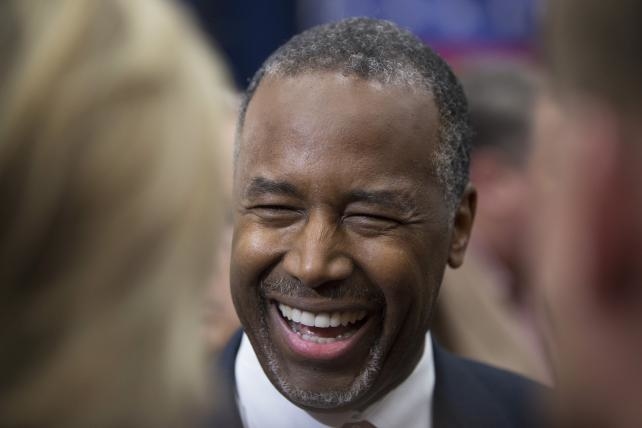 Ben Carson in the 'spin room' after the Republican presidential debate at the University of Colorado in Boulder on Oct. 28.
Credit: Matthew Staver/Bloomberg

In the wake of Republican presidential candidates' collective uprising against CNBC for hosting a rather churlish debate last week, their campaigns decided to hold a mini summit Sunday night in Alexandria, Va., to rethink how they will and will not work with the networks going forward. Retaliation against CNBC was already a done deal -- in the form of the Republican National Committee suspending its partnership with NBC for a planned February debate -- but the candidates wanted more than that.

And so they held what amounted to unilateral hostage negotiations, without network input. At this point, it's not entirely clear who's holding whom hostage, which might be why the candidates emerged from Alexandria with only "a modest list of demands," according to The New York Times, including:

… opening and closing statements of at least 30 seconds; "parity and integrity" on questions, meaning that all candidates would receive similarly substantive questions; no so-called lightning rounds; and approval of any graphics that are aired during the debate.

More tellingly, the campaigns decided to take the RNC out of future debate negotiations -- obviously as punishment for letting the CNBC situation happen in the first place. "They'll continue to do logistics and all that kind of stuff," Ben Carson's campaign manager Barry Bennett told The Hill of the RNC. "But they're a partner. They're not our boss."

That you're-not-the-boss-of-me subtext is entirely on-point coming from the rulebook-free Carson campaign. In fact, we can thank Carson and fellow political outsider Donald Trump for inculcating their fellow Republicans on how the media actually works circa 2015. Carson and Trump seem the most acutely aware that given the diminishing cultural power of the TV networks (not to mention fading newspaper franchises), candidates increasingly get to author their own narratives. As self-made phenomena who have left political pundits both bewildered and agog, they feel like they can proceed without playing ball with the media, thank you very much.

It's telling that, during the Alexandria talks, Jeb Bush's reps were reportedly open to reinstating the February NBC debate. Across the land there are politicians like him who can't begin to imagine running for office without engaging in the usual dance -- the ol' dodge and weave, the ritualized favor-trading -- with the mainstream media. And given that he's down in the polls, Bush is eager to forgive -- but not forget -- CNBC and its peers.

Meanwhile, Trump and Carson are, at the moment, acting like content marketers, secure in the presumption that if they just keep on entertaining the electorate, journalists will have no choice but continue to show up and dutifully take dictation. And if they don't, screw 'em! Per The New York Times:

Barry Bennett … also suggested looking "beyond television" and working with new-media companies like Facebook, Twitter, Google and YouTube to live-stream the debate on a feed the networks could share. "They can all host the debate," Mr. Bennett said. "They can all provide the media feed to every television broadcaster in America."

Jeb Bush & Co. might still be suffering from something akin to Stockholm Syndrome, fearing the worst if they defy their media captors. But Trump and Carson were never in the mainstream-media-run prison to begin with -- of if they ever were, or still kinda are, they've noticed that the walls have come tumbling down. And they can come and go as they please.