The Truth About 'Social Search'

Last week Facebook CEO Mark Zuckerberg took the stage at a TechCrunch conference in San Francisco and said, "Six months ago, we were in a bad place in mobile. ... There is no doubt we had a bunch of missteps on this. But we've transitioned now and we are a mobile company."

Like magic, Facebook's depressed stock popped, rising 7.7% by the end of the next day of trading.

Coincidentally, I've been meaning to tell you that while I, too, have had a bunch of missteps, I've transitioned now and today I am pleased to announce that I am a mobile columnist. Not only am I fully ambulatory, but I know my way around planes, trains and automobiles -- and my output can be read on iOS, Android and Windows tablets and phones. 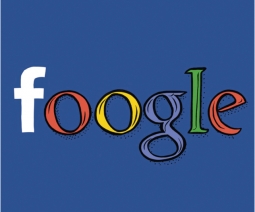 Credit:
Illustration by Kelsey Dake
Now I know what you're thinking: I'm just shamelessly cribbing from Mark Zuckerberg's playbook. Please! For one thing, I'll have you know, I'm not wearing a hoodie; I'm wearing Dr. Denton pajamas. And just as crucially, I will not be issuing any bold statements about social search. That, you see, was one of the other big takeaways of Zuckerberg's TechCrunch chat -- that Facebook, which he says is already handling one billion searches a day "without really trying," is hard at work on a big social-search project.

Go Jump Off a Cliff

That pronouncement, no doubt, also contributed to Facebook's stock rising, because, like adding bacon or Nutella to anything, adding "social" to search is supposed to automatically make it so much more awesomer. We know this because Microsoft's Bing says so right in the slogan it introduced earlier this year for its new social-search feature: "It's amazing what you can do when your friends are part of your search." And it's been showing us what it means by that in its TV commercials, like the one where some scruffy, smiley dude named Kevin is planning a trip to Hawaii and decides to use Bing's Facebook-connected sidebar.

In the spot, we see Kevin on the Bing home page and we watch him type "Hawaii recos anyone?" in the social sidebar. And, like magic (so much magic lately!), his Facebook chums instantly chime in with ... recos. As we hear The Lumineers' "Ho Hey" -- one of those swelling, acoustic-guitar-strummy, feel-good, let's-all-dance-naked-on-the-beach indie-rock songs that are de rigueur in tech commercials these days -- we watch a text box pop up from a gal named Kim, and we see her type in real-time, "This place was great www.southridgehotel.com." And then some dude named Neil writes, "Jump off Waimea Rock!" Isabel chimes in with, "Hidden trail. Mile 15." And Mike writes, "Try the spicy poke!!!"

OMG OMG OMG, I love my friends! Er, I mean Kevin's friends. Whatever, same dif. Throw out your guidebooks, un-bookmark Wikitravel, cancel your subscriptions to Condé Nast Traveler and Afar, because social search is here to save the day. People who search people are the luckiest people in the world ... or something like that .

But at the same time, I have to tell you that I have some doubts about Kevin's specific circumstances. For one thing, in the otherwise cheery montage of Kevin on vacation in Hawaii, he has a bad reaction to trying the spicy poke. And then, wait -- hold on while I check something. ... Hey, it turns out there's no Southridge Hotel in Hawaii; that URL goes nowhere (what the hell, Kim?). And if you type "Waimea Rock" into Google (but curiously, not Bing), one of the top suggested searches is "Waimea Rock death" -- turns out the rock has been nicknamed "Death Rock" because of treacherous currents at certain times of the year.

Even worse, I just watched the Bing spot again and it says, "Do not attempt" in small print as Kevin jumps off Waimea Rock.

Read between the lines: Kevin's friends hate him! They want him dead!

Look Out Below, Google!

So screw Kevin and his friends. I've got my own friends, and so do you, and everybody knows that in 2012 we all live in a social-media-powered utopia where everyone we know on Facebook is a wise, urbane über-consumer with impeccable taste, always available to instantly help us plan perfect vacations to anywhere in the world with quirky, up-to-the-minute real-time recommendations. In fact, whenever we have any sort of purchase intent -- for vacation travel, luxury goods, home electronics, planes, trains or automobiles -- we should turn to Facebook.

The moral of the story here -- other than that Kevin is a loser and his friends are evil -- is that at some point Facebook will snatch access to its 950-million-person brain trust away from Bing and hog all that social-searchy goodness for itself, and then Mark Zuckerberg will tell Larry Page and Sergey Brin to go take a flying leap off Waimea Rock.

One last note: I'm going to borrow one of the conventions of the social-sharing site Reddit, where wordy people who write long posts add a "TL; DR" -- "Too Long; Didn't Read" -- summary at the end. Here goes: