Where Will VerComDisnAppleCast Stand on Net Neutrality? | Ad Age
Skip to main content

Where Will VerComDisnAppleCast Stand on Net Neutrality? 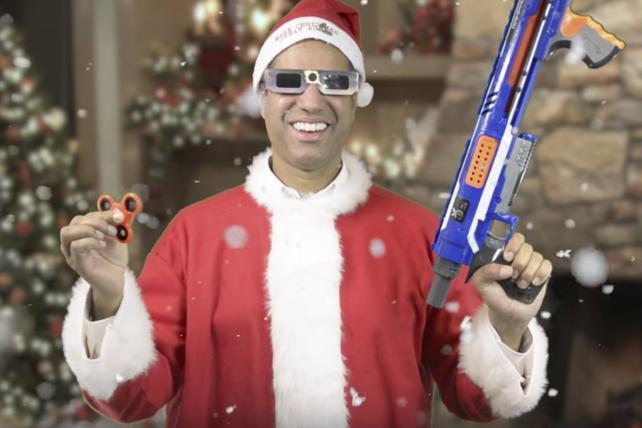 As wildly erratic as the Trump Administration has been in its first year, the events of last Thursday were the clearest suggestion yet of a sort of unified field theory of the Trump approach to business. It's pretty simple: Not only should big business be allowed to get bigger (yuuuuge, even), but big businesses should get to do whatever they want.

After Disney announced its deal to buy much of Rupert Murdoch's 21st Century Fox for $52.4 billion, Trump called Murdoch to congratulate him on the deal. And just two days before the Federal Communications Commission voted to repeal net neutrality rules, Trump's FCC Chairman, Ajit Pai, released a bizarre self-congratulatory "PSA," as he labeled it, in which he dressed up in a Santa suit, did the Harlem Shake, wielded a lightsaber and played with a fidget spinner. "The costumes and props are apparently meant to be ironic and millennial-pleasing," Ad Age's Alexandra Jardine explained. "Pai's underlying message is that the internet is going to be fine, so everybody should stop criticizing him."

Of course, not everybody is criticizing him. Big Telecom—like Verizon, where Pai used to work on regulatory issues as associate general counsel—loves him. In fact, Pai gave an address the first week of December at a conference at Verizon headquarters. Gizmodo obtained a leaked recording of the presentation, during which Pai played yet another bizarre jokey clip—one he described as a "leaked, 14-year-old video" of him talking with a Verizon exec about the FCC.

In it, Kathy Grillo, Verizon's senior VP and deputy general counsel, tells Pai, "As you know, the FCC is captured by the industry, but we think it's not captured enough, so we have a plan."

"We want to brainwash and groom a Verizon puppet to install as FCC chairman," Grillo says. "Think 'Manchurian Candidate.' "

So a straightforward plan—just give Big Telecom whatever it wants—is already backfiring, as lawsuits (e.g, New York immediately announced a multistate court challenge) pile up with backing from other big players.

Much of Silicon Valley, for instance, has been vocal all along about opposing what the Verizon puppet (er, FCC chairman) was cooking up. In August, Apple argued to the FCC that "paid fast lanes could replace today's content-neutral transmission of internet traffic with differential treatment of content based on an online provider's ability or willingness to pay ... and could allow a broadband provider, not the consumer, to pick internet winners and losers, based on a broadband provider's priorities rather than the quality of the service."

As T.C. Sottek of The Verge wrote, a combined Disney-Fox "now has massive leverage over the content industry," which it can use "to compete with Comcast, AT&T, and Verizon, because, like Disney, those ISPs are trying to sell people their own video services. Because Disney now owns so much content, other media companies have greater incentive to consolidate to improve their bargaining positions. Ashnd ISPs have greater incentive to merge with media companies so they can reap profit from the content that travels on their networks. It's an escalating cycle of consolidation."

So what's the solution here? What's the endgame?

It's pretty obvious: The Trump administration could just eliminate all regulations, stop worrying about picking big-business winners, plural, and instead pave the way for one winner: VerComDisnAppleCast. (Unless things turn out differently and it's DisnAppleComVerCast.)

---
*Unless you're Time Warner and you own CNN, and you want to get acquired by AT&T