Eli and Peyton Manning Debut at No. 3 With DirecTV Spot | Ad Age
Skip to main content

Eli and Peyton Manning Debut at No. 3 With DirecTV Spot 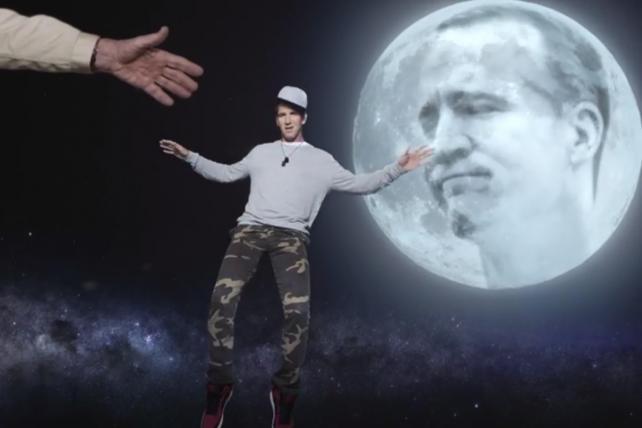 Last week, the country bore witness to the return of NFL quarterbacks Eli and Peyton Manning, doing what they don't necessarily do best: rapping for DirecTV. Succeeding their rap debut last year for the satellite TV provider, the brothers and NFL quarterbacks most recent music video garnered 3.6 million views over the week that ended on Sunday, according to Visible Measures -- good enough to earn it the No. 3 spot on this week's Viral Video Chart.

Thai Life Insurance debuts at No. 5 this week with a completely different sentiment for its "Street Concert" campaign. The tearjerker resonated with viewers as it explored the universal healing power of music and the friendships it can help foster.

Other new entrants this week include Dodge at No. 7 with the pairing of comedians Craig Robinson and Jake Johnson that includes a bitch slap as the two battle it out in a promo spot for the brand's 2015 Dodge Dart; and Nike takes the last spot at No. 10 with an advert touting its new Flash Top gear, a spot that's part of a three-short series for the its "Gear Up" campaign featuring animated versions of soccer stars Wayne Rooney, Andrés Iniesta and Cristiano Ronaldo.