Every week, we publish the ads audiences choose to watch most with our friends at Ad Age in the Viral Video Chart. Many of the ads come and go quickly, but some are more resilient, fighting off competition and digging their heels in to remain on the chart for weeks. The views for these campaigns add up, and, every so often, we like to take a look at their performance over the long haul.

With this in mind, we've published a refreshed list of the Top 10 Viral Ads of All Time . These are ads audiences actually choose to watch -- they don't include pre-roll or auto-play ads that interrupt viewing. To generate these high-impact user-initiated views, brands are creating more content (not ads) than ever before, many with the goal of generating earned media. Creative plays a significant role in the success of each campaign, but paid media has become a critical factor in driving campaigns to what we call their "earned media threshold," a campaign's tipping point for generating earned media. This threshold varies depending on creative quality -- the better the creative, the lower the threshold. The campaigns on this list have each hit their earned media threshold and are running on cruise control at this point. Getting to this point, however, is incredibly difficult, as this list shows.

To determine who makes this list, as well as the Viral Video Chart each week, we measure thousands of social video campaigns across the web. Each campaign is measured on a "True Reach" basis, which includes the original clips the brands and agencies upload as well as the clips audiences copy, mix, mash, spoof and repost across the web.

And they keep on going. Blendtec cuts through more than 700,000 views each week on average, while Evian swallows more than 1.1 million. At this pace, Evian is on track to catch and surpass Blendtec within the next year. The water brand may reach 200 million views before the popular blender.

Newer campaigns are more explosive, but fade more quickly. The campaign that put Old Spice into a different viral league, "Responses," broke speed records online. It flew passed 35 million views in one week. After that , the campaign ran hot for about six months, charging through 500,000-plus views each week. Today, the campaign brings home about 200,000 views per week. It spiked to 400,000 views with Old Spice's new Fabio campaign, a phenomenon we call viral reactivation, but fell back to 200,000 weekly views afterwards. At this rate, "Responses" will hit 100 million views in about two years.

Including "Responses," Old Spice dominates the list with three campaigns. "Odor Blocker" and the campaign that introduced us to the Old Spice Guy, "The Man Your Man Could Smell Like," both make the list. Both campaigns have seduced more than 50 million views.

Volkswagen's "The Force" remains 2011's dominant campaign and the biggest new campaign of the group. "The Force" charmed and delighted audiences, who chose to watch it more than 40 million times in its first three weeks. Since its splash at Super Bowl 2011, the campaign has done consistently well, generating north of 300,000 weekly views.

DC Shoes' "Gymkhana Two," Xbox's "Xbox Project Natal," and Pepsi's "Gladiator" all make return appearances on the list. "Gymkhana Two" will likely get a bump in the coming weeks as "Gymkhana Four" tears its way across the Web. "Project Natal's" and "Gladiator's" days may be numbered on this list as new campaigns fight for position. Generating about 100,000 weekly views each, the public seems to be forgetting about these campaigns slowly but surely.

Doritos' "Crash the Super Bowl 2010" takes the final spot on the list, beating out "T-Mobile Dance" by just more than 500,000 views. Other notable campaigns threatening to displace the most viral campaigns include some of the usual suspects -- DC Shoes' "Gymkhana 3," Nike 's "Write the Future," Doritos' "Crash the Super Bowl 2011," Old Spice's "The Return of the Man Your Man Could Smell Like," VW's "The Fun Theory," and other favorites. While these campaigns are currently the closest to making the most noise, it will most likely be a new campaign that tips the balance, or reactivates a dark horse, and climbs onto the list of the most viral campaigns of all time. Stay tuned.

ABOUT THE AUTHOR
Brian Shin Brian Shin is the founder and CEO of Visible Measures, the analytics and advertising platform for social video. Brian will be presenting the Ad Age Webcast "The Art & Science of Earned Media" Sept. 8 at 2 p.m. EDT. 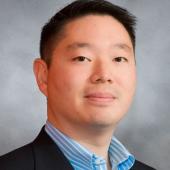 Brian Shin
Brian Shin is founder and CEO of Visible Measures, a digital-video analytics company.
Follow View all articles by this author