'American Idol' vs. 'The Voice': A Social-TV Scorecard

It's a bit of an overstatement to say that Fox's "American Idol" and NBC's "The Voice" are locked in a head-to-head battle. While NBC clearly aimed to ding Fox's franchise by scheduling the second season of "The Voice" to run in the same part of the year as "Idol," the shows air on different days of the week and have differing rhythms (not to mention very different direct competition on other networks).

That said, it's impossible to resist comparing how the shows are performing against each other, so to speak. The Hollywood Reporter's Shirley Halperin did that recently and concluded that "Idol" has the clear ratings edge: "Even with a ratings slump, most networks would kill for the show's numbers," she wrote. (Her whole piece is worth reading because she really digs into the numbers -- examining, for instance, what happens when you factor out the freakishly huge post-Super Bowl ratings of the Season 2 premiere of "The Voice").

But which show has its viewers more engaged? For a social-TV perspective on the "Idol" vs. "Voice" matchup, Ad Age worked with our editorial partner Trendrr, the social-media monitoring firm. Scroll down below the infographic for some context. 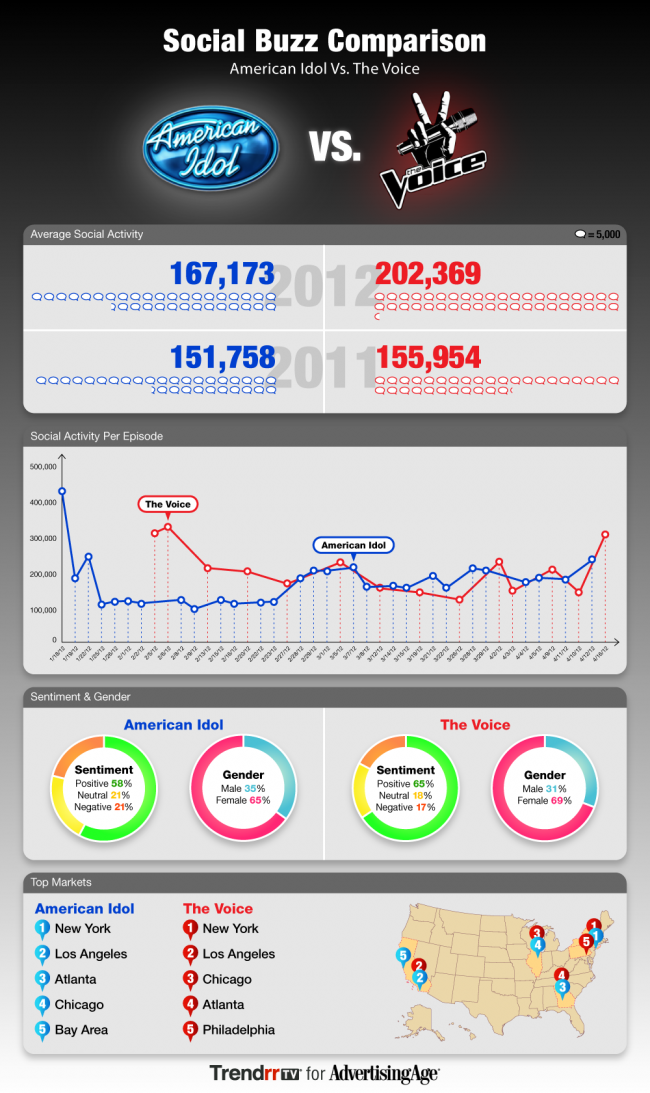