A Bar Called Twitter, That Is. (And Hilarity Ensues?) The 10 Most-Tweeted Brands of the Week Chart
READ THIS NEXT
How restaurant chains are duking it out to be the best in their categories

Hey, Twitter? You're a crazy, bewildering mess -- and I love you for it. Now that we're in the fifth week of the Top 10 Most Tweeted Brands chart -- a new collaboration between Advertising Age and What The Trend -- I have to say that one of the things that's most awesome about trend-watching on Twitter is that it's never entirely clear who's in charge. Some weeks it definitely seems like tweens are dominating the conversation, especially given the recent omnipresence of 16-year-old teen pop star Justin Bieber as a Twitter trending topic. But this week he was actually vanquished (if only by a slight margin) by the more grown-up fare known as the Oscars. And Gen Xers came out in force too, tweeting about both rapper Notorious B.I.G. (on the 13th anniversary of his death) and former teen idol Corey Haim, who was found dead March 10. (Yes, 20% of the top 10 most-tweeted brands this week are dead-celebrity brands.) 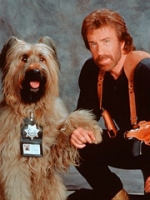 Chuck Norris (right) turned 70 years old on March 10th.
What's also interesting about this week in Twitterland: Geeks seem to be in hibernation. Apple, with its imminent iPad, failed to crack the Top 100, let alone the Top 10, and the only tech brand that really made a strong showing on Twitter this week was Sony, thanks to tweets about its new?Nintendo Wii-esque PlayStation?Move console controller.

And what to make of Chuck Norris, who takes the No. 7 spot? He turned 70 on Wednesday, and presumably his core audience is made up of boomers. But is the Chuck Norris "facts" meme, which got a fresh boost from his birthday (e.g., Chuck Norris has two speeds: walk and kill; Chuck Norris doesn't read books, he stares them down until he gets the information he wants) more of a Gen X or even Gen Y amusement? I bet Chuck Norris would know, but I'm afraid to ask him.

For more information about What The Trend, visit the WTT Frequently Asked Questions.