HootSuite's Twitter Week in Review, Nov. 9-15
READ THIS NEXT
How restaurant chains are duking it out to be the best in their categories

Our Twitter Week in Review chart uses data collected and parsed for Ad Age by the What the Trend (WTT) unit of HootSuite, the social-media management dashboard with more than four million users. (Last week's chart is right over here.) We're back today with Volume 33. Scroll down below the infographic for some context -- and watch for a fresh edition of our Twitter Week in Review each Friday. 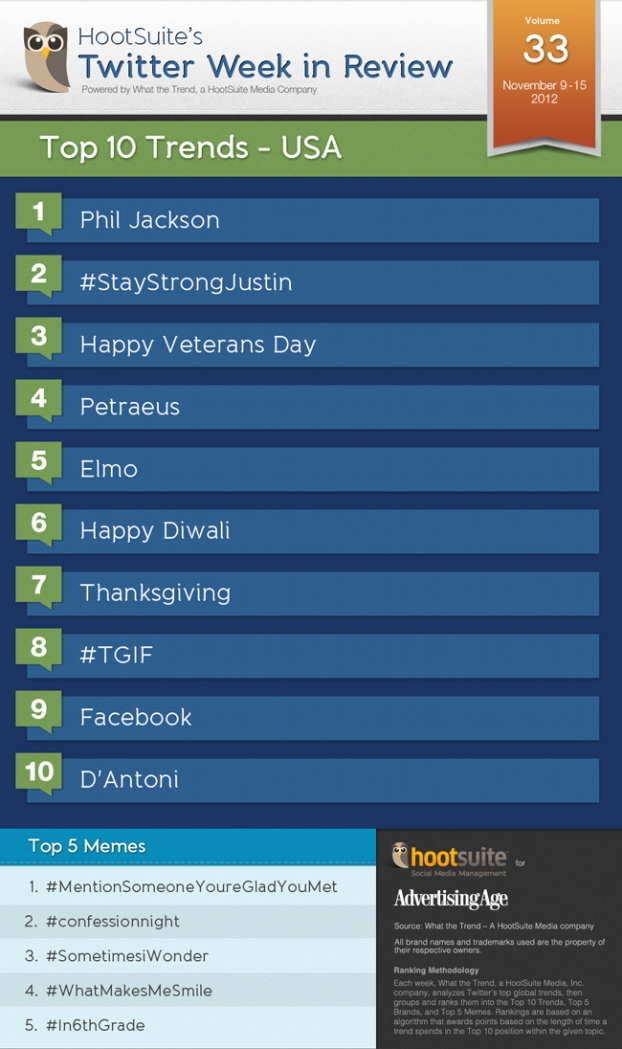 Help HootSuite's What the Trend define trends by following WTT: Define Now (@whatthetrend). And stay up to date on the latest HootSuite product-update details and company news by following @hootsuite.