As It Nears the End, Lessons From '30 Rock' | Ad Age
Skip to main content
Sign In Register

Tuning In: Ad Industry Might Borrow a Page From This Nerdy Comedy
READ THIS NEXT
How restaurant chains are duking it out to be the best in their categories

When Liz Lemon gets married in tonight's episode of "30 Rock" on NBC, she won't have much time to enjoy it. Why? Because she's ushering in a major new plot development that , sadly, also marks the beginning of the end for the offbeat sitcom. 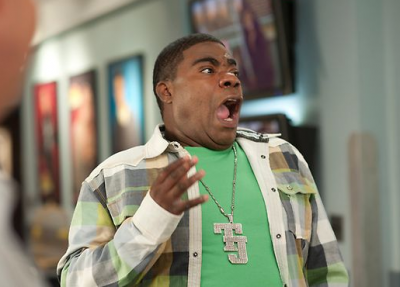 Alas, "30 Rock" is being canceled after just a few episodes more, and just as it was becoming mainstream. (Not mass, mind you; I said "mainstream.") When the quirky comedy made its debut in 2006, few, if any, entries in the genre depended less on plot and more on rapid-fire non sequiturs, made as much fun of the advertisers paying handsomely to get their products inserted into the program, or focused so intently on a topic that was likely of more interest to the people producing and airing the show than those watching it.

These days, however, most of this stuff is commonplace. So it's a good time to review those features of "30 Rock" that , though once considered unorthodox, are now more and more normal operating procedure in the TV business:

Viral vigor
When's the last time you sat down on a Friday and said to your cubicle-mate, "Boy, that was a powerful story line in last night's '30 Rock'?" The answer, simply put, is probably never.

Creator/star Tina Fey and cohorts realized early on that no one watches sitcoms for story. Instead, viewers seize upon individual jokes, catchphrases, facial expressions and set pieces -- and increasingly share them on social media.

As Ms. Fey once told The Daily Beast, "Usually, writers turn in a script and everyone tries to add more jokes to it." My guess is "30 Rock" writers judge themselves to be successful when a joke from the show gets tweeted, shared, posted or watched endlessly on YouTube, not on whether or not TV critics swoon over the actual story of an individual episode.

That idea seems to have caught on. I'd argue you could not have Fox's "New Girl," arguably a series of kooky sketches stitched together across 22 minutes, if "30 Rock" hadn't broken that ground first.

Biting the hand that feeds you (Part I)
How would you feel if you paid perhaps tens of thousands of dollars to have your iced tea or phone service or soda appear in the hands of a character from "30 Rock," only to have that character make fun of you for doing so? Conventional wisdom would suggest marketers would stay far away, but on the contrary, they have lined up for such treatment.

In 2006, the fictional staff of writers portrayed on "30 Rock" derided the fact they were being made to include brands in their own fictional show. Liz Lemon talked about how much she loved products made by Verizon Wireless, then turned to the camera and said, "Can we have our money now?" Earlier this year, the creative team behind the show reached out to Kraft Foods for a live episode in which Kraft cheese "singles" got a mention in a fictional "Kraft Product Placement Comedy Hour" (Kraft's dairy product was touted as "the cheese that won World War II").

In this era of ad-skipping and reduced ad loads on digital screens, it's no wonder that marketers are scurrying to embed themselves in program segments, where viewers look intently rather than look away. Sadly, many of those marketers want to pretend nothing is going on, even though the audience clearly understands that advertisers have paid good money to intrude upon their favorite dramas and sitcoms. Clearly, most programs could never do this without interrupting the "fantasy" that attracted us in the first place. But "30 Rock" showed that it could in fact be done. 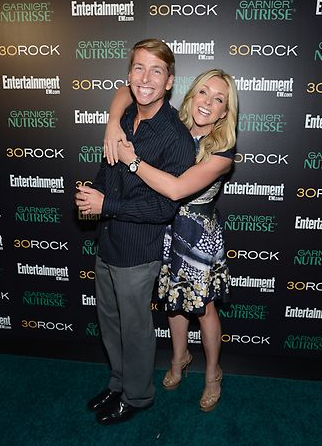 Biting the hand that feeds you (Part II)
Most viewers don't really keep top of mind that their boob-tube entertainment is dispensed to them by multinational media conglomerates like News Corp. and Comcast, and with good reason: The machinations of moguls and studios makes for pretty uncompelling TV (Aaron Sorkin's "Sports Night" aside). Making too much fun, meanwhile, might annoy producers' bosses.

Ms. Fey and cohorts have ignored those concerns, using "30 Rock" to smack poor NBC around in a manner not seen since David Letterman used to poke fun at General Electric from his "Late Night" roost. When Comcast snatched control of NBC Universal from GE, "30 Rock" continued mercilessly, labeling the family-controlled entity "Kabletown" and depicting chief Brian Roberts as an addled but extremely caring suit played by actor Ken Howard.

Should others attempt such satire? It's something to think upon. Would you really want the guys from "NCIS" to start chatting about CBS CEO Les Moonves (even if series lead Mark Harmon is said to be good pals with the CBS boss)? Would you keep watching if the principals from ABC's "Nashville" discussed the fact that their show is a joint production of ABC's studio arm and Lionsgate?

It probably works best when the show is highly self-referential, about show business or both. Conan O'Brien has made his exodus from NBC to cable's TBS a major part of his shtick while HBO's "Newsroom" managed to find some of its most compelling plots when looking at what happens when a news anchor crosses wits with his corporate owners.

We'll miss "30 Rock." For all its innovation, however, the show may well be remembered as the sitcom that grew too smart for the room -- and too erudite to find appeal by the masses that NBC needs to turn its prime-time schedule around. In 2009, Ms. Fey's program fetched $159,674 from advertisers seeking a 30 second spot. These days, the price tag for a :30 is a relatively paltry $76,775.

Like her character Liz Lemon, Tina Fey is perhaps an unrecognized genius... just one who had to work even harder to make her smarts seem sexy.