With 'Gossip Girl' Gone, So Too Is a Roost for Tech Marketers | Ad Age
Skip to main content

With 'Gossip Girl' Gone, So Too Is a Roost for Tech Marketers

Tuning In: Trendy Drama Wove Tech Into Product Placement
READ THIS NEXT
How restaurant chains are duking it out to be the best in their categories

Fans of "Gossip Girl," no doubt, blew gracious kisses goodbye at the rich-kids-in-trouble drama as it concluded its run Monday night on the CW. Technology marketers, on the other hand, probably had to have the program pried from their bear hug. 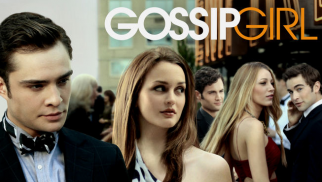 The 'Gossip Girl' characters could afford the latest tech gadgets -- and wanted to use them often.

That's because "Gossip Girl" hasn't just been a trendy drama centered on the glamorous and sometimes kooky travails of Serena van der Woodsen, Blair Waldorf and Chuck Bass. It has also, perhaps, been the training ground for a horde of tech-savvy advertisers trying to find ways to make their products seem less complex and more easy to adapt to modern lifestyles.

When "Gossip Girl" launched in 2007, it did so with Verizon Wireless products in the hands of many of the privileged Upper East Siders who drank, gambled and got into trouble without much interference from parental figures. Verizon won a pitched four-way battle with T-Mobile, Sprint and AT&T for a four-year pact that gave its phones -- a blue LG Chocolate 2.0 for Serena, an orange EnV for Blair and a Motorola Krzr for Brooklyn boy Dan Humphrey -- the closest thing to star billing without stepping in front of actress Blake Lively.

In the seasons to come, more gadgets would find their way into "Gossip Girl" scenes -- doodads from Microsoft and thingamajigs from Hewlett-Packard. "Gossip Girl" became so desirable as a tech showcase that H-P had its TouchPads woven prominently into the program in 2011, only to have most of its appearances quickly scrubbed before the episodes aired because the company had killed the product.

The onslaught of gizmos charged ahead with good reason: Consumer electronics were morphing from big color-TV sets into very personal handheld devices, spawning great changes in how the machines were marketed. Getting a cellphone or tablet on the coffee table during a scene was no longer good enough.

When a product appeared in "Gossip Girl," it "wasn't a branding play," said Barbra Robin, a CW veteran who is currently acting head of the network's integrated-marketing efforts. "It was really about showing features on a device. We ususally do about between six and eight scenes in a season of 'Gossip Girl' -- you can't get that in many shows -- where the characters are using their devices. Initially, it was just a wireless phone, but eventually that became a smartphone, a tablet, all these other types of technology that took them through their day and showed how they used it to get from one place to the next," whether that activity involved checking a map or trying to identify a new song.

"Gossip Girl" helped make it OK, more or less, for name-brand technology to share the screen with actors and actresses. After "Gossip Girl" teamed up with Verizon Wireless, Fox's "24" became a hard-to-miss showcase for Cisco's Telepresence video-communications product, and CBS's "Hawaii Five-0" developed into as strong a showcase for Microsoft's Bing search engine as for Chevrolet, whose vehicles its heroes drove in every episode.

Gadgets may actually make for better co-stars than cans of soda or restaurant logos. Having a character give a shout-out to the romance of taking a road trip with Dr Pepper (CW's "90210") or the hard-to-resist flavor of Subway's Sweet Onion Teriyaki sauce (NBC's "Chuck") seems rather arbitrary. But consumers want to try iAnything these days, so it's pretty realistic and sometimes interesting to see characters do the same -- as anyone who watches ABC's "Modern Family" from week to week can assure you.

Whether or not tech continues to reign in the world of product placement remains to be seen. Silicon Valley had some aid from the central conceit of the CW drama -- most of its characters were rich beyond viewers' wildest dreams -- while digital communication (a scandalous blog) was part of the premise. Having one of CBS's "2 Broke Girls" whip out the latest hot device might seem more jarring.

When the next "Gossip Girl" comes along, tech marketers ought to jump on it. As the nation becomes more divided between its so-called 1% and the 99%, programs like "Gossip Girl" may be harder to come by , and so will the sensible roosts they offer for showing off new gadgets at an extremely competitive time. If the economy continues its current stutter-step, TV shows may focus more intently on the oppressed middle-class. And in those types of programs, a glitzy tech product placement could become as intrusive as a holler for a Subway sandwich in an NBC spy drama.