Attention: The Gorilla in the Room

In 1999, researchers Daniel Simons and Christopher Chabris uncovered some astounding insights in how people perceive the world around them.

Their "Invisible Gorilla" experiment asked people to focus on a video of other people passing basketballs to one another and count the number of hand-offs. Halfway through the video, someone dressed in a gorilla suit walks in and out of the scene thumping its chest around. When asked if anything unusual or if someone in a gorilla suit appeared in the video, about half of the test subjects said they missed the whole thing.

How could that possibly be?

Advertising could learn a thing or two from this lab experience. Consumers have always had the ability to be distracted by advertising, but the proliferation of technology has created infinitely more opportunities for that to happen. And, amidst our unending chase for mass reach, it must be acknowledged that we haven't effectively, and in a scalable way, incorporated attention within how we conduct business, specifically how we plan, sell, buy and evaluate the impact of video advertising.

We've transitioned from being able to deliver impactful advertising campaigns that stir up cultural moments, to creating too many ads that gunk up the viewing experience. We've helped foster a whole generation of skeptical, disinterested, and inattentive consumers.

Some may say that people have come to dislike advertising altogether, but that's not necessarily true. There's plenty of advertising that is celebrated and welcomed by people today. Rather, people dislike and tune out irrelevant disruption.

For advertisers, the importance of attention is intuitive. If someone does not pay attention to your ad, it won't have an impact. But, as with most things, there is a lot of nuance there, and putting some hard facts and figures behind that intuition helps with understanding the scope.

And, that's exactly what we did; here is what we found.

All exposures are not created equal

You probably don't need a cavalcade of research to understand that the value of the ads running in each of those scenarios are quite different; yet, each is represented the same, as measured by TV's traditional age and gender metrics.

Consider this analysis correlating tune-in and store visits for a quick-serve restaurant: In a sample of more than 3,000 people over the course of a year, we looked at people who were exposed to the QSR advertising within the two scenarios laid out previously–attentive TV watchers and distracted TV watchers.

The data showed that impressions delivered to attentive viewers were up to four-times more effective in driving store visits than exposures to the other group.

In short, optimizing a media plan for areas where people pay attention, rather than just a GRP, drives greater conversion.

At the end of the day, great advertising is about creating a connection, and the context in which advertising is delivered–the conduit for that connection–cannot be ignored. Advertising creative that authentically fits into the context of its surrounding program generates greater attention.

For example, TVision found that State Farm ads with Green Bay Packers quarterback Aaron Rodgers garner 10 percent more attention when they air during Packers games. Turner found similar results when using Driver Tags to measure the context match between the programming content and the actual ad creative–there was greater return on investment where there was a closer alignment.

This makes sense. Today, much of television advertising is predicated on disrupting the flow of the programming, hence a commercial "break." Faced with the choice of putting up with an irrelevant ad or tending to the glowing gaze and beep-boops of one's mobile phone, it's quite a clear choice–one little to do with one's age or gender–to divert attention.

This is why efforts within the Turner Ad Lab and other joint industry initiatives, as well as continued adoption of emerging native formats are vital. They put into practice, beyond just lip service, what's needed to re-imagine ad experiences and improve the ROI that advertisers get from video advertising.

We have not even scratched the surface in terms of the sheer power of attention data, but we have learned a number of interesting factors that drive attention.

Some are expected, but other insights are quite counter-intuitive. Conventional wisdom would say content that reaches the largest audience drives the most engagement. More often than not, that's not true. Content tailored for specific audiences taps into the passion of those communities in a way more general interest type content does not.

Marketers would be keen to understand that dynamic when putting together their media plans. Sometimes going big, and not taking into account if that audience is paying attention, is not most effective. It's about optimizing reach with the greatest amount of attention.

This is all to say that in an age with limitless distractions, engaging and relevant content is still very much king. With methods to detect and analyze viewer attention, we can start to truly unravel the drivers of engagement within those environments. Ultimately, partners such as TVision are part of a larger Turner's commitment to test, learn and implement initiatives to help drive higher return on investment.

Those insights will enable us to create a more virtuous marketing circle, where consumer insights help lead to better, more relevant content, and ultimately, much better outcomes for marketers. And, we'd finally stop ignoring that gorilla. 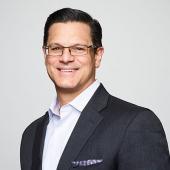 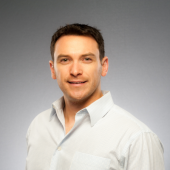 Dan leads the commercial organization at TVision Insights. TVision Insights operates an always-on panel that passively and anonymously measures 'eyes-on-screen' attention to TV & OTT programming and advertising. The commercial teams at TVision enable forward thinking advertisers and media owners to make smarter business decisions using 'eyes-on-screen' attention. Dan has produced and presented cutting edge insight on the drivers of attention and how to optimize for impact at the ARF, Cannes Lions, NAB, CIMM, and Advertising Week. Dan has an MBA from Massachusetts Institute of Technology (MIT) and a Bachelor of Science from Northeastern University.