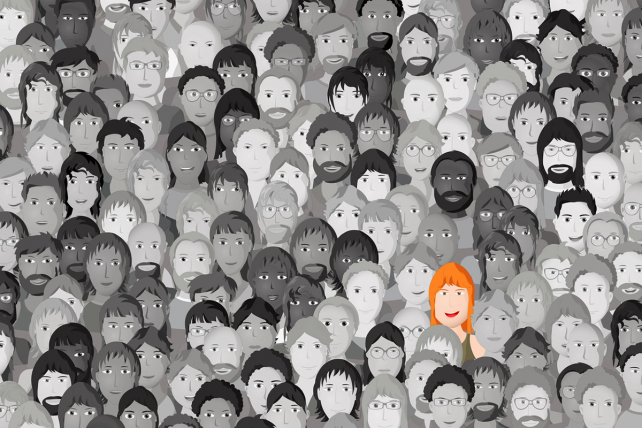 It's often said the definition of insanity is doing the same thing over and over again, but expecting a different result.

In that context, I would argue that the media business is fairly insane right now. Many examples support this argument, but one notable one is that we still use age and sex demographics to determine the value of advertising.

I've tried explaining this to people outside of our industry – that the fate of billions of dollars rests on the notion of age- and gender-based metrics. For example: What do Ted Cruz and Justin Timberlake have in common? They are both men, aged 25-54. Time and time again, these ad land outsiders are perplexed by why they are treated as one and the same. As they should be.

Leonard Goldenson, ABC's founder in the early 1960s, developed the model when it was brought to his attention that his new show, "American Bandstand," was doing better with younger audiences and wanted to capitalize on that. The rest is ancient history.

Well…actually, that ancient history is still today's reality, since we've been doing it the same way ever since! We've been using a number of excuses to explain why we still treat Justin Timberlake like he's Ted Cruz.

"We don't have the analytics."

"Our systems are built around age/sex demos."

All were valid reasons–they just are not valid anymore.

We have more advanced and sophisticated data sets than ever before. Over the last decade, the entire industry has increasingly used these data sets for planning purposes, whether it's matching frequent shopper card data to set-top box data, or fusing custom surveys to TV panel data, or mapping cookies into ACR TV data.

The bottom line is that we now have more data than we know what to do with! And, we have sophisticated data integration techniques to link altitudinal and behavioral data into TV viewership data. Many media companies and software providers are even going as far as building forecasting models for these advanced data sets, allowing them to predict what audiences will be watching tomorrow.

My sense is that some people go to the store and buy the cheapest toilet paper, every time. Others may just like a certain brand and will buy it no matter what. And, still others just want the highest quality toilet paper around. At the end of the day, every person's motivations are different, even for buying toilet paper, and it's insane to think more precise targeting of different messages – whether it's on price, branding, or switching products – could not deliver better return on investment.

One may ask: What's the payoff on precision? The TV marketplace is undergoing a massive transition in terms of viewership, which is drastically changing supply dynamics for viewing modalities, particularly in linear TV. Given this dynamic, it behooves marketers to be much more precise with how they use their dollars, and audience targeting is one of the simplest ways to do that. While some media planners are targeting spend at the TV program level, even that may not be enough.

For example, when evaluating The Big Bang Theory airings on TBS over a quarter, there is a wide variation in cereal buyers -- the average delivery in Q1 '17 was 289,000 impressions, with a low of 116,000 impressions and a high of 423,000 impressions. By just by using advanced data and shifting to a precision-driven audience buy, a marketer could potentially increase their delivery by almost 365 percent.

That may be an extreme example, but we see this at Turner with every single network, daypart, and program. And, the advertisers that have jumped on board into this new model have seen fantastic results, increasing the reach to their intended audiences as well as their return on investment.

If higher ROI and more efficiency due to precision isn't a big enough reason to stop the insanity, think about this: Addressable is right around the corner. Turner, like many networks, is aggressively pursuing addressable options for its national networks. We see it as the ultimate level of precision–put the ad in front of who you want, when you want, in the context you want and exactly as many times as you want. Addressable is coming, and marketers need to be ready.

By beginning to shift to audience-centric buying and planning today, we can learn and set ourselves up for success in the soon-to-be addressable world we will all live in. I'd argue we have a business and industry-wide imperative to do so.

Today, while we are deploying more precise optimization in television, it's still not one-to-one, meaning advertisers are still reaching lots of people outside of their target audience. When true addressability arrives, advertisers who have learned and scaled up their audience-targeting practices will already be set up for success.

So, it's time to stop the insanity. Audience targeting enables more precision and drives ROI – it's that simple. The time is now. 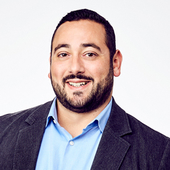 Dan Aversano is senior vice president of Ad Innovation and Programmatic Solutions, Ignite, WarnerMedia Ad Sales. Aversano heads up a team developing next generation ad capabilities, notably around advanced TV solutions, and driving their widespread adoption by advertisers & agencies. Prior to his seven years at WarnerMedia, Aversano held various roles at Nielsen across their Watch and Buy businesses. Aversano has been honored on Broadcasting & Cable’s Next Wave of Leaders, and his team’s work has been recognized by TV of Tomorrow for “Achievement for Advanced Advertising” and by the ANA for outstanding achievement in the category of Analytics Science.