How #womeninsports are changing the game for marketers

Until the U.S. women's soccer team's recent domination on the way to winning the World Cup, naysayers seemed to control the conversation: Women’s soccer can’t fill stadiums. The players don’t deserve the same pay as men. Or maybe the worst one—are women playing at all?

Nancy Baker (‎@NanceBaker) has heard it all. Her response on Twitter is clear.

Baker is a player and a girls' soccer development coach in the UK. She’s also a trailblazer who pushes all day, every day to promote women’s soccer and ‎#womeninsports. She’s changing the game, one development clinic, one goal—and one Tweet at a time. 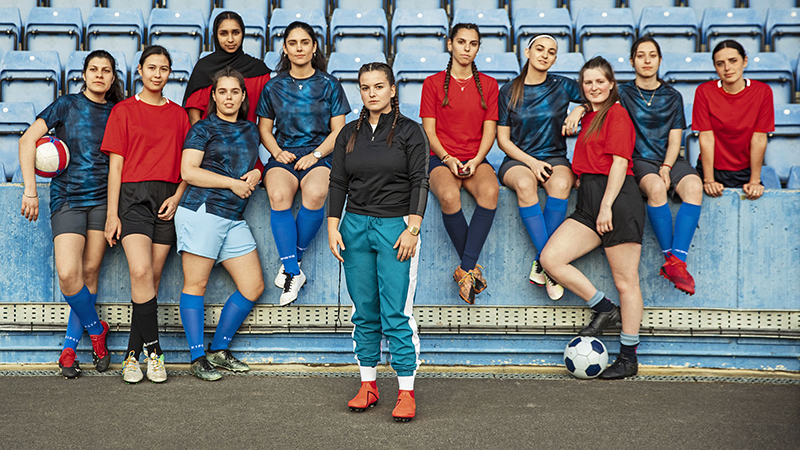 Baker and others like her are ‎#WomenSupportingWomen, and they’re coming together on Twitter to advance the culture of sports. Recent Twitter research found that in the U.S., one in three soccer fans on Twitter who don’t currently follow women’s soccer said they’re likely to in the future. It’s a fired-up audience that’s ready for women’s sports to take a turn in the spotlight.

This level of engagement translates into influence—with conversations blowing up on Twitter in the form of memes, movements and hashtags around anything new and newsworthy. This influence defines what people are talking about. In fact, two-thirds of people on Twitter influence purchases of friends and family. And people on Twitter are 15 percent more likely to regularly inform friends and family about new products and services than non-Twitter users.

How trailblazers are changing the game

People in the ‎#womeninsports conversation on Twitter are top athletes, college players and even mothers ferrying their daughters to and from softball practice. They’re uniting to live-Tweet major matches, cheer on goals and aces and celebrate every match.

They’re pushing to empower and elevate one another in a traditionally male-dominated industry. Sisters Nneka (‎@Nnemkadi30) and Chiney Ogwumike (‎@Chiney321) know this firsthand. 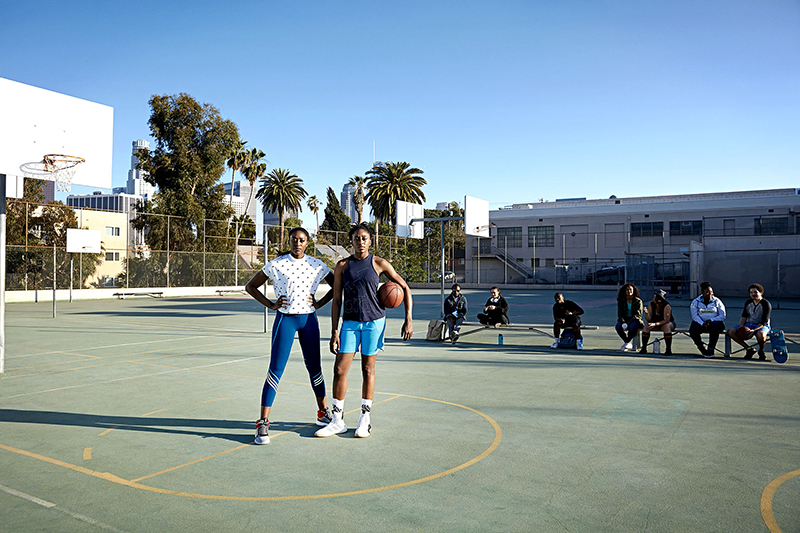 As two basketball stars who also serve as president and vice president, respectively, of the Women’s National Basketball Players Association (WNBPA), Nneka and Chiney aren’t just playing to win—they’re playing for change. And in November 2018, they ignited a new conversation on Twitter and brought about a new chapter in WNBA history.

“This is not just about business. This is deeply personal. This is about the kind of world we want to live in.”

So began Nneka’s 1,800-plus-word article in The Players Tribune last November, announcing the WNBA’s decision to opt out of the league’s current collective bargaining agreement. It’s not just about the money, she explained, but about a future with more transparency and leverage for players who are giving their all to a sport they love. Nneka’s challenge to the sport? To bet on women.

🙌🏾 S/O to our fellow NBA hoopers for the support. And, to be honest, I’ve always loved a good joke lol. But if you can’t take the heat, get out the kitchen! How about we finally see our NBA bros put their words INTO action...?#BetOnWomen https://t.co/fBr4b4HCB7

As ‎#BetOnWomen has become a rallying cry, the ‎#womeninsports audience has grown. Case in point: Two out of three Twitter users believe in equal pay and coverage for women’s soccer. It’s not only a place for everyone involved to share big moments and hand out virtual fist bumps, it’s also a place to call out unfair gender practices and make a case in support of shared causes.

And brands are getting involved. Athletes have always relied on their sponsors—now those relationships are onstage for everyone to see. As almost half of consumers think brands should be involved in social issues and movements, brands that do stand up for ‎#womeninsports receive the same sort of encouragement and support. When female athletes win, it’s a win for involved brands and the whole ‎#womeninsports audience. 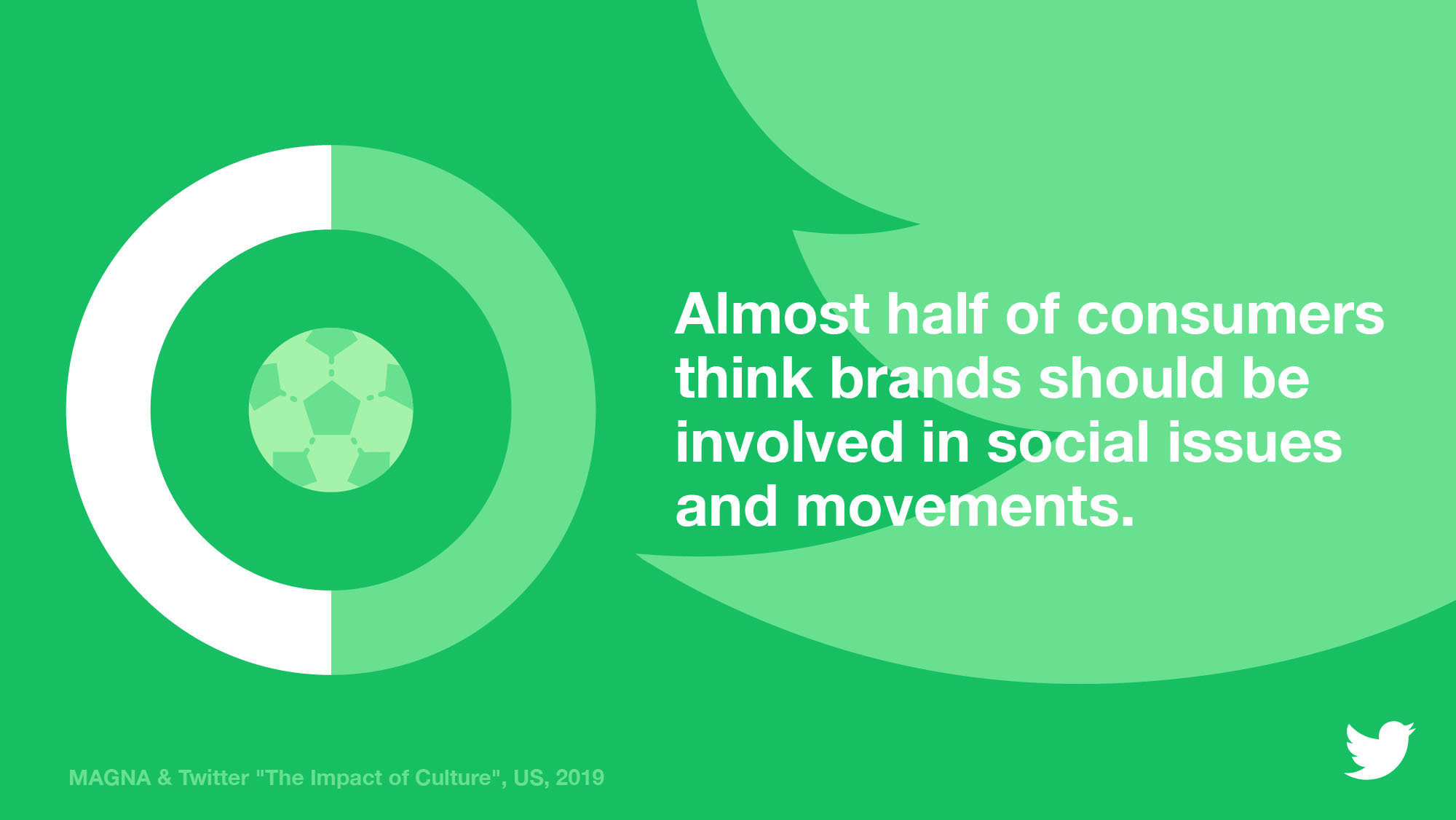 As demonstrated by the social media frenzy surrounding not just the U.S. women's soccer teams victory in France but also the wild celebration that followed, audiences on Twitter were all in, because they come to Twitter in a different mindset—seeking out the cultural moments and sharing them with others. That means they’re not only more willing to hear from brands, they’re more likely to remember what they hear. People spend 26 percent more time viewing ads on Twitter compared to ads on other leading social media platforms, and those ads are 31 percent more emotionally stimulating as well.

With the door for discussion left wide open, fans and players trade stories about what it’s like trying to carve out space for themselves in traditionally male-dominated fields (literally). From reasonable maternity leave policies to a fair shot at equal pay, like what Nneka and Chiney are after, the audience is ready to listen and eager to learn. With their voices echoing across Twitter and beyond, it’s a step in the right direction and a clear sign of progress for women in sports. And their work has only just begun.