Video: Go Behind the Scenes of Tide's Big Game Gambit
READ THIS NEXT
Amp spotlight: Who really won the Super Bowl? 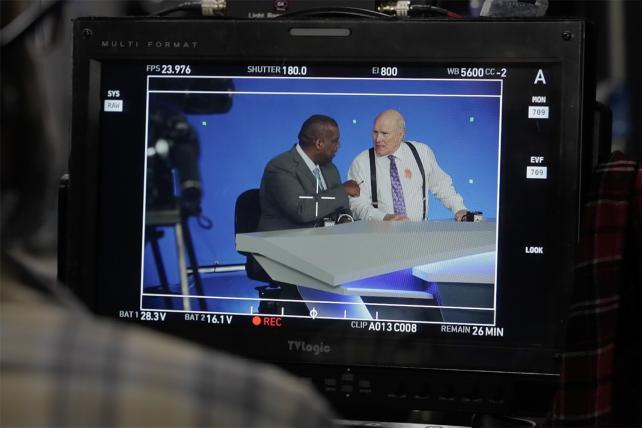 Marketing executives for the Procter & Gamble brand made it clear they would rather not run a big game ad if the creative wasn't worthy of Tide's Super Bowl heritage.

This year, live commercials are dominating the pre-game buzz but Tide, in partnership with Saatchi and Saatchi, Traktor and The Mill went a completely different and costly route.

Instead of simply advertising in the game, Tide became part of the broadcast, with a little help from Fox Sports announcers Curt Menefee and Terry Bradshaw -- and a bottle of barbeque sauce.

In part one of Anatomy of an Ad: The Stain below, we look at the idea behind Tide's big gambit in the big game. The goal: to trick an audience of over 100 million into believing Mr. Bradshaw's stain is happening in real time, that his anxiety is genuine and that Tide is there to clean up the mess.

The idea is one thing. The execution is quite another. Just three weeks before the game, P&G and its army of producers, gaffers and grips descended on El Camino Community College in Torrance, Calif. to turn it into a replica of NRG Stadium in Houston, Texas, complete with Fox Sport's Super Bowl broadcast booth and the tunnel leading to the field.

They didn't count on the rain.

In Episode 2 of Anatomy of an Ad: The Stain, we look at how the Tide team overcame the deluge during filming and put the finishing touches on an unprecedented three-part campaign the brand hopes will make Super Bowl history.

Tomorrow, we will post the third installment of Anatomy of An Ad: The Stain. Our videographers Nate Skid and David Hall follow the Tide team during the Super Bowl as it monitors the ad's social impact in real time.

Nathan Skid
View all articles by this author