In 2010, Pepsi made headlines with the launch of the Pepsi Refresh Project. The first-of -its-kind experiment in social media invested the brand in community-building projects. It was a pivotal test case for other brands trying to navigate an ad-cluttered, cynic-rich marketing landscape.

Originally slated to be a year-long marketing effort, the program garnered early attention when Pepsi sat out the Super Bowl for the first time in 23 years. Ultimately the program lasted two years, though it saw tweaks to the grants and voting process in the second year.

The program also suffered its fair share of criticism, with allegations of cheating and concerns that it didn't connect closely enough with sales. Still, industry watchers almost universally agree that it was a bold experiment and a harbinger of things to come. Pepsi, for its part, says the program was intended to be a long-term equity play. 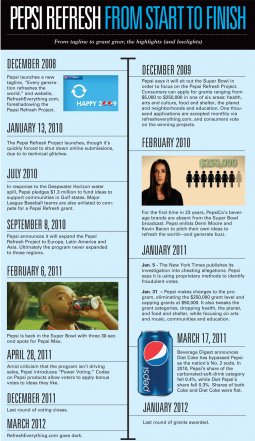 "We measured our results by the level of engagement between the brand and our consumers, social ROI [impact made] and brand-equity results. And, by these measures, we are more than satisfied," a Pepsi spokeswoman said. "Our equity research on Pepsi Refresh Project showed that consumers felt Pepsi was a brand that cares about the community and that the program was a strong fit with their perception of Pepsi as a forward-thinking, innovative brand. We saw that consumers that knew about the Pepsi Refresh Project when choosing a cola chose Pepsi. And research shows that the social network that we developed includes the largest engaged fan base of any beverage company active today."

Back in 2010, Ad Age declared the program would be a case for marketing textbooks -- regardless of whether it succeeded or failed.

Here, marketing and business professors from across the country weigh in on the lasting impact of the Pepsi Refresh Project. 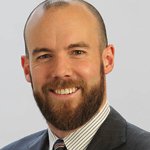 Michael Norton
To the question of will it be a classic case study, the answer is yes. It shows both how these programs can be enormously successful -- and not successful. When they launched it and pulled out of the Super Bowl, every possible social-media metric went through the roof. It shows the power of making a big commitment to these causes. People really responded and said Pepsi is a good company. At the same time, obviously, sales didn't pick up. In this case, the customer and cause don't overlap for Pepsi Refresh Project. The loyal Pepsi drinker, not that they're not nice people, but they're not people that get as excited about these causes. The people that got excited and voted and posted were often not Pepsi drinkers. [If a program] is not related to what you've always stood for, it's really hard to get the doing good to help you do well at the same time. The tighter the link, the better you'll do. 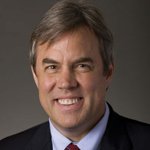 Kevin Lane Keller
It was definitely something that was mentioned in my textbook, Kotler & Kettler Marketing Management. I don't know if it will necessarily have lasting impact, though. It was bold, and there was a strong cause and strong viral component. With that point made. It wasn't designed well enough, implemented well enough, and they didn't hit their stride quickly enough.

I see it as a grand experiment, but one which probably needed to have more focus and brand relevance. If the program had been sustained longer and had a clearer success trajectory there would be more to talk about. The cautionary tale is that as much as possible these types of non-traditional, bold programs have to be really thought out carefully in terms of their ability to build the brand and generate sales. There can't be a long learning curve. Pepsi tried to maybe do too much and hadn't worked that program out as tightly as they should have.

We will not spend more than a footnote on this in a class, because we don't know whether it was effective or not.

There are three measures to look at. One: To what extent have they solved society's problems? How impactful have these grants been and what have people done with them? Two: Has it impacted the brand? Take the cities [that received grants] and see what happened with the share of Pepsi and Coke compared to control cities. Third: What was the impact on employees, other partners and distributors? To what extent were people engaged, excited, and to what extent did it lead to greater retention? 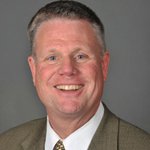 Michael Walsh
The Pepsi Refresh Project will be a case for marketing textbooks for at least the next few years -- or until another big marketer does something even more audacious.

From my perspective, the Pepsi Refresh Project was quite innovative -- one of the first major marketers to marry social responsibility, brand marketing and social media. I have read that the project had over 60 million folks involved. That is a pretty impressive accomplishment. I have used this story in my classroom both as an example of socially conscious crowdsourcing efforts, as well as controversies. At one point, Pepsi was accused of favoring one particular charity, as well as politically connected charities. 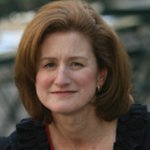 Carol Phillips
I do think Pepsi Refresh is a case for the textbooks, but not in the way we expected two years ago. As a first mover, Pepsi took a real risk and while it didn't necessarily pay off the way they thought it would, it has helped further the conversation about the role of purpose in brand marketing. I credit them with reading the trends accurately and addressing them with an aggressive program. In retrospect, something more incremental might have been a better strategy, but who knew?

For those of us that were watching, we thought it would be a major shift in the way companies connected with their consumers. If it had proven to build Pepsi's business, it would have been a model for other companies, and we would have seen a lot more Refresh programs. But I haven't seen a lot of copycat programs, because it's hard to prove that it had an impact on customers and how they felt about the product. It's hard to be first. 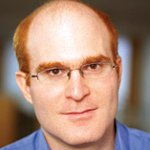 Olivier Toubia
It's an interesting program. More and more of the MBA students are interested in social marketing. It's something that will be more and more relevant and more mainstream. In terms of scale and magnitude, this was probably one of the first very big campaigns like that .

Some people are skeptical of the success and impact it had. It shows the importance of knowing what the objectives are before staring a program like this. If the goal was to sell more soda, maybe it wasn't a success. If the objective was to do good, then it did have some impact because they were able to fund a lot of programs. It's all a matter of what you're trying to do, knowing your objectives.