In Battle Between Social and Mainstream, Hybrid Media Will Be the Winner | Ad Age
Skip to main content

In Battle Between Social and Mainstream, Hybrid Media Will Be the Winner

READ THIS NEXT
How restaurant chains are duking it out to be the best in their categories
Steve Rubel
Social-media marketing is getting boring -- at least by itself. It still largely sits in a silo and therefore fails to realize its full potential.

Need proof? Put down your Kindle and head to your local bookstore. There you will find volumes on the topic, many of which read like get-rich-quick schemes. That's a sure sign of trouble.

What many fail to see is that the dirty little secret of social media, according to a study by researchers at HP, is that most conversations are driven by media outlets, not individuals. However, not all media are created equal.

There's an emerging class of media brands that are smart, scrappy and unmatched in their digital DNA. Call them hybrids. They're digitally native and entrepreneurial. They use social and search to their fullest, yet many of them have a traditional ad-sales network that resembles their legacy-laced brethren. Hence the descriptor. 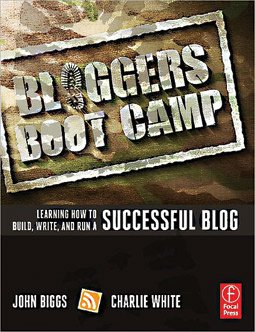 Bloggers Boot Camp
In a world with too much content and not enough time, hybrids are the future of media. They're a planet of quick, agile ants that 's challenging the apes for dominance. It's where marketers will increasingly focus their time, energy and money with a mix of paid and earned strategies. That doesn't mean the media stalwarts or social networks will fade, mind you, but this is the breakout group to watch.

Hybrid media are transformative not only because they take chances, but also because they have incredibly loyal followings. They're both trusted and disruptive. And that 's a recipe for success. The category is comprised of three distinct groups: aggregators and curators, personality-driven blogs and incubated disruptors.

Aggregators and curators are platforms that help us filter and remix the news from a wide array of sources. Some are automated. Others we program ourselves or allow the crowd to do the heavy lifting for us. They include mobile-centric platforms such as Flipboard and Pulse, controversial revolutionaries such as Demand Media and curated roll-ups such as Summify, Storify and TechMeme.

Personality-driven blogs -- VentureBeat, Politico, GigaOm and Sports Blog Nation -- tend to be vertical in nature. What separates them from others, however, is that their editorial roster is packed with personalities who have hugely loyal followings because of their expertise and voice in a given area. Personalities come and go like free agents in baseball, but readers still tend to be very loyal to the team.

The last group, incubated disruptors, are true rule-breakers that reside inside traditional media companies. Examples include newly acquired assets such as @BreakingNews (MSNBC) and Zite (CNN), or homegrown brands such as AOL's Patch -- a ray of sunshine that outran older, local media outlets in covering Hurricane Irene.

While no two hybrids are alike, they share some commonalities in their DNA. These strategies are spelled out in detail in Bloggers Boot Camp, a new book by veterans John Biggs (TechCrunch) and Charlie White (Mashable).

First, they are virtually bottomless fountains of content, even on weekends. They follow Biggs' and White's two cardinal rules: always be posting and be consistent. That said, they have also mastered the art of brevity. They are dominated in creating or curating sometimes formulaic, yet irresistible and digestible "listcles" and infographics.

Finally, they have impeccable timing. Their content hits at precisely the right time and with the right words and visuals to impregnate search engines and social networks just as they are, well, ovulating with readers.

Hybrid media brands aren't standing still. FlipBoard, for example, is forming content partnerships with brands. Meanwhile, vertical blogs such as Business Insider are branching out into natural adjacencies like sports, where there are overlapping demographics and interests.

Still, this is the time for marketers to overweigh on hybrid media. The payoff is not only visibility within these individual properties but in the reverberating ripples they cast across search engines and social networks.

Rather than trying to cross the ocean in your own sailboat, to scale in social, it might be better instead to be a stowaway on someone else's ship. And that 's why this writer is long on hybrids.

ABOUT THE AUTHOR
Steve Rubel is exec VP-global strategy and insights for Edelman.