An Open Letter to Marketers Considering an Ad Agency Review

READ THIS NEXT
How restaurant chains are duking it out to be the best in their categories
Credit: General Mills via YouTube

Part one of a two-part column. Read part two here.

Before becoming a client, I spent more than a dozen years at ad agencies around the globe, working as a brand strategist, trying my best to help our clients crack opportunity wide-open. But honestly, most of my time was spent diving in deep on dozens of pitches. That's one of the many secrets of ad agencies: their shoulders are generally pushing against the Sisyphean boulder of new business, doing everything to win bigger and braver clients. It's thrilling, exhausting work.

And so I knew very well the massive commitment of time and treasure I was demanding of ad agencies when, as chief creative officer at General Mills, I called a review of our creative partnerships last year.

Although McCann and Saatchi & Saatchi had served our brands so well for so long (more than half a century in the case of the former), a shake-up seemed in order. The brutal stress on our business demanded we hunt for every opportunity that might help us grow, and I genuinely believed the very act of a review would help revitalize our culture. A "pitch" is called for so many reasons, but it's always called on somebody's watch, giving the mistaken impression that those people are in some way blameworthy. It's never that simple.

But I also began this pitch with hand-rubbing excitement, imagining it would be a highlight of my career, a rare opportunity to witness the alchemy that good and great agencies can bring to brands. What are the secret tactics that win pitches? What are the clumsy mistakes that lead to defeat? This would be my chance to learn it all.

I saw that despite the bells tolling the death knell of the industry, an ad agency is still the surest bet to find a crew of people packing ideas that can transform a business. That strong cocktail of insight, strategy, and creativity (with the occasional jigger of wide-eyed possibility) is still the generous offering of our ad agencies, and harder to find tucked in corners at consultancies or perched on new media platforms.

Any of the agencies in our review absolutely could have cracked ideas that would change our fortunes. I'm sure of that. I witnessed an industry still vital enough to seduce hordes of big-thinking, big-making people into lending their unique talent to the cause of selling something. There's nothing broken about that.

But alas, a review is a strange, subjective contest.

I had never previously appreciated just how powerfully the contest-quality of a pitch makes agencies appear more different than they do similar. A pitch has a slight distorting-effect, exaggerating the nuances between agencies. And so while all of the agencies we met genuinely wanted to help our brands make deeper and more valuable connections with our consumers, they each seemed to possess such particular motivations that were so readily apparent from the get-go: victory at any cost, generosity, idealism, money, reputation, redemption, love.

(Note to agencies: If I were running another pitch at an agency, I'd start by being crystal-clear about who we wanted to be for the prospective client: a partner, a savior, a therapist, a tryst, etc. -- and then, of course, make sure that we'd show up as those people, consistently, every step of the way, just as we'd recommend any brand ought to do. And I imagine, as with any brand, it all works best when it's genuine, when the agency shows up as it really is.)

Maybe these nuances between agencies are exactly what matters, what separates equally-matched contenders from one another. Or maybe it's noise, the kind of thing reality-TV producers trump-up for drama. I don't know. I'm certain, however, it's worth the extra conscious effort to look beyond the flairs in the room -- what might appear as "arrogance" or "whimsy" or "ambition" -- and give agencies the benefit of the doubt that they mean well. They do mean well.

But geez, it's certainly not easy giving anybody the "benefit of the doubt" in the heat of a contest. The instinct of a pitch, after all, is to judge it as a sport, scoring wins and losses, hits and misses, sometimes literally on consultant-provided scorecards. But an agency pitch is nothing like a sport, unless it were a sport in which victory is determined by the feelings of the fans. No, a pitch is a far stranger exercise in exploring that ineffable quality called chemistry. A pitch is about feeling out feelings not calling winners and losers, and so, Client, I believe there's really just one critical virtue to hug tightly throughout the pitch: humility.

As clients, a pitch affords us the honor of seeing the very best thoughts from some of the finest people, people who have poured their considerable talent into ideas that are gifts for our business. To reduce that offering to "hits" and "misses" is demeaning. It's also arrogant; if we were so smart, why are we pitching our business at all?

For me, this humility was hard to maintain through a process that placed me as judge and jury of my former peers. And so I tried to correct for any ego-excess by surrounding myself with a review team stacked with wide-eyed colleagues, marketers seeking magic, not scowlers keeping score. I remember the moment one of my colleagues noticed an agency's chief creative officer quietly, gently coaching his team member with a nudge and a scribbled note. It was a moment of tender leadership that might've been easily missed, and yet, in hindsight, it was perhaps one of the most telling, critical episodes in the entire review. Surround yourself with colleagues who see the good, Client, and you'll be more likely to find it as well.

What feels good, does good

Now I realize this is all unduly opinionated for a client that has managed exactly one review, the results of which remain to be proven in the marketplace. What do I know? And yet, having pitched so many clients, I wish I had know then what I experienced throughout this review:

And I hope I learned much more, most of which I'll save if ever the day comes when I re-cross the Rubicon and am pitching clients again.

Part two of this column offers some thoughts on crafting a process that brings out everybody's best. 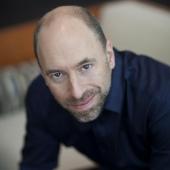