To regain trust, faking won't do

The damage inflicted by the corporate scandals of 2002 has cut deeply-not only into stock valuations but also into the mood and confidence of the American consumer. The public weathered the economic downturn of 2001 without a major slowdown in consumer spending, and showed incredible resilience following the terrorist attacks of Sept. 11. But confidence took a nose dive last summer as a result of ongoing reports of corporate meltdowns, malfeasance and CEO compensation packages far beyond the public's awareness.

Our research indicates that the problem affects all businesses, not just those implicated. The image of "most large business corporations" dropped dramatically from 64% in March to 50% in July-among the lowest readings we've ever taken on this measure in 30 years of tracking. And the public isn't buying the idea that the scandals were caused by a "few bad apples." Almost half the American people think most large corporations seriously exaggerate or overstate their profits. However, few think most or all companies that do so will get caught or admit wrongdoing.

A key group at the center of public debate on this issue are what we call the "Influential Americans." The most politically and socially active 10% of the public, they are the most likely to speak out on issues like this-in letters to the editor, at public forums and through leadership positions in local communities. They are also the initiators of word-of-mouth, able to create buzz about things they like-and things they don't. And they don't like the lapse in morals and values at the highest levels of corporate America.

As a result, 62% of these "influentials" now feel the country is on the wrong track-seven points higher than the total public. That's notable, since influentials are often more optimistic than the average person about the country's direction. And they are traditionally supportive of business. But not now.

Corporate America's most precious asset, trust, has been severely undermined. A majority of Americans-and almost six in 10 influentials-are convinced that "the effects of the current business scandals will be long-term and will result in a loss of trust in big business that will take a long time to restore." While regulation is thought to be part of the solution, many Americans believe companies have to get out in front of the story and prove they can reform themselves.

This won't be easy. And it can't be left to corporate affairs to "manage the news" and keep their companies out of the limelight-although that's likely to be the reaction of many. Rather, there is a tremendous opportunity for companies to help restore the public's trust through their branding efforts.

After all, trust is a basic expectation of brands. When we ask consumers to tell us about those they believe are the "best brands," the No. 1 attribute mentioned is "it's a brand I trust." Trust is the foundation for building relationships and for sustaining loyalty. Trust is critical when you introduce new ideas, products and benefits. Trust, according to our research, has become the ante for globally successful brands. But our research also finds that very few companies have built trust into their brand architecture.

Instead, most brands have built themselves around one of two foundations: either marketplace success or projecting an image of themselves as letting consumers enjoy "the good life." Hence, the top values consumers tend to associate with brands include wealth, power and status (the "success" values) or enjoying life, having fun, beauty and excitement (the "good life" values).

Most brands have failed to attach themselves to values that might relate to trust. Honesty is not highly associated with most brands, authenticity is far down the list as well, and social responsibility is even further down still. In other words, most people think of brands in terms of performance and benefits rather than character or integrity.

This may have been a good strategy when people trusted companies implicitly. But in the current environment it's time for brands to rethink that basic brand foundation and consider adding a pillar around trust. Since honesty ranks very highly among consumers' own personal values, messages about corporate honesty and integrity will resonate well.

The challenge for marketers is to help their companies weather the current storm. But the opportunity is perhaps even larger. Marketers who make a conscious effort to build integrity into their brand architecture will begin to have a truly differentiated-and successful-positioning that will serve them well for many years to come.

Ed Keller is CEO, RoperASW, New York, a unit of United Business Media's NOP World market research group, and co-author with Jon Berry of the "The Influentials," about word-of-mouth leaders, published in January by The Free Press. 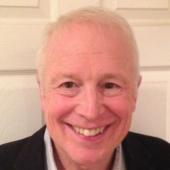