What's this?
This content is created by an Ad Age Publishing Partner. Find out more about this program.
WHOSAY 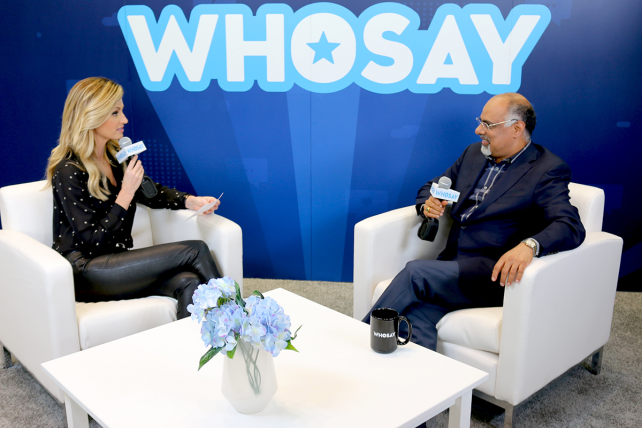 What do chief marketing officers at leading brands share? Optimism and ideas. That's what Erin Andrews, sportscaster and "Dancing with the Stars" host, discovered when she met one-on-one with visionary marketing leaders at WHOSAY's ANA Masters of Marketing pop-up studio.

For Marc Pritchard, chief brand officer at Procter & Gamble, empowering women in advertising is not just a matter of good corporate citizenship, "It's actually good for growth." Pritchard explained how P&G's Always "Like a Girl" campaign changed the sentiment towards the expression. "Seventy five percent of people now view "like a girl" as a positive expression, versus 19% before."

Raja Rajamannar, chief marketing officer at Mastercard, echoed Pritchard's point. "If you look at the purchases decisions that happen around the world, more than 74% of all purchase decisions are taken by women," he told Andrews.

But how do we "advance women" in advertising? Representation, at all corporate levels, especially in the C-suite, is obviously paramount. However, when it comes to redefining the role of women, the answer may lie in shifting our vantage point. "It's about trying to understand what are the skill sets we need to solve the problems in the future," said Diana O'Brien, chief marketing officer at Deloitte.

There must be a better way to reach and connect with consumers, specifically on mobile. For Lemkau, the evolution of the ad unit is the right place to start. "Today, you have infinite choice across multiple screens but most advertising is still interrupting someone's experience," she told Andrews.

It is no secret that influencer marketing has contributed to the evolution of the ad unit and significantly improved mobile advertising. Eric Reynolds, chief marketing officer at The Clorox Company, explained his company's efforts regarding this effective way of engaging consumers. "We've seen the evolution of influencer in our own shop and we see it as a major lever now to tell our brand's stories," he said.

And what better time to harness the power of influencers than during the upcoming holiday season? Jim Cochrane, chief customer and marketing sales officer at the United States Postal Service, highlighted the importance of what he calls "makers" and "creators" as gift-giving season approaches. "What's neat about the influencers is that people trust them," he said.

All of this is easier said than done, though. Whether by working with influencers, deploying shopper marketing campaigns or delving into one-to-one mass marketing, the challenge to reach consumers anytime and anywhere—without disrupting their experiences—can appear almost insurmountable.

Aside from brand-safety, another big challenge for marketers is the ever-shrinking attention span. As ads go from 30 seconds to 6, the focus shifts to the consumer journey and/or experience. "We're thinking holistically about that user journey or that consumer experience," said Paul Gunning, CEO DDB Chicago at DDB Worldwide Communications Group.

Is the problem that advertising—or, as Rajamannar calls it, "storytelling"—is dead? "You see that people are increasingly annoyed and irritated by the advertisements," he told Andrews. He also referred to wildly popular streaming services, such as Netflix, to emphasize that advertising as we know it has to change. "Netflix has close to 100 million subscribers and they watch a billion hours of video content every single week, ad free."

A potential solution? Experiential marketing. "For me, the way to reach consumers and engage them is through experiences," Rajamannar said. "What we're actually finding that's hugely beneficial for us is to engage consumers, make them our brand ambassadors and what we call a storymaker. So I keep saying: storytelling is dead, it's all about storymaking."

So where do we go from here. For P&G's Pritchard the answer is in mass-personalization. "Now, with digital technology, you have consumer ID data," he told Andrews. "Your phone has an ID. We know it's Erin. So, what we can now do is those IDs are being collected in the databases and then we can work with the people who have those databases, as well as our own database, to be able to reach you when and where it matters [...] Mass one-to-one marketing: that's the next wave."

"[Advertising has] been one of the most creative problem-solving forces in economic history," Reynolds thinks. "Sure, we're going through some growing pains but advertising has always changed and adapted to the needs and temperaments of people."

For Rajamannar, part of that promise lies in the arrival of things like augmented and virtual reality." He referred to "the democratization of artificial intelligence" as a "fantastic opportunity." Another big opportunity? What he calls "smart speakers." "If you see at the statistics, 7% of the households in the U.S. already have either a Google Home or an Alexa."

So is this–and not Don Draper's swell time of captive audiences–the golden era of advertising? If your name is Paul Gunning, the answer is yes. "I often say that I do think this is the most exciting time to be in this business," he said. "The level of innovation is truly exciting. The ability to see our work and its impact—almost immediately—in terms of consumer behavior and in terms of our clients' business results, and having the levers and the experiences to see what's working."

Innovation is the name of the game, indeed. "What I see happening in the future is challenging all the platforms—whether it's TV, digital, social or whatever—to innovate in ads," P&G's Pritchard said. "Advertising will become far more engaging. But I think, even better, it will move to this mass one-to-one marketing, which will enable more useful and engaging one-to-one experiences to help solve problems."

Founded in 2010, WHOSAY is the largest and most trusted influence marketer in the world powering marketing campaigns for brands across all verticals, utilizing every level of celebrity and influencer, and delivering measurably superior results to other mobile and social advertising. WHOSAY is built from the best of entertainment, technology and advertising with investment from Amazon, Comcast Ventures, CAA, Greylock and Tencent. 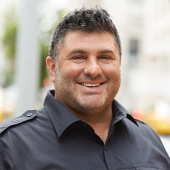 Paul Kontonis
Paul Kontonis is the Chief Marketing Officer at WHOSAY, and is responsible for overseeing the companyâ€™s marketing, communications and editorial strategy and initiatives. Kontonis is a 20-year digital media veteran with an industry leading expertise in the business, marketing, programming, cross-platform video distribution and monetization of digital content.
View all articles by this author