McCann aims for small, and hits

McCann (or Mac?n, as it is nicknamed here), could be seen as one of those "no-small-budget-clients agency." It is what advertisers around here call "Un portaviones," which means literally "An aircraft carrier." Big, bold, huge, powerful, but expensive.

And yet, due to a strategy its board has been implementing for the past two years, McCann is producing state of the art creative material for some small budget clients, which usually would not be able to reach a so big an agency service.

Back in 2007, the agency produced a very big idea which used a very small budget for its client Reebok. In their yearly marathon, the brand not only gave a prize for the winners, but also for the last person to cross the line. "It is a prize to effort, and a recognition of resilience and will," they said. Applause.

Now, they've done something of the likes for their client Latinstock, a well-renowned picture bank.

In the campaign, Latinstock watermark is the stamp pervading Buenos Aires city scenes, making them become the protagonists of a non-traditional action aimed at communicating the "imagine more" brand claim.

If you can see it, if it is in this world, you will find it in Latinstock. This is the message proclaimed by the new outdoor advertising action, which started on the evening of the 2007 edition of the Diente awards granted by the C?rculo de Creativos, after launching the concept "if you can't see, you can't imagine" and its latest campaign brand claim, "imagine more". 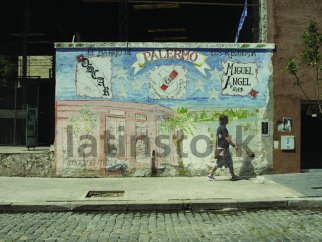 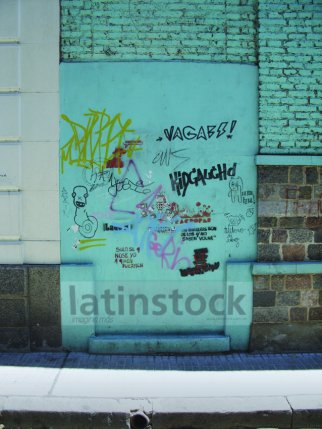 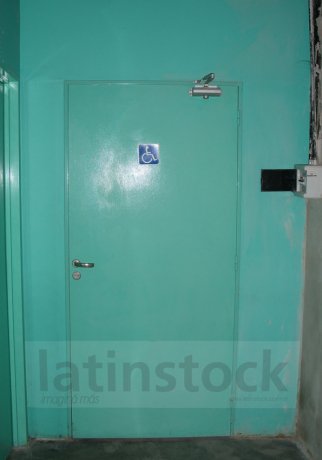 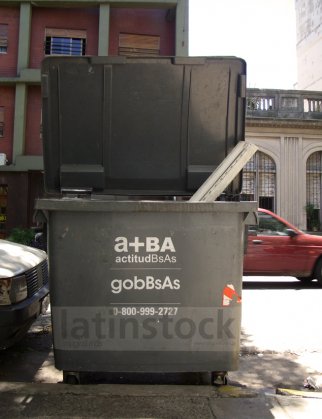 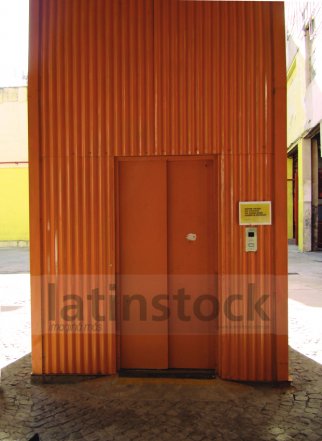 Walls, containers, doors and booths, among other urban spaces, were blended with the classic watermark into huge stickers?the Latinstock logo?to illustrate, in a graphic postcard, the visual power of the archive of the leading Ibero-American organization engaged in supplying film and photograph contents for the advertising, publishing and media industries, which has been on the market for 21 years now.

Devised under Chavo D'Emilio and Pap?n Ricciarelli's general creative direction, the communication shows that "if you can't see, you can't imagine"?a creative turn confirming that the variety of Latinstock images is a fertile ground for further creation.

The campaign took place in city neighborhoods with a large number of production companies, advertising agencies and publishing houses, in order to highlight Latinstock's potential for becoming a communication industry partner as an image supplier, since its archive draws on the creativity of photographers and art directors.

The campaign was developed by art directors Mariano Legname and Juan Lodola, with copywriting by Rodrigo Polignano and Sebasti?n Lombroni. Account monitoring was the responsibility of Tatiana Schlenew. Client supervision lay in the hands of Jan Ryniewicz, and Gabriel Castro was in charge of agency production.

I asked the folks in McCann to explain in exclusive for Creativity readers their campaign, and they produced this video, which I think says it all.

Patricio Cavalli
View all articles by this author