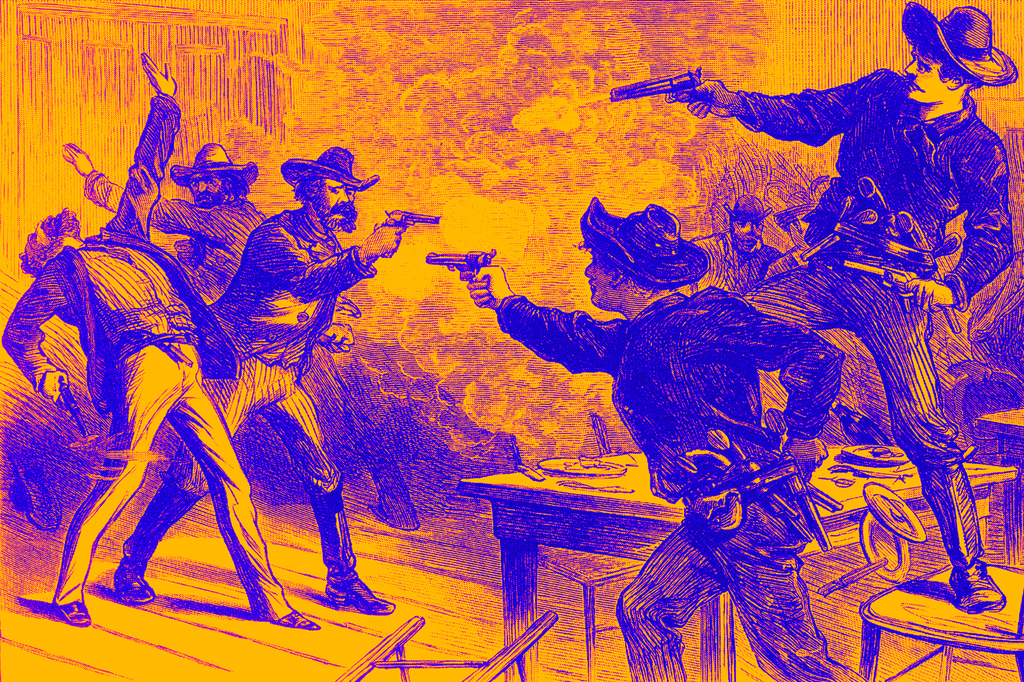 Huge's Matt Weiss has described the current state of pitching as the 'Wild West.'

This year, our social feeds were awash with horror stories of “bad reviews," including agencies not being compensated fairly for pitch processes and clients wanting to own the creative ideas brought to them in reviews. It’s unclear if this trend is reflective of worsening client-agency relationships or a culture that increasingly looks to social media as a public forum for discussions that used to be had behind closed doors.

Either way, the public outcries are turning heads.

In a recent LinkedIn post, Nancy Hill, former 4A’s president-CEO and founder of The Agency Sherpa, referred to an RFP “out right now from a large CPG company offering no compensation for creative pitches and stipulating they own the work.” Her advice: “Agencies: DON’T DO IT!”

Matt Weiss, president of strategic growth at Interpublic Group of Cos.’ Huge, took to LinkedIn to liken the current pitching environment to the “Wild West."

“I’m seeing more blatant misfires than ever before—budgets not declared (we are a business, it costs money and time to do a pitch and at a minimum a budget should be disclosed),” Weiss wrote, “process not adhered to (timing delays, zero clarity), IP abuse (we own the idea regardless of outcome), no feedback unless heavily pursued, rules changing midway, decisions made without human contact (send us the proposal and we’ll come back to you), and on and on.”

“The power is clearly in the hands of brands since there are 120k agencies all vying for a piece of the pie,” he said. “This has to stop and the only chance we have is by locking arms and saying NO.”

An increasing number of agencies are saying they are declining more pitches due to the issues described by Weiss.

Sandy Greenberg, co-founder and CEO of Terri & Sandy, says she’s experienced the same horror stories and has put her foot down. She says the agency won’t pitch business if there is no path to a long-term relationship with a client. It also won’t pitch if the client does not disclose the fee to the agency. Greenberg claims to have turned down some 70 percent of pitches this year, and finds it encouraging that executives are starting to discuss these issues openly.

“It’s the first time that I’ve seen agencies start to publicly call ‘Uncle,’” Greenberg says. “Agencies are afraid. They’re afraid that if they speak out, they’ll be blacklisted. Clients won’t call to pitch.”

Ad Age asked agencies about their most horrifying review or contract experiences from the last decade. Some are more cringeworthy than others:

“Once, we were invited to pitch for some business and made it all the way through to the finals. At the close of the final pitch day, we were informed that an agency that was not in the review would be awarded the business. It was a friend of the CEO. The process was months long and we received no explanation. Horrible behavior.”
—Jeff Hoffman, chief growth officer, EP+Co

“An incoming phone call from one of the world’s largest marketers’ procurement at about 90 days into the 120-day payment terms on a seven-figure payment: 'The (client-side) brand team on this project did not follow the precise payment approval process with procurement. We have fixed the error, but this has re-set the payment period to 120 days from today.'"
—Anonymous agency executive

Thank you for playing

"A formal creative pitch process was underway for a global brand. The brand would not disclose budgets, but the size and nature of the ask made one assume that they had set aside a sizeable figure for the engagement. Two days before the final pitch meeting, the client canceled and made agencies aware that they no longer had a budget for the need. They also shared that they would be very willing to have the scheduled meetings anyway and hear the agencies’ thoughts. We were offended as were others."
—Michele Sileo, managing director and partner, Eleven

“At an agency before EP+Co, halfway through the pitch process,the brand we were competing for asked for a check-in to share ideas. We excitedly showed up to the meeting, impeccably dressed with loads of great thinking, only to realize that all the agency finalists were meant to be in the room all at once sharing their ideas. We were not excited anymore ... we politely declined. We didn’t win the pitch.”
—Con Williamson, president and CCO, EP+Co

"[One client stipulated that] 'the agency may do no PR about any work that you put into the world for us, or even acknowledge that we have a relationship ... ever.'"
—Anonymous agency executive

Tech it to the limit

"Our most horrifying story in 2019 was when a client failed to tell us their system was decades old until the night before. So in fear of all our videos and work looking horrible (or not working entirely) we bought a 52-inch flat screen and Sonos soundbar, traveled the highways with it, dragged it through security and set it up … all within moments of the presentation starting. Needless to say, the clients were surprised with our 'bring your own' system—but impressed!"

The most controversial contract term Conners came across? "The ask was for a full-year, holistic campaign, including production and fee—for under $25,000. The perception of value will hopefully be improved in the next decade!"
—Maggie Connors, EVP and head of business development, Deutsch New York

"More than once, we’ve had to negotiate over the idea that clients don’t own the work product until they pay for it. They think maybe it’s like a dinner they eat and then decide whether to pay for it at the end, when they’re stuffed and can’t even think about food. More rare, we’ve had a couple clients discontinuing projects by saying they don’t like the outcome, refusing to pay, and then using our concepts anyway. In one case, a client did that and then their competitor copied them as well. The difficulty is with enforcement, because even with that simple and obvious stipulation in place, we’ve influenced the look of an entire industry, and gotten paid for about half a project."
—Josh Kelly, managing partner and chief strategist, Fine

Moon on a stick

"A national brand reached out with a PR AOR opportunity. Not a huge brand but one our team knows well and was excited about potentially supporting. After an initial round of agency interviews and capabilities presentations, the client told us they were interested in working with us on a trial basis. For a small payment, we’d work for two months and land the account if things were going well, at which point we’d work out more-standard contract terms.

"The dollar figure they quoted for the trial was comically small, probably less than one quarter of what we’d usually charge for the work involved, but our team had some heart for the brand so we said, 'Sure, why not?' The main deliverable was support for a product test in a single market, with a goal of leveraging the launch to increase sales by 4-plus percent across their 10-plus stores in that test market. Needless to say, that would be a remarkable return on the tiny stipend we were being paid to prove ourselves.

But then they added the following condition: If the single-market test was successful—meaning if we succeeded in growing sales across a double-digit number of stores by more than 4 percent—they then wanted us to handle the national rollout of the product, for no additional compensation, as part of this trial run."
—Anonymous agency executive

"We were wheels up at 4:45 a.m. for a flight from Dallas to Atlanta. It was the final pitch for a national CPG brand. Got to the hotel and set up in the appointed meeting room, but the client never showed up. After a few calls, we discovered that the consultant had sent the invite for a day too early. Our entire team flew back to Dallas and did the 4:45 a.m. trip again the next day. We won the business."
—Dale Hruby, principal, The Richards Group

"A number of years ago we were asked to do a meet 'n' greet with Ariens (snowblowers, lawnmowers, etc.). Great products so we were glad to pay a visit. When I was spellchecking our capabilities deck, the name 'Ariens' came up as an unknown word. Well, 'Ignore All' is the button I meant to click. But instead, I evidently clicked 'Change All.' The document was a leave-behind so it wasn't until after the fact that I realized our deck was 'Prepared by Planet Propaganda for Aliens.' In my thank you email, autocorrect made the same adjustment. Yup. Still looking for a snowblower account."
—John Besmer, partner and CMO, Planet Propaganda