Female marketers made gains, claiming top marketing posts at several big-name companies
READ THIS NEXT
Internet media employment has tripled over the past decade 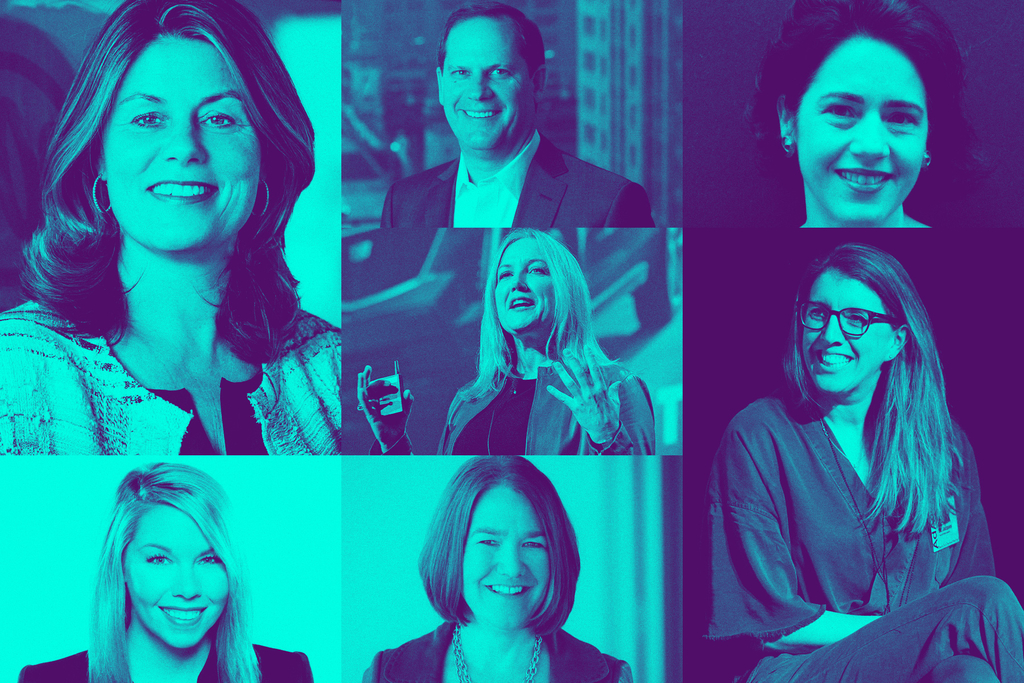 There isn’t a faster-swinging door in the c-suite than the one that chief marketing officers pass through. The average CMO tenure among 100 of the most-advertised U.S. brands was 43 months in 2018, according to executive recruitment firm Spencer Stuart.

The blistering pace of change continued in 2019, as many high-profile CMOs exited and entered major companies. Of course, the CMO title itself is undergoing change, with several companies coming up with new names for the top marketing gig, from “chief growth officer” to “chief experience officer,” in a reflection of the fact that CMOs oversee a lot more than advertising these days.

It was a year of progress for female execs, as many women ascended to the top of their marketing departments. Below, we recap some of the biggest marketing leader changes of 2019, including some moves that did away with the CMO title altogether.

After a search of more than nine months, Unilever landed on an internal candidate to replace Chief Marketing and Communications Officer Keith Weed, who retired in April. Taking over on Jan. 1 will be 29-year company veteran Conny Braams, most recently vice president of Unilever Middle East. She gets the chief digital and marketing officer title.

The beverage giant in December restored its global CMO role after cutting it two years ago. Filling the job is Manolo Arroyo, will pull double duty as president of Coke’s Asia Pacific Group.

Barbara Messing, the retail goliath’s U.S. chief marketing officer, stepped down on Aug. 30. Walmart has yet to announce a replacement.

The struggling automaker made a change at the top of its U.S. marketing department in March, tapping Allyson Witherspoon to replace Jeremy Tucker as its VP for marketing communications and media in North America. Witherspoon had been the automaker's general manager for global brand engagement.

The automaker in September promoted Cadillac marketing chief Deborah Wahl to global chief marketing officer for all of GM, a role it had not filled since Joel Ewanick was fired over a costly Chevrolet sponsorship deal with the Manchester United soccer team. Wahl joined Cadillac in March 2018 after three years as CMO of McDonald's USA.

Even as GM filled its global CMO role, McDonald’s this year eliminated the position after Silvia Lagnado left the job in October. As Lagnado departed, McD’s named Colin Mitchell senior VP for global marketing and Bob Rupczynski senior VP for marketing technology. Lagnado has yet to resurface in another job.

In a surprise move, Dunkin’ in October announced that U.S. Chief Marketing Officer Tony Weisman would leave the coffee-and-doughnut chain as of Dec. 1. Weisman, who joined Dunkin’ in September 2017, has yet to announce his next job and Dunkin’ is still searching for his replacement.

The brewer, which will officially be called Molson Coors Beverage Company as of 2020, in January hired Kraft Heinz executive Michelle St. Jacques as its CMO, marking the first time MillerCoors has filled the role with a woman.

The financial giant is on the hunt for a new CMO after announcing on Dec. 11 that Kristin Lemkau is being promoted to lead its wealth management business. Lemkau became an advocate for brand safety and price transparency in media buying.

The retailer in February plucked Alegra O'Hare from Adidas to serve as its CMO. O'Hare in October articulated her strategy for Gap on Ad Age’s Marketer’s Brief podcast.

The league in July hired Twitch CMO Kate Jhaveri as its next CMO, replacing Pam El, who retired at the end of last year. In October, Twitch filled the CMO job by hiring Doug Scott from Zynga.

The app in April hired its first CMO, luring Kenny Mitchell, a veteran of branding at Gatorade and McDonald’s.