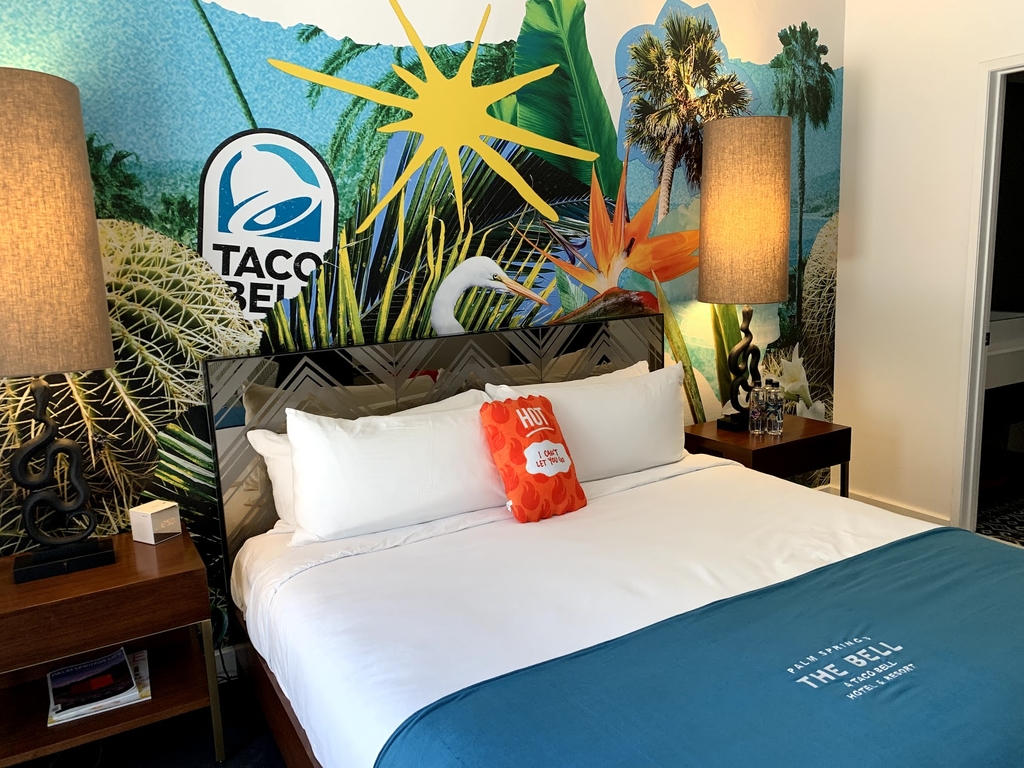 A king room at The Bell.

In 2019, some brands successfully managed to bring consumer experience to the forefront of their campaigns, while others fell flat. Here we lay out our picks for the best and worst experiential activations of the year.

Taco Bell went big on experiential in August 2019 with its “The Bell: A Taco Bell Hotel & Resort,” an actual hotel in Palm Springs where taco-loving guests could spend the night and experience Taco Bell-branded, well, everything, from hot sauce-inspired pools with synchronized swimmers to spas. Taco Bell took branding to the extreme for dedicated fans. Guests could choose to get a manicure inspired by Taco Bell’s menu options, take a hot (sauce) yoga class, taste-test new food creations or even get the Taco Bell logo fade haircut. Not to mention, there were abundant opportunities to purchase plenty of swag (nearly everything in the rooms were for sale), like hot-sauce-packet-inspired towels, branded white robes and throw pillows.

“The Bell seems like one of the most extreme takes yet on a branded event,” writes Ad Age marketing reporter Jessica Wohl, who spent the night at The Bell (for the low, low price of $199). Taco Bell worked with United Entertainment Group and the public relations giant Edelman for nearly two years to pull off the limited-time activation. It garnered so much hype, rooms sold out in two minutes when they went on sale in June. That’s some fire right there.

Amazon sent off a bargain-shopping bonanza when it launched “Maisel Day” on August 15. To give some last-minute love to its Prime Video show “The Marvelous Mrs. Maisel” during Emmy season, Amazon partnered with businesses, including salons, restaurants and gas stations, at 28 locations in Los Angeles to offer deals with prices from the year 1959, when the show takes place. While some people complained online about the long lines at some of the stores, and especially the gas stations, the show came away with eight Emmy wins.

To launch its Kinder Bueno bars in the U.S., Ferrero-owned confectionary brand Kinder worked with Omnicom’s Alcone to launch a pop-up experience in Manhattan in November that catered to adults. The “Sweeteasy,” a sugary spin-off of a traditional 1920s speakeasy, showed off the four layers of the candy bar with four rooms that played to each of the senses. The idea was to distinguish the candy bar from its child-centered Kinder Joy eggs, which had been brought to the States the year before. The entire experience went above-and-beyond other experiential activations, and visitors had plenty of opportunities to indulge in the new candy bars and take selfies to share with their friends. At the bar, 1920’s-styled bartenders crafted chocolatey cocktails. In the parlor, palm readers predicted visitors’ fortunes with chocolate sauce. In the “wafer room,” visitors could lay on wafer pillows as honey-flavored bubbles floated down from the ceiling.

Not all experiential activations are designed to support a campaign. Some function as testing ground for much larger initiatives. For his long-awaited sequel “Super Size Me 2: Holy Chicken!,” documentarian Morgan Spurlock opened a pop-up chicken shack that aimed to reveal the truth about Big Poultry’s hold on food culture, with an emphasis on the marketing spin. Spurlock worked with advertising agency Humanaut to create a colorful and eye-opening restaurant that was utterly honest about the origin of its food and the marketing behind it. “I’m a real believer that if you can make someone laugh, you can make someone listen,” Spurlock told Ad Age.

Viewers of Netflix’s uber-popular show “Stranger Things” will remember the Scoops Ahoy ice-cream parlor in the show’s third season. Netflix teamed up with Baskin-Robbins to bring the ice-cream parlor to life for two weeks prior to the season launch in July. What came out of the partnership was pretty sweet: Baskin-Robbins worked with agency 22squared and production company M ss ng P eces to transform its most popular store, one in Burbank, California, into a 1985 replica. A lot went into the production of the store, including a special ice-cream flavor, a cast of actors and special merchandise, and the teams only had 36 hours to build it. Lines wrapped around the corner, with some people waiting four hours to go in. 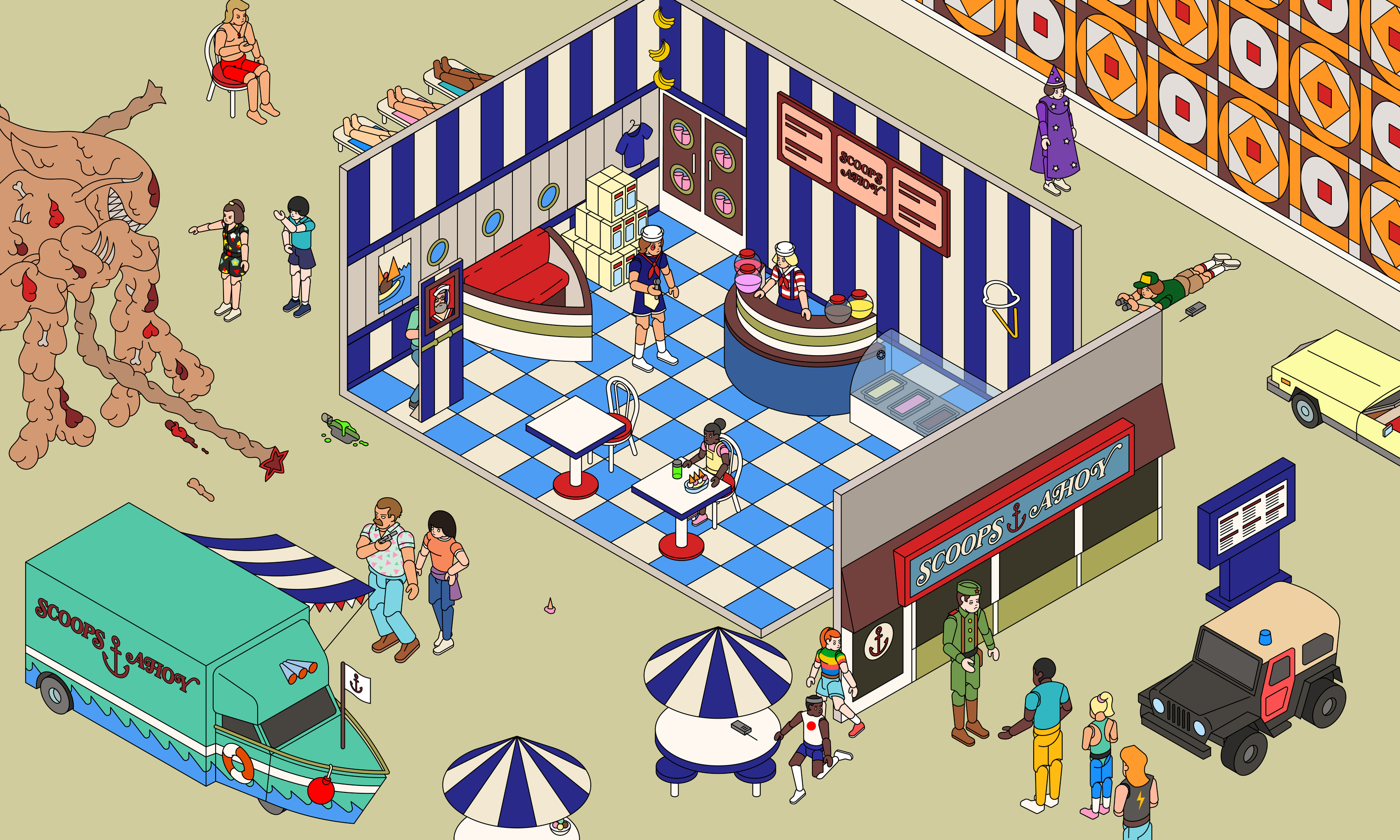 Ahead of this year's New York Fashion Week, Cheetos worked with influencers, fashion designers and agency The Marketing Arm to create 21 Cheetos-inspired looks for its own runway show at a pop-up experience called “House of Flamin’ Haute.” The experience also offered a style bar where visitors could get a “Paws & Claws” manicure, a “Chester’s Ombre Kiss” make-up treatment and “Cheetah Tail Braids” at the in-house salon. Everything was unapologetically Cheetos, with an orange carpet to top it off.

And now some of the less-successful activiations.

To drum up some brand awareness for Halloween, Reese’s put on a live haunted house and got a big name to host in actor Neil Patrick Harris. Influencers and people who got selected navigated through rooms in a “haunted house” as Harris decided what to scare them with, prompted by requests from people watching on Facebook Live. What could have been a fun event (created through Matador Content, CAA and Facebook Creative Shop), quickly got messy as Harris got mixed up about which groups of people were going when, and some rooms were more awkward than spooky. Or maybe the awfulness was scary enough. 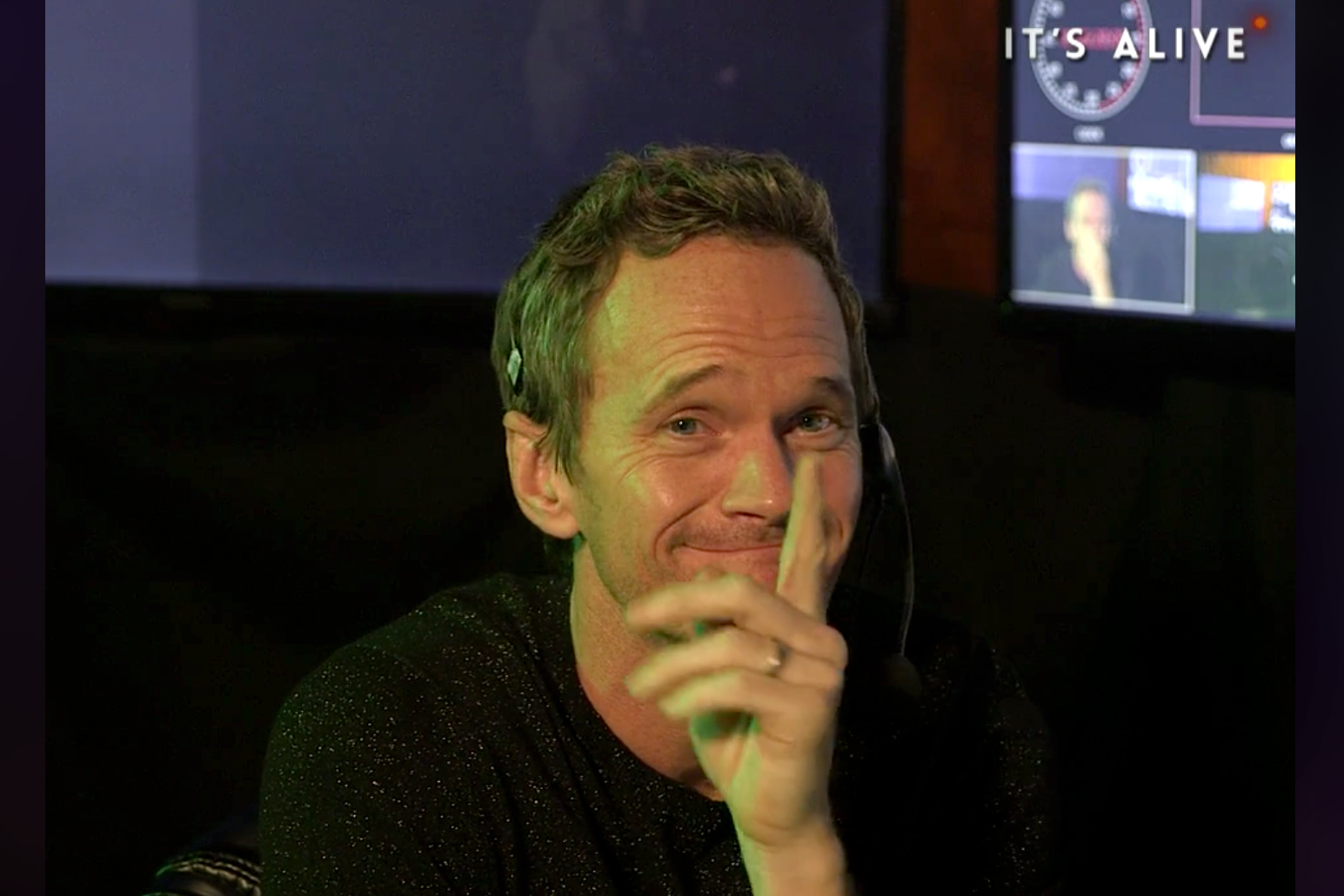 At the U.S. Open, Mercedes-Benz debuted its largest tech-powered activation for the tennis match since it began sponsoring the event in 2010. “Serve Like Sloane” used augmented reality to guide players through mini tennis lessons with U.S. Open champion Sloane Stephens. Players used the Mercedes-Benz User Experience voice assistant to speak with Sloane. While the AR experience, created by experience design studio Helios Interactive, was fun, there was a messaging disconnect between the game and the fact that the voice assistant is available in the cars on display at the experience.

Instagram unveiled a rainbow installation at the Cannes Lions International Festival of Creativity in June, called “Where the Rainbow Ends." It was meant to use the light spectrum as a metaphor for diversity, but in the end, it was really just a simple box that wasn't altogether that exciting—or diverse. 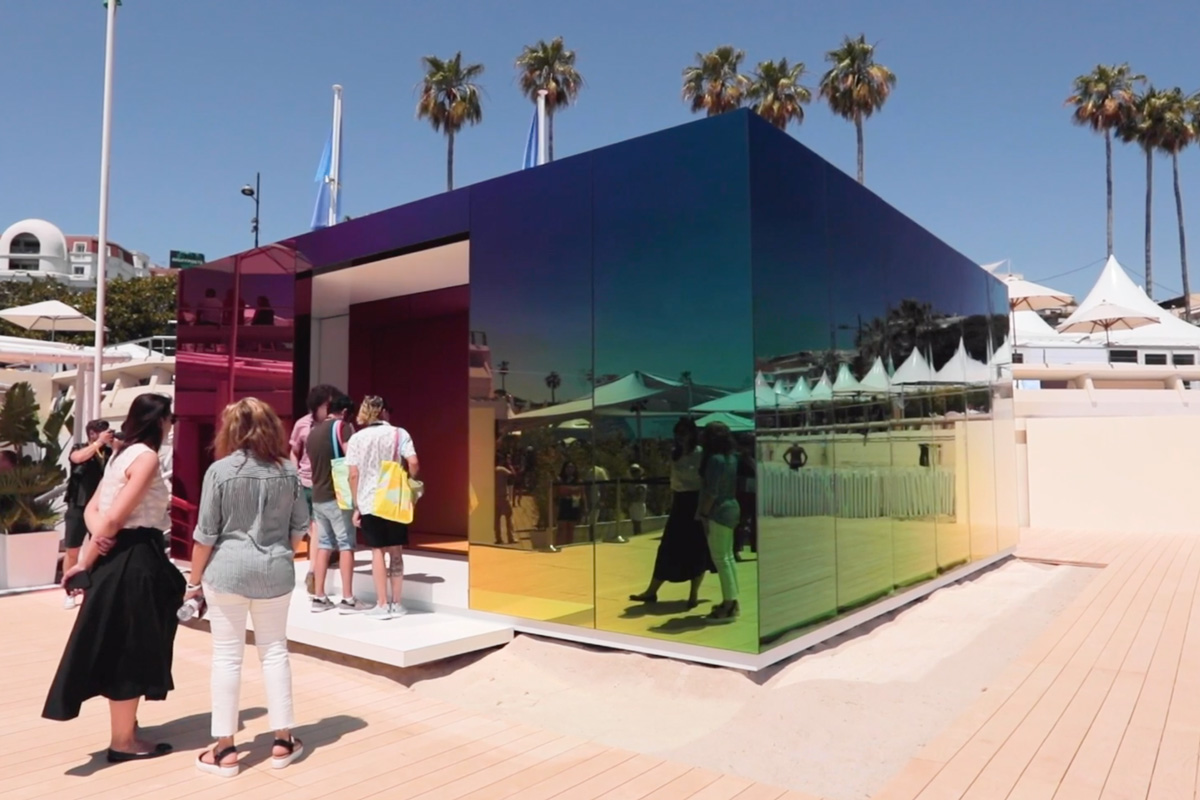