From unexpected flops to planned goodbyes, it was a year of exits
READ THIS NEXT
The 30 best creative brand moves of 2020 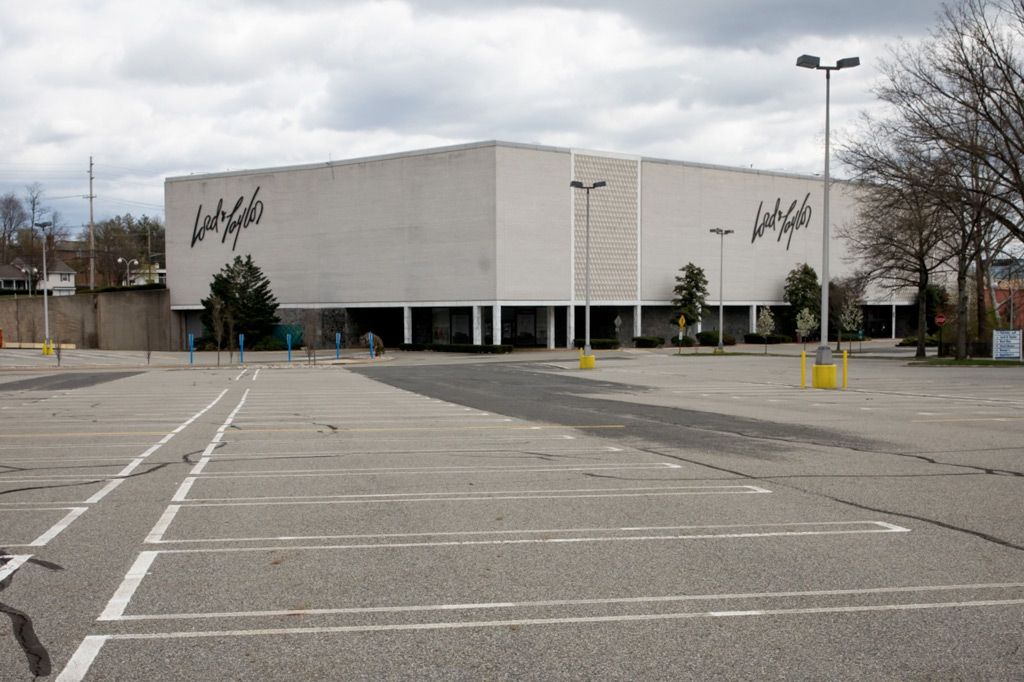 While this year saw scores of bankruptcies—many from long-beleaguered retail brands including JC Penney and J. Crew as well as struggling restaurateurs Ruby Tuesday and Sizzler’s—several brands have restructured enough to limp into 2021. Below are 11 brands that were not so lucky. The list also includes those that have morphed into new identities or had previously planned goodbyes following years of success.

Despite a lifeline from its acquisition last year by fashion startup Le Tote, storied department store Lord & Taylor finally met its end in 2020 after nearly a century of operation. It’s a sad demise for a retailer that had 79 stores and $2.2 billion in annual sales in its heyday.

Late this year, WPP announced it was merging its 103-year-old Grey brand with AKQA and retiring the Grey name. Well, mainly. The new entity, AKQA Group, will have 6,000 staffers.

Not so golden for Saint Archer Gold

As seltzer continues to rise to the top of consumers’ beverage preference lists, brewers are making some cuts. The most recent is Saint Archer Gold, a light lager that began nationwide distribution by brewer Molson Coors earlier this year. Molson Coors recently said it will be halting production of the beer as it focuses on hard seltzer brands.

More Year in Review lists
3 logo redesigns in 2020 that provoked the most snark
Adrianne Pasquarelli
9 tweets that defined 2020
Ethan Jakob Craft
The 30 most Onion-worthy headlines of 2020
James Chase
The 2020 TV comeback that wasn’t: 'The Office'
Jessica Wohl

It was hello and goodbye to Quibi, which didn't last a whole lot longer than the short-form video content it was meant to promote. The app had been backed by some hefty investments from media giants including Disney.

Gotta go to (somewhere other than Mo’s)

Early in the pandemic, sporting goods chain Modell’s announced it would be shuttering its 115 remaining locations. Along with the closures comes the loss of one of marketing’s earworm taglines “Gotta go to Mo’s—Modell’s.”

It was the end of an era earlier this year for Century 21, the discount department store chain. While the retailer had locations in Florida and Pennsylvania, the brand’s 59-year-old roots were in New York City.

Jet.com was not a Jet all the way

It was only a matter of time for Jet.com after Walmart acquired the e-commerce brand, its competitor to Amazon, four years ago for $3 billion. In May, Walmart said it would pull the plug on the purple-hued brand as it merged operations into Walmart.com.

Coca-Cola North America finally put Tab on the chopping block this year as it focused on better-performing brands including Topo Chico Hard Seltzer. Founded in 1963, the diet soda aired quite a few ads, many of which would not pass muster today. Mind sticker? No thanks.

End of the road for the Chevy Impala

The pandemic had nothing to do with the demise of the Chevy Impala, which was destined to be retired, giving way to more popular cars including SUVs. The last Impala sedan was produced in February.

After a successful 11-year run, Modern Family aired its last episode in the spring. However, unlike many of the other brands on this list, the exit was a planned one for the ABC sitcom, on which a 30-second spot cost nearly $150,000 during the final season.

Zico left out to dry

Thirsty fans of Tab can take consolation in the fact that it’s not the only brand Coca Cola has axed this year. Zico, the coconut water it acquired seven years ago, also got the boot, as Coke focuses on better-performing brands.